You are here
Home > bayelsa > OBITUARY: Okara, literary icon who discovered his writing talent after Herbert Macaulay ‘seized his pencil’

Cryptically crafted, Gabriel Okara’s The Call of the River Nun, written in 1953, transcended beyond an ode to the river that passes through his native home in the Niger Delta. He mused in flowery tongues the transient nature of life. While he reminisced on the glories of his childhood at the feet of the flowing stream which served as a trading hub between the locals and the Europeans, he saw life beyond the river when his pilot would call him home.

At 32 when he authored the poem, he dreaded the “cold embrace” of the “inevitable course”. His voice resonated his fear of an uncertain life ahead. He wrote: “And each dying year brings near the sea-bird call, the final call that stills the crested waves and breaks in two the curtain of silence of my upturned canoe.”

Whereas, in his early 90s, Okara was said to be agile and still committed to the calling of his craft as the rivers of life seemed to flow in his favour. But with just a month to his 98th birthday, he heard the final call and took his last breath. His demise took many by surprise although he was at the precipice of mortality. In the world of art, Okara’s departure signals the end of an era of literary finesse for a man famed as Africa’s oldest living poet.

BORN IN THE NIGER DELTA 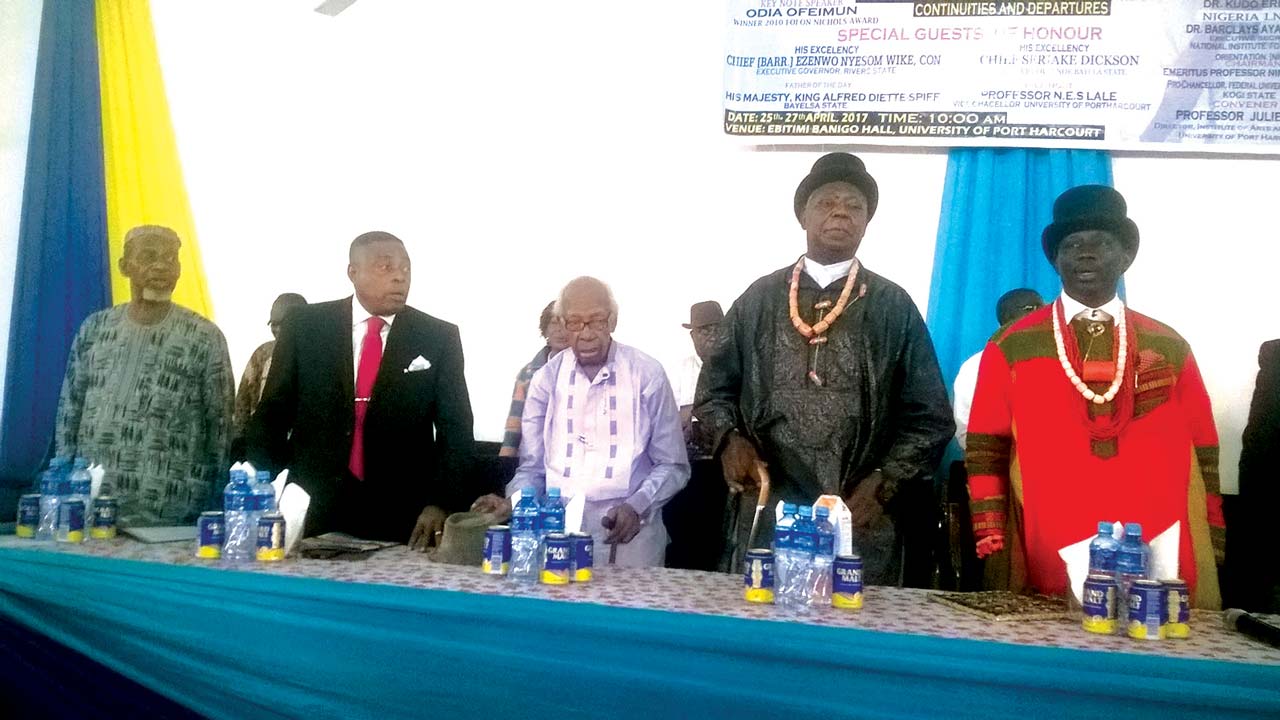 Born on April 21, 1921, to an entrepreneurial Ijaw chief, Samson Okara and Martha Olodiama in Bumoundi, Bayelsa state, Okara attended Government College Umuahia, Abia state, and moved to Yaba Higher College. After high school, he started working as a printer and bookbinder for a publishing company in 1945.

During World War II, he tried to join the British Royal Air Force but failed medical. He later worked for the British Overseas Airway Corporation, which changed to British Airways. In 1949, he studied journalism at Northwestern University in the US. Okara, who was said to have got married and divorced three times, sired four children. 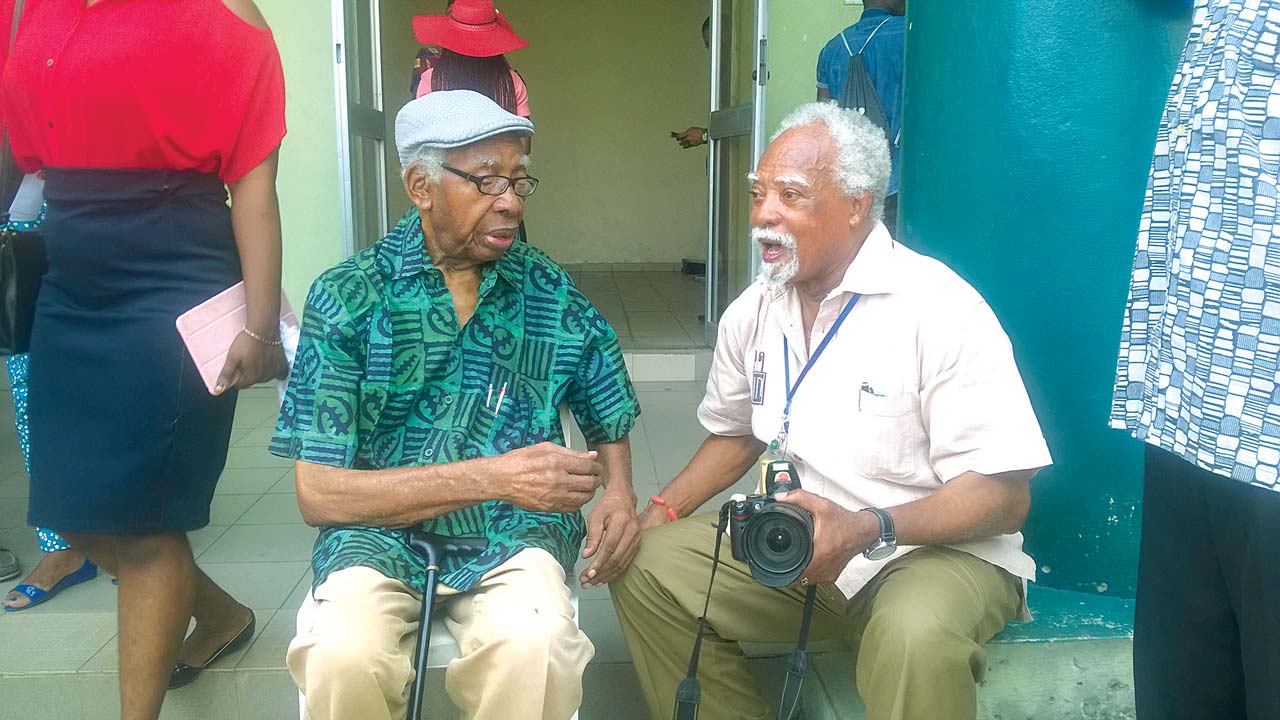 Not so many people knew that before Okara became a poet, he was a talented painter. According to him, his decision to quit painting after a successful art exhibition in Lagos resulted from a dream where Herbert Macaulay, a former Nigerian nationalist leader, appeared to him.

“And then he left behind three volumes…titled, DOWN, DEVIL, DOWN. I had no idea what this meant. But I no longer wanted to paint again. It was then that I started writing. And since that incident, I began to write poetry.” 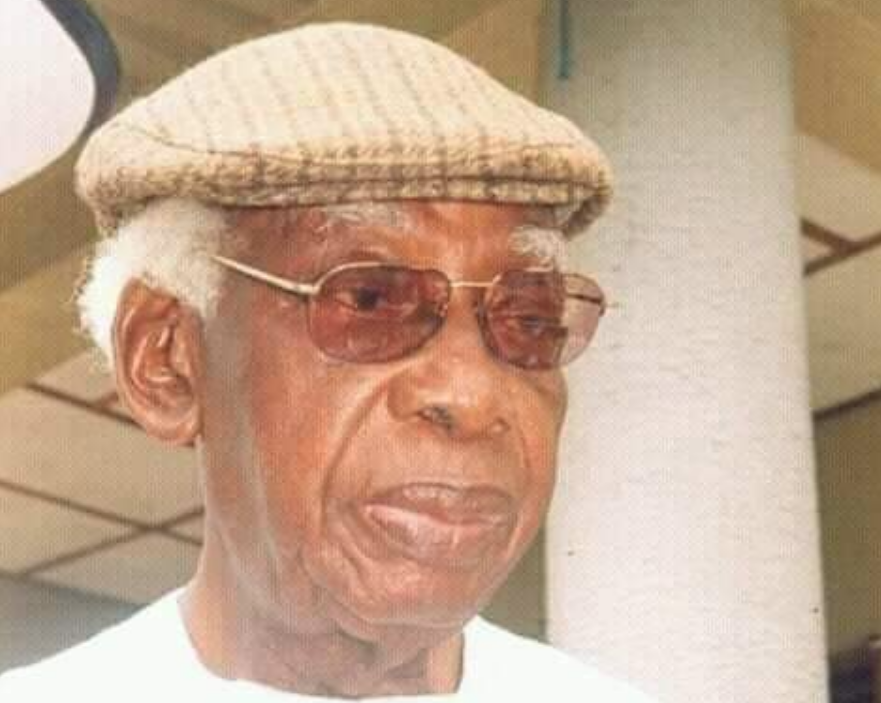 Unlike other famous Nigerian writers of his time, Chinua Achebe, Wole Soyinka, John Pepper Clark and Christopher Okigbo, who passed through the University of Ibadan where their crafts were oiled. Okara began his literary journey on a rather rough note – self-educated.

Nevertheless, late Okara rose to become the first modern African writer and the first renowned English-speaking black African poet. The poet, who began his writing career at college in Umuahia, is popularly referred to as the Nigerian Negritudist. By 1960. he became the first Nigerian writer to publish his work in the world-renowned literary journal, Black Orpheus.

At first he translated poetry from Ijaw into English and wrote scripts for government radio.

ADVOCATED THE BIAFRAN CAUSE 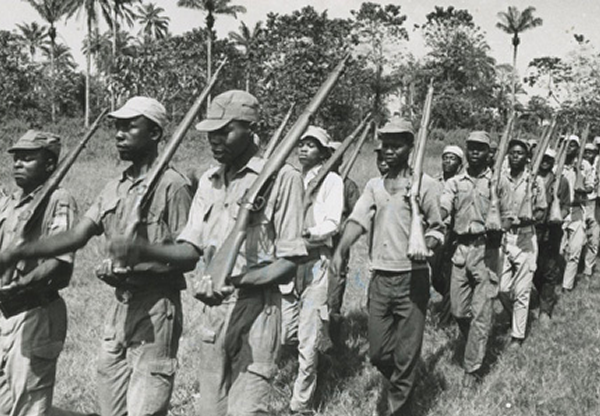 During the Nigerian civil war, he went on diplomatic missions to Europe and North America with Achebe and Cyprian Ekwensi as an ambassador representing the interest of Biafra. He was later appointed the director of the Biafran cultural affairs division of the propaganda directorate, where he also mentored leading Biafran writers and artists till the end of the war.

However, many of his unpublished manuscripts were destroyed during the Nigerian Civil War. In 1953, he won the best all-round entry in poetry at the Nigerian Festival of Arts for The Call of the River Nun. In 1979, he also won the Commonwealth Poetry Prize and in 2005, took home the NLNG prize. 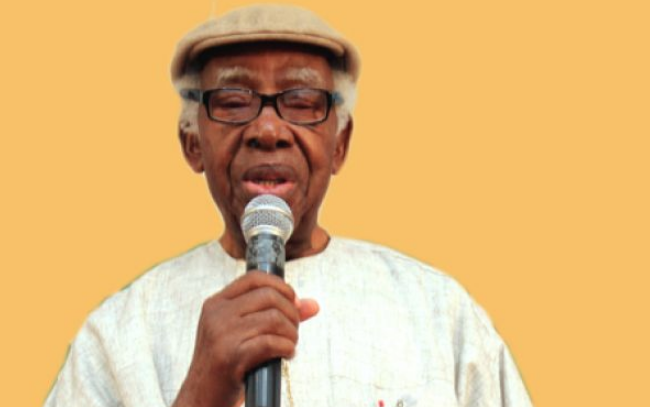 In his poems, Okara talked about the nature of corruption in Nigeria and how it was bleeding the country to extinction. While he was a member of the African Leadership Forum, chaired by former president Olusegun Obasanjo, he proffered solutions on how to end corruption in the country.

“It was mainly a gathering of like-minded people against corruption; bad government and that sort of thing. So that sort of thing we debated, both within and outside this country – before he became the president. But the fact is that it has become an attitude, an accepted norm – in this country – that nothing goes for nothing. Yes. Nothing goes for nothing,” he said in an interview.

“When Obasanjo became president, many of us were very very glad, because we had debated and talked, with him, of ways of fighting this corruption endemic in the country. And one of the ways, we all agreed, was to start from the very top. Whoever one might be, if found to have engaged in any malpractice would be dealt with.”