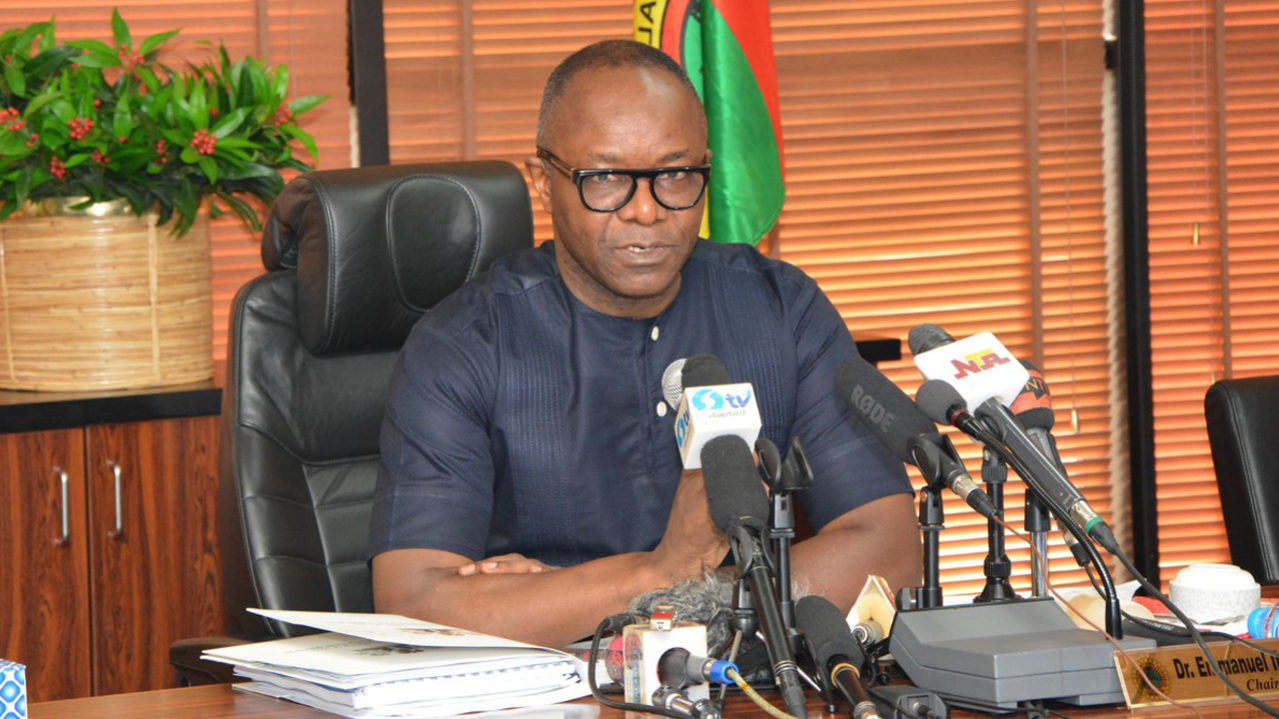 • Urge Kachikwu, DPR To Reveal Details Of Renewal
• There Is Need For Due Process, Transparency, Olawuyi Insists
• Early Renewal Will Protect Investment In Sector, Says Iledare
• Pass PIB Before General Election, Okigbo Urges Buhari
Despite Friday’s assurance by the Federal Government that there were no irregularities in the ongoing renewal of over 42 oil licences, stakeholders in the oil and gas sector, yesterday, raised the alarm over the ongoing exercise.

Even though the Petroleum Act of 1969, as well as the Petroleum (Drilling & Production) Regulation of 1969 (as amended in 2001) authorise the Minister of Petroleum Resources to renew oil licenses once statutory payments in terms of applicable royalty, concession rentals and fees are paid, stakeholders insist that renewing the licenses without passing the Petroleum Industry Bill (PIB) remained a major setback for the country.

While reacting to reports alleging that the House of Representatives plans to investigate him and the Department of Petroleum Resources (DPR) over alleged irregularities in the oil and gas lease renewal, the Minister of State for Petroleum Resources, Dr. Emmanuel Ibe Kachikwu said he was favourably disposed to responding to questions should the lawmakers require clarification on the issue.

With the PIB, the experts say fiscal terms in the renewal processes would have been highly improved, while the country would negotiate from a position of strength in an atmosphere that provides confidence for investors.Indeed, some noted that the ongoing renewal could be compromised by lack of transparency, accountability and due process, which were basic barriers inherent in the extant regulations.

The Ministry of Petroleum Resources had redirected The Guardian to DPR, when a request was made for details of the ongoing renewal.
Contacted through e-mails and series of phone calls, the Head, Public Affairs Unit (PAU) of the DPR, Paul Osu failed to provide details as at the time this report was filed. But The Guardian learnt that about 42 oil licences are due for renewal this year.

According to upstream concession status contained in the firm’s yearly report for 2017, about 51 OPLs and OMLs of different oil blocks expired between 2010 and March 2017. Another 85 OPL and OML will expire between April 2017 and 2029. Kachikwu, who had earlier confirmed the ongoing renewal to The Guardian, stated that all oil blocks that are due for renewal would be approved by the first quarter of the year.

Attributing the development to an early renewal policy that was instituted by the current administration, Kachikwu disclosed that over $2b had already been generated from the renewal to enable the country finance its budget. Olawuyi noted that even though legal requirements were clear on the renewal, there was the compelling need for due process and transparency in the renewal process.

“The chief concern is the need for due process and transparency in the renewal process, most especially providing accessible information and data as to whether and how oil companies that have applied for renewal have met the prescribed legal requirements. “For example, how many oil companies have remitted royalties as at when due, what is their production and compliance track record, and to what extent can the Department of Petroleum Resources grant discounts, rebates and waivers in case of record of non-compliance by an applicant company,

“In order to provide clear guidelines and answers to these recurring questions, it is essential to update and infuse some obsolete provisions of the law with greater transparency and accountability safeguards. International best practices on transparency and accountability would have to be clearly understood and implemented in the oil and gas industry,” Olawuyi said.The don noted that the renewal of all expiring licences in a timely manner would encourage sustained investments in the oil and gas sector.

“Oil and gas companies want the long term certainty and confidence that comes with having exploration and production rights for another 20 years or more.  Renewing the licenses should therefore accelerate investment flows and long term growth in the Nigerian oil and gas industry, while significantly boosting government revenue,” he noted. Adefulu on his part noted that the current administration had done the best with the earlier renewal initiative, stressing that even though the PIB was not passed, the sector needed to progress. He downplayed the impact of PIB on the ongoing renewal, stressing that most of the licenses that require urgent legal attention were under the Production Sharing Contract (PSC).

Adefulu said: “We cannot fold our hands and wait for the PIB. Without the PIB, there are certain actions that must be taken to secure the future of the oil and gas sector.”But Diran said it remained unfortunate that the renewal did not come under the PIB, adding that the Federal Government must engage the oil firms on terms that are mutually beneficial.

Much as multinational companies would appreciate long-term contracts and legislated agreements, he advised the government to sign Memoranda of Understanding (MoUs) pending when the country would come up with a new legislation. Iledare corroborated Diran’s submission on early renewal of licences, but stressed that government must work hard to get the best terms from the new contract.

“The contracts renewal is good because it will take away the unpredictability of what will happen after the election,” he said, just as he warned the government against renewing leases that won’t expire this year as such a development would constitute a loss to the country in the face of current volatility in the sector.

The failure to secure presidential assent on the PIB, according to Okigbo indicates that significant uncertainty remains on the legal framework governing the petroleum sector in the country.  Estimates by an industry advocacy group, “Publish What You Pay,” said the uncertainty costs Nigeria about N3t yearly.

Okigbo advised that stakeholders in the sector must work with the Presidency to ensure assent to the bill, adding that it must be signed before the 2019 general elections to enable President Buhari take credit for passing such a revolutionary bill.“The Federal Ministry of Petroleum Resources and the National Assembly have worked together to address those issues, which the Presidency claimed were its reasons for the refusal of assent to the new version of the PIGB.