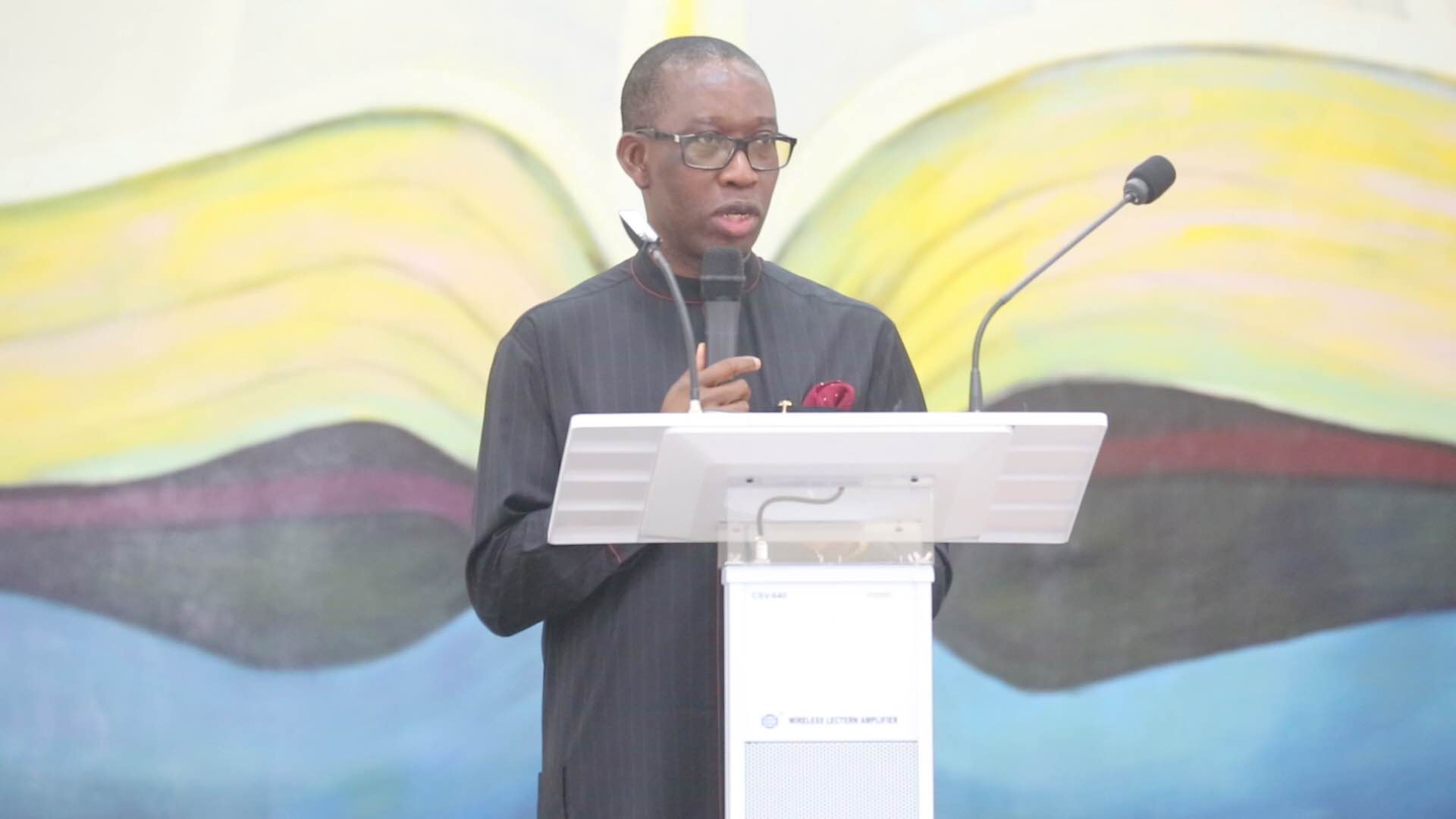 Gov Ifeanyi Okowa of Delta has tasked incoming 2019 batch A members of the National Youth Service Corps (NYSC) on dedication to service and imbibing leadership qualities.

Okowa gave the task at the swearing in of the corps members at the NYSC orientation camp in Issele-Uku on Friday.

The governor also charged the corps members to engage in skills acquisition programmes during the orientation course.

He advised them to see their deployment to Delta as divine and not an error as it would encourage them to see themselves as part of the development in the state.

The governor assured them that his administration was committed to the success of the NYSC scheme.

He said government recently commenced renovating dilapidated structures in the orientation camp and was also building new structures there to create a conducive environment for the corps members.

He noted that the youth development program would support the NYSC positively and help corps members to acquire some skills.

Okowa also charged them to be prepared to serve Nigeria diligently and relate freely, starting from the orientation camp.

The Chairman, NYSC Governing Board and Secretary to the State Government, Mr Ovie Agas, admonished the corps members to seize the opportunity provided by the scheme to mobilise communities for developmental projects.

He enjoined agencies working in synergy with the NYSC to train and equip the corps members for national development.

The Delta NYSC Coordinator, Mr Omotade Ayodele, said that 2,353 prospective corps members made up of 1,159 male and 1,194 female completed their registration and were sworn in at the ceremony.

Ayodele recalled that the scheme was founded almost 46 years ago to inculcate in the Nigerian youths, the spirit of selfless service to the community.

He said that it was also founded to emphasise the spirit of oneness and brotherhood of all Nigerians irrespective of their culture.

The coordinator urged the corps members to fully participate in orientation activities as it would prepare them for the service.

He advised them to be humble, positively influenced and do all that was legally possible to gather the needed resources to make a good service year.