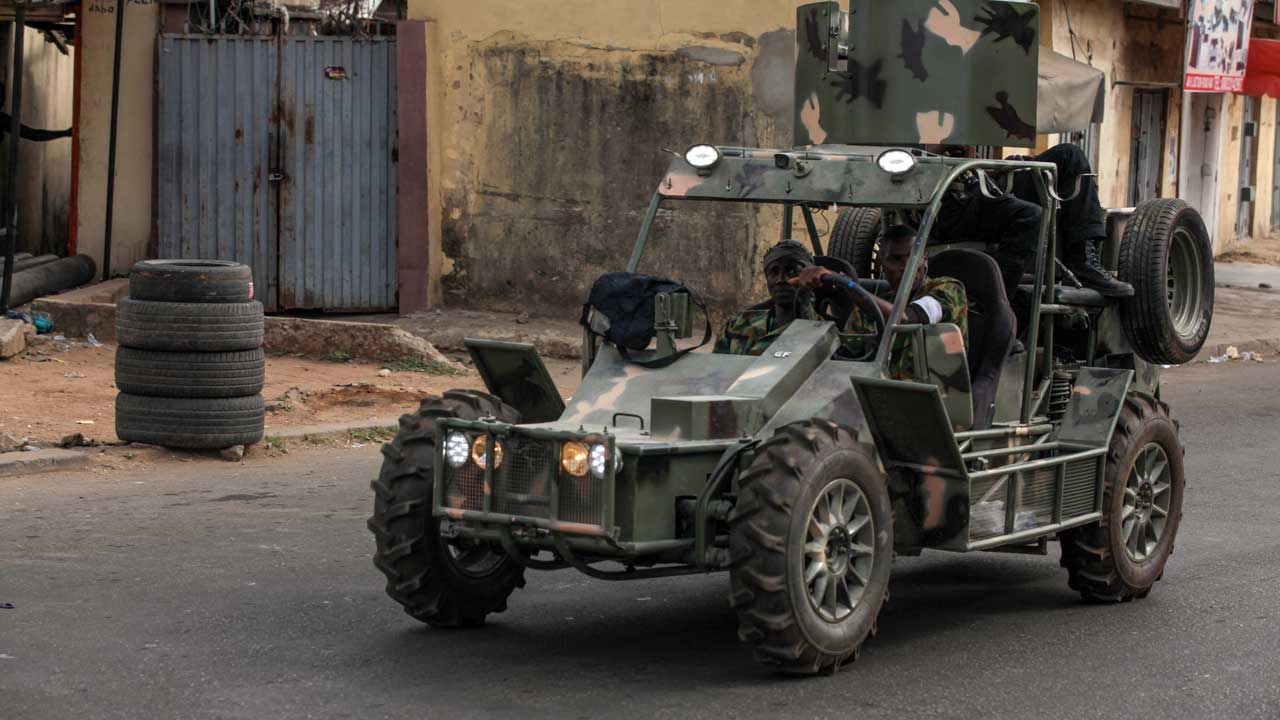 A military vehicle patrols the streets of Kaduna during Nigeria’s governorship and state assembly elections, on March 9, 2019. For the second time in a fortnight, Nigerians went to the polls to elect governors in 29 of Nigeria’s 36 states, all state assemblies and administrative councils in the Federal Capital Territory of Abuja. The Independent National Electoral Commission (INEC) is expected to announce the results in a few days. KULA SULAIMON / AFP

The Nigerian Civil Society Situation Room has called on President Muhammadu Buhari to, immediately, issue orders to the military hierarchy to comply with constitutional and legal responsibilities and conduct themselves within the scope of their roles and responsibility as provided in Section 29 (3) of the Electoral Act 2015 as amended.

Head of the Situation Room, Clement Nwankwo, in a statement, yesterday, in Abuja, said deployment of military hardware, including fighter jets and attack helicopters, among others, as well as excessive military deployment across the country posed an unacceptable and disenfranchising atmosphere and represents a major disincentive for good voter turnout or free exercise of choice by citizens.

According to Nwankwo, tension is palpable and would only serve to undermine the credibility of the election process.

“Reports from across several states and some Resident Electoral Commissioners (RECs) point to an intimidating presence of military personnel, who are unwilling to assist in providing security and safe delivery of election materials in locations and the Independent Electoral Commission (INEC) is completely helpless in this circumstance.”

“The escalation of violence has led to loss of lives and destruction of properties in Oto-Awori, Ojo Local Council in Lagos State, where 35 vehicles were burnt, and two persons killed as a result of violence among APC members. There is tension and apprehension in Okirika Local Council in Rivers State, due to heavy deployment of the military and sporadic gunshots. These are just a few examples of the escalating cases of violence that our observers have reported,” the statement read.

He also called on INEC to use the mechanism of the inter-agency security platform to address cases of security overreach and intimidation.

Nwankwo urged citizens to remain calm and vigilant, as they cast their votes.