You are here
Home > Benue > Ortom’s reelection: We have crushed godfatherism in Benue ― Lawmaker 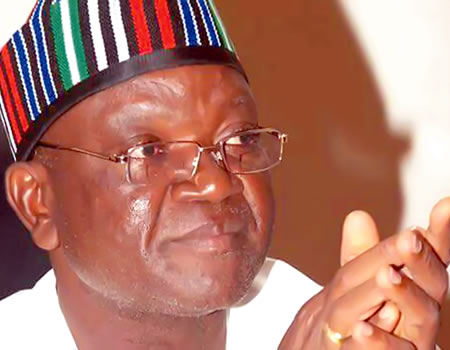 A member of the Benue State House of Assembly representing Kwande West State Constituency, Joseph Boko has expressed better days for the people of the state with the reelection of Governor Samuel Ortom.

Boko who addressed newsmen in Makurdi yesterday said that the economic and social backwardness of the State in the past was as a result of the dominance of political godfatherism.

He said that godfatherism had been decimated with the results of the just concluded election.

The lawmaker said that godfatherism hinted that  Governor  Ortom had been in the den of a godfather, hence, the poor service delivery to the people in the past four years.

According to him, ‘the issue of godfatherism was a hindrance to Governor Ortom in the past as a larger chunk of resources meant for development usually went to the godfather at the expense of the masses.

“I know how deeply concerned the present governor feels about issues of development in the state but the issue of godfatherism was over glorified in the state and that made planning and execution completely down.

“But now that the godfather has been crushed, I can assure you that with the reelection of  Ortom, things will change for the better.

“I am concerned that Benue along with other stakeholders within the state had desirous of going up from where we are. Am assuring you before the entire world that Benue will be different especially with godfatherism already crumbled.

“The task ahead for Ortom is not only to engage people but to get the ball rolling. There has to be massive job creation, the issue of salary must also be resolved and those who were laid off illegally must be brought back.

“Also I can assure you that as an agrarian society, we must demonstrate our status as a food basket of the nation by regenerating the causes of food production.

“The administration has to have a form of reset and think in line with the governor. The governor should also be ready to deliver. Ortom has defended the people, this is the time to feed them,” the lawmaker said.

He, however, advised the APC governorship candidate, Emmanuel Jime who lost to Governor Ortom to eschew bitterness and to jettison the idea of challenging the election at the tribunal.

The post Ortom’s reelection: We have crushed godfatherism in Benue ― Lawmaker appeared first on Tribune Online.