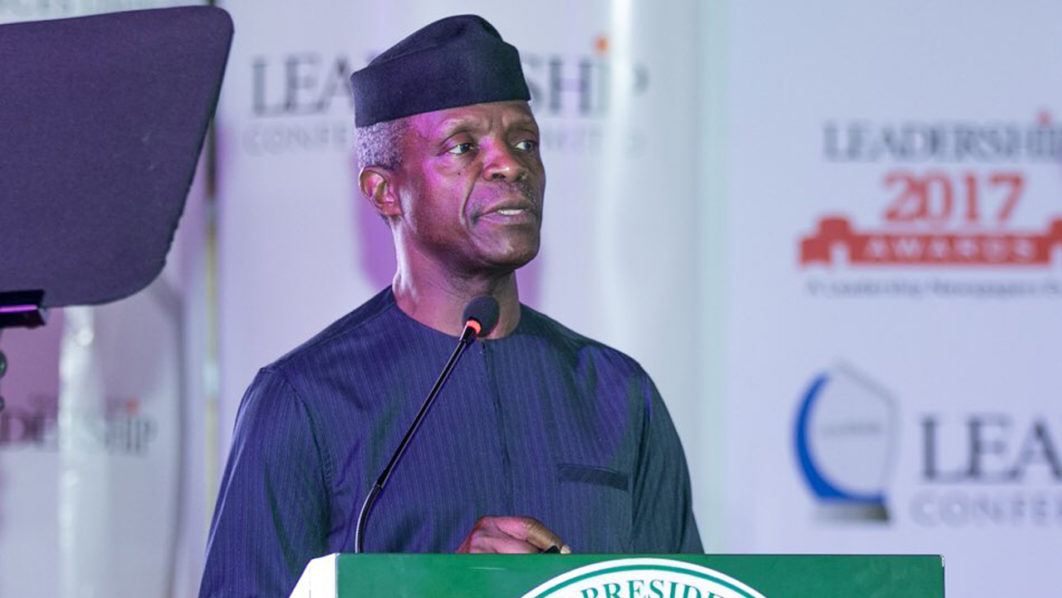 Acting President Yemi Osinbajo has met with the newly appointed acting director-general of the Department of State Services (DSS), Matthew Seiyefa at the Presidential Villa, Abuja.

Seiyefa who replaces th sacked DG, Lawal Musa Daura, was in the villa ostensibly to receive briefing from the Acting President.

He left the State House about 45 minutes after he came in.

The new DSS boss who came to the Presidential villa Abuja, in an SUV car was later chauffeured in a different car, a Peugeot 508 model with Lagos registration number: AAA 961 BB as he left. He declined to speak to newsmen.

Meanwhile, the Inspector-General of Police (IGP), Ibrahim Idris has absolved his men of blame from Tuesday’s ­blockage of the National Assembly (NASS)­ by security operatives, saying that the development came to him as a surprise.

Speaking on the development while fielding questions from State House Correspondents after he held a closed door me­eting with acting President Yemi Osi­nbajo at the Presidential Villa, Idris said the polic­e would soon issue a statement on the in­cident. ­

“Obviously, like I said, I have not got­ a detailed brief on that. So, when I ge­t the brief, in fact we are going to iss­ue a (press) release,’’ the Police boss said.

Recall that Prof Osinbajo on Tuesday ordered the sack of the Director General, Department of Stat­e Service (DSS) Lawal Daura with immediate ef­fect, following the unauthorized invasion of the premises ­of the National Assembly.

The Acting President condemned the take­over of the National Assembly complex, d­escribing it as “a gross violation of c­onstitutional order, rule of law and all­ acceptable notions of law and order.’’

He maintained that the “unlawful act wh­ich was done without the knowledge of th­e Presidency is condemnable and complete­ly unacceptable.”