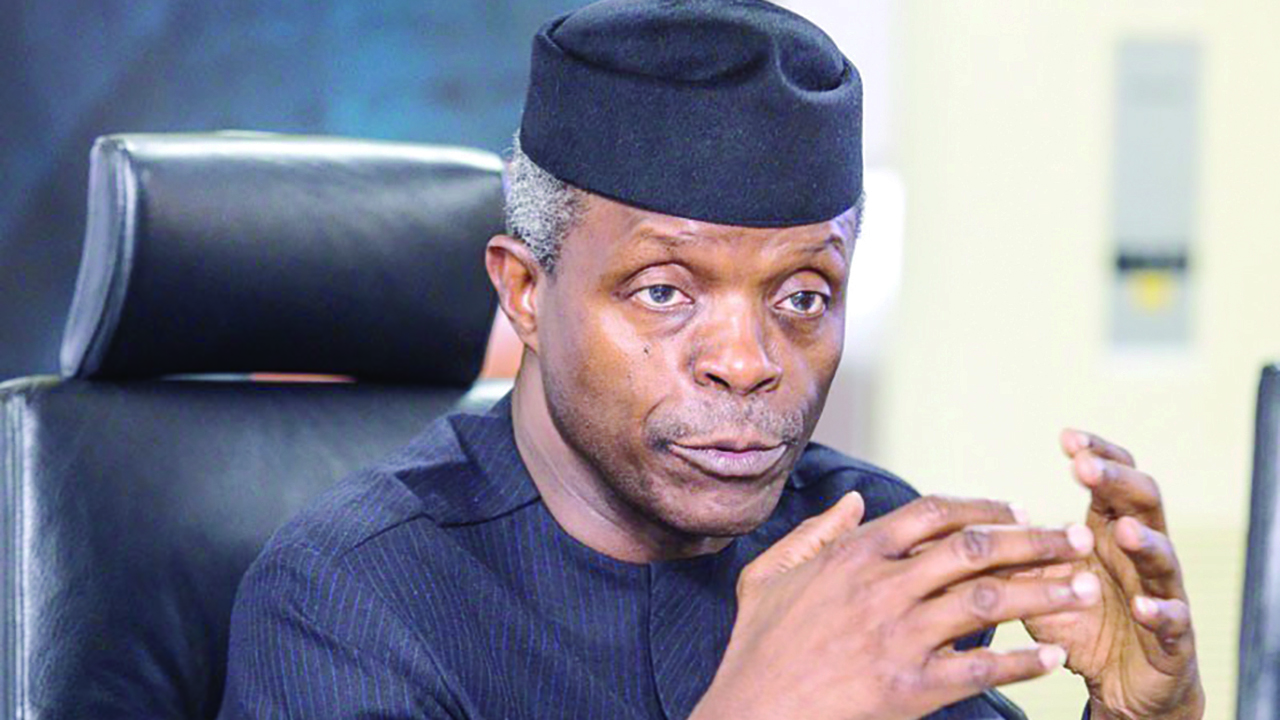 Vice President Yemi Osinbajo has urged Nigerians to put aside the differences that trailed the 2019 general elections and join government to build a nation that would be envy of the world.

He dismissed insinuations that the present administration has an agenda to Islamise the country, stressing that the constitution guaranteed religious freedom.

Speaking at the Religious Liberty Partnership consultation yesterday in Abuja, Prof. Osinbajo noted that God deliberately brought Nigerians together to teach the world that “we can stay together and build a unified nation,” adding that the purported islamisation was being used by the elite to suit their purpose.

He said: “The time of politics and campaigns usually come with certain divisions. But the election is over and we need to put our differences aside and know that it is time for nation building.

“It is unfortunate that religion, which is supposed to help us live together, is used to cause division in the country. The present government is committed to religious freedom in Nigeria as guaranteed by the constitution.

“We have to build the nation and live in harmony, so that posterity would be proud of us. The nation cannot grow when there is trouble. It is better we stay together in harmony and build a nation that would become a pride to the world.”

The vice president, who was represented by the Aso Villa chaplain, Pastor Seyi Malomo, decried the continuous religious crises in Nigeria over the years. “They exacerbated even before this administration. In the present administration, there isa considerable reduction, but we are not totally out of the woods yet.”

The chairman, Board of Directors of CSW Nigeria, Wilson Badejo, said the aim of the programme was to encourage and nurture partnership and collaboration among Christian organisations to focus on religious liberty.

His words: “Situating the concept of religious freedom as espoused by Religious Liberty Partnership and what is obtainable in Nigeria provides a curious study: the country doesn’t have shortage of laws guaranteeing religious freedom; but in actual practice, there is a wide gap between the laws and full adherence.”

“Documented and verifiable stories and incidents abound in the north where acts of religious persecution are high: forceful conversion and marriages and bureaucratic refusal to grant permit for the building of worship centres abound.