OluwaseunAyodeji Osowobi, founder Stand to End Rape Initiative, has become the first Nigeria to be named the Commonwealth Young person of the Year.

Earlier, TheCable had reported that the 28-year-old was nominated alongside 15 others from 45 countries within the Commonwealth for the prestigious award.

On Wednesday, Osowobi had the double honour of winning the regional prize as the most outstanding young person in development work for Africa and Europe, and the overall prize as the young person of the year across the Commonwealth.

The Ahmadu Bello University (ABU) graduate, stood out among the three other young persons selected from India, St Lucia, Solomon Islands and 41 other countries within the Commonwealth.

She has also become the fourth African to win the overall prize, since it was re-launched in 2012, receiving a cash prize of £5,000.

Osowobi, who herself is a survivor of sexual violence, set up the Stand to End Rape Initiative (STER) to provide support to women, men and young people who have experienced any form of gender-based abuse.

“This award reminds me that when young people don’t look away in the face of injustice, and say ‘no’ to cultural biases, we have the capacity to create change because we are magic,” she told the Commonwealth Secretariat,

“Winning this award encourages me to keep working hard to build a safe community for women, girls and men in Nigeria and that my story is valid.

“To my team and I, the award is a reminder that our work is seen, felt and should not stop now.”

SCOTLAND: THE WINNER IS FEMALE 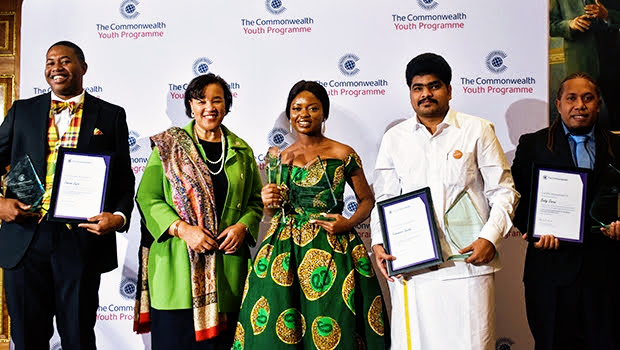 With four regional winners, three of them men, Patricia Scotland, the secretary-general, who presented the awards, had an easy way of declaring the winner without mentioning a name, she simply said: “The Commonwealth Young Person of the Year 2019 is female”.

“The Commonwealth has remained at the forefront of youth engagement because we recognise – within the diversity and broad distribution of our worldwide family – the powerful individual agency of young people.

“With many of our nations experiencing a demographic bulge of younger people, partnering with youth becomes ever more important.”

Osowobi, who had her Master’s Degree in International Relations with specialization in Gender Studies from Swansea University, UK, assured the Commonwealth that she would do more, describing the award as a re-affirmation of how important her work is, in the world today.

“Our organisation provides medical, legal, mental health and psychosocial support, and empowerment services – depending on the requirement. In certain instances, we provide shelter access and financial support to survivors,” she said.

“Having experienced sexual violence myself, I understand the cultural barrier of speaking up, and the lapses or lack of services available.

“This award is a reaffirmation that elimination of sexual violence in Nigeria and other Commonwealth Countries is important and a core agenda of the Commonwealth Secretariat as we work towards achieving a ‘Connected Commonwealth’.” 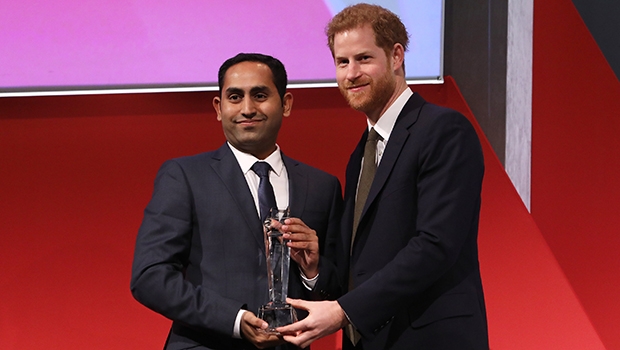 Usman, from Australia, won the award in 2018

In 2018, Nigeria’s Omowumi Ogunrotimi of Gender Mobile was also a finalist in the same category, and she went on to win £1,000 for her work with Gender Mobile.

The Commonwealth Youth Awards for Excellence in Development Work aim to raise the profile and highlight the contribution young people make to achieving the Sustainable Development Goals (SDGs).

Examples range from poverty alleviation to conflict prevention and resolution, to promoting and enhancing democracy and development.

Oluwaseun was selected from 16 finalists and four regional winners. More than 500 people from across the Commonwealth were nominated for the award.

The awards have been in existence for almost three decades, but it was relaunched in 2012 to feature the Commonwealth Young Person of the Year. A first winner was named in 2013.

Previous Commonwealth Young person of the Year award winners are:

Osowobi joins the list in 2019 as the first Nigerian to be so honoured! Find out more about her work here.