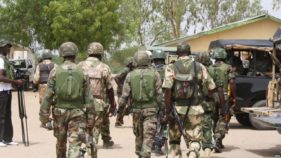 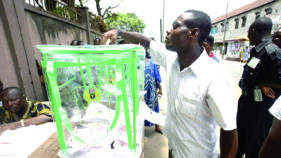 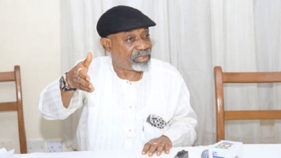 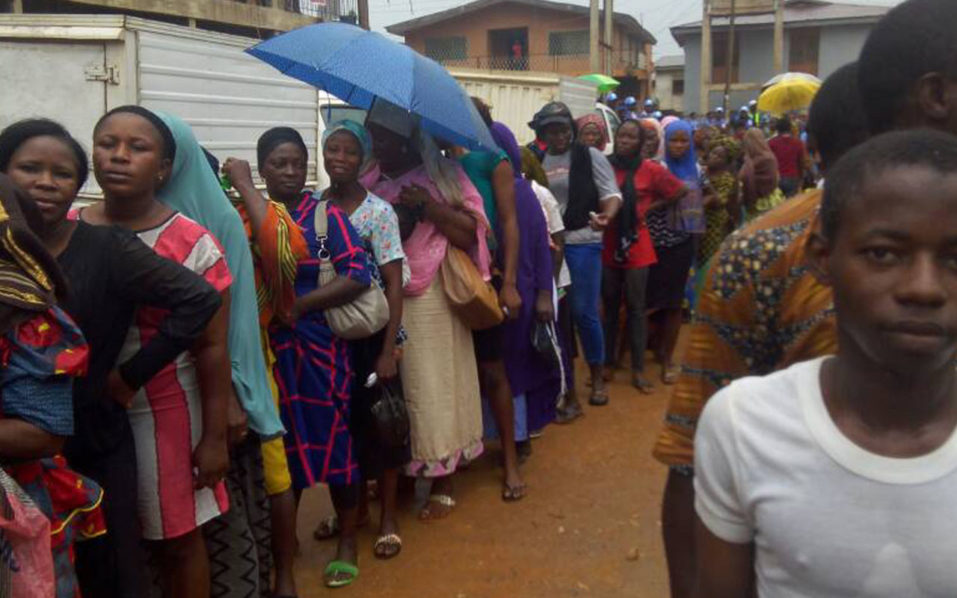 There was mild drama at Polling Unit 17, Ward 5, Adewale Street, Alekuwodo, Osogbo, when voters that came out to participate in the Osun governorship re-run election refused to quit the queue in spite of a heavy downpour.

The News Agency of Nigeria (NAN) reports that the election process started at 8 a.m. on Thursday but at around 9:12 a.m., there was a heavy downpour which halted the process.

The sudden rainfall had everybody running for cover but voters already on the voting queue, who initially ran for cover, quickly returned when they noticed that others who refused to take cover had moved forward to replace them.

By the time the rain subsided, all the voters on the queue were already drenched.

The voting, however, continued at 9:30 a.m. when everyone (INEC staff, securty, media men and others) had returned to their posts.

Earlier, some middle-aged men and an elderly woman who came with Permanent Voter Cards from another unit, had attempted to cast their votes but were disallowed by vigilant security and party agents.