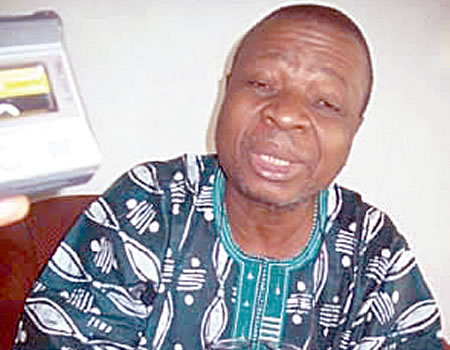 Former Minister of Transport, Chief Ebenezer Babatope has expressed joy over the declaration of Osun Governorship Election Tribunal which pronounced the candidate of Peoples Democratic Party (PDP), Senator Ademola Adeleke, as the winner of the last election in the state, describing the judgement as a great victory for the Nigerian people.

According to him, the verdict is also a great day for every Nigerian and those who believe in democracy.

Babatope, a chieftain of PDP, said this in reaction to the verdict while speaking with newsmen at the Ikoyi, Lagos residence of Chief Olabode George.

“This is a great victory for the Nigerian people. I am a proud Osun man, I am a proud Nigerian citizen. That they have declared Ademola Adeleke governor is a great day for every Nigerian and those who believe in democracy.

This was just as he recalled the prophecy made by the sage, saying: “On 13th of November 1983, Baba Awolowo made a prophesy that many of us may never know democracy again no matter how long we live.”

“But at 76 years of age, I am very happy that I will report to Baba Awolowo when I get to heaven that God has answered our prayers and Nigerians now see democracy,” he said.

Babatope said the Tribunal verdict in respect of the PDP governorship candidate in Osun was an indication that the party presidential candidate, Alhaji Atiku Abubakar, who is also contesting his election before the Court of Appeal, would also win and become Nigeria’s president, come May 2019.

“Atiku Abubakar will also win his Tribunal case,” he said, declaring that: “Nigerian judiciary has shown that they are capable of doing what many people thought they cannot do.”

“We thank them let APC go to any court, we are going to get justice,” he added.