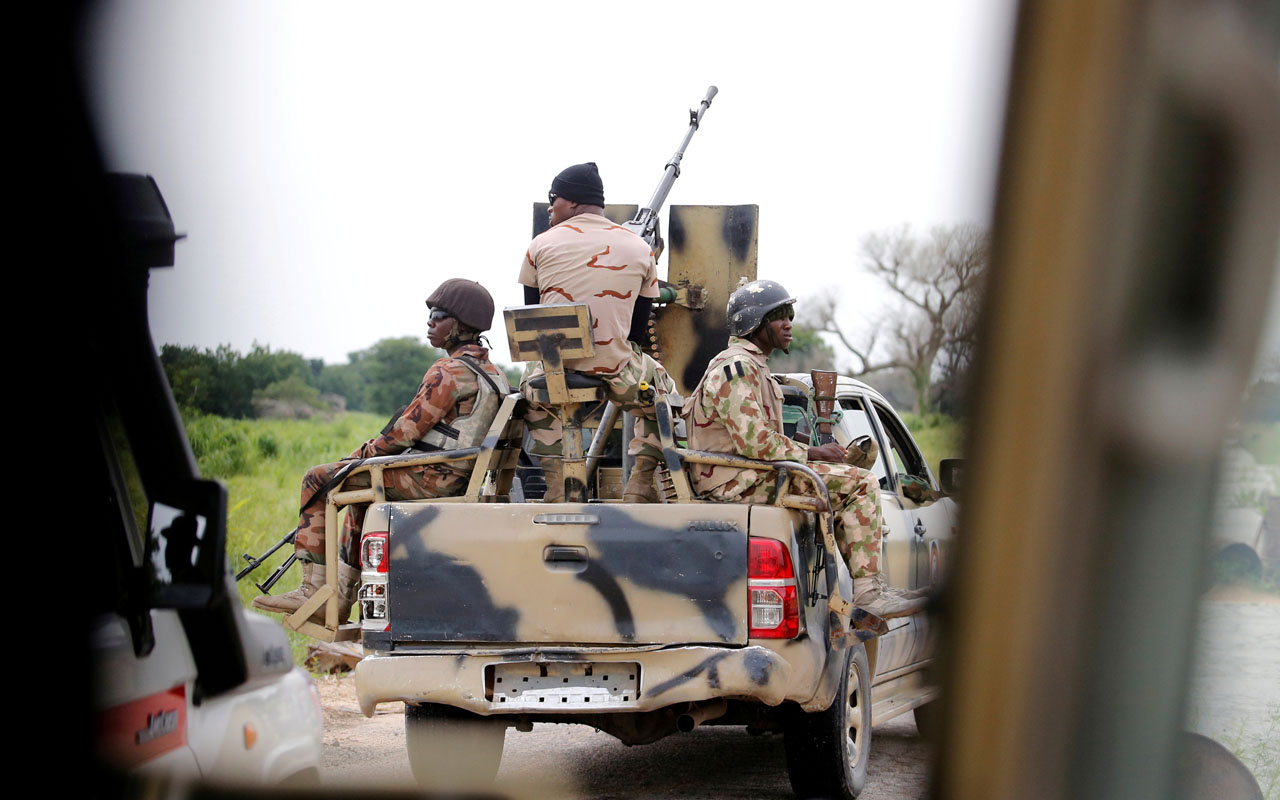 FILE PHOTO: A Nigerian army convoy vehicle drives ahead with an anti-aircraft gun, on its way to Bama, Borno State, Nigeria August 31, 2016. Picture taken from inside a vehicle. REUTERS/Afolabi Sotunde/File Photo

Buratai orders commanders to deny terrorists freedom of action
Former Inspector-General (IG) of Police, Mr. Solomon Arase, has said that Nigeria is over-deploying its military personnel to maintain law and order in different parts of the country and the areas where security is mostly needed are becoming vulnerable.

Arase, who stated this in Zaria yesterday while presenting a lead paper at the 50th anniversary and international conference of Department of Political Science and International Studies, Ahmadu Bello University (ABU), Zaria, said such action should be a source of serious concern to the nation.

He said the country should, as a matter of urgent national importance, strengthen its civil police to allow the military face its primary traditional assignment of defending the country’s external aggression.

The former police boss, who expressed concern that most state governments hardly convene regular security meetings except when there is a serious security breach, said the governors should as matter of priority accord genuine attention to community policing to confront head-on the security challenges facing the nation.

Besides, he said Nigerian government should take the advantage of ICT to improve its security system.

Besides, the Emir of Birnin Gwari in Kaduna State, Malam Zubairu Jibrin, said: “Community policing is not new to us (traditional rulers); it has been with us since time immemorial; and it is still relevant to our present situation.

In another development, the Chief of Army Staff, Lt.-Gen. Tukur Buratai, has ordered field commanders in the frontlines to deny Boko Haram terrorists of freedom of action in the North-East.

His order came yesterday in Maiduguri after receiving operational briefings from frontline commanders prosecuting the ongoing war against insurgency in the region.

Buratai, who was also in company of principal staff officers at the Army Headquarters interacting with the Theatre Commander, Operation Lafiya Dole, Maj.-Gen. Abba Dikko and other sub-commanders of various sectors, also urged them to deny terrorist groups, militants, kidnappers and criminals freedom of action.