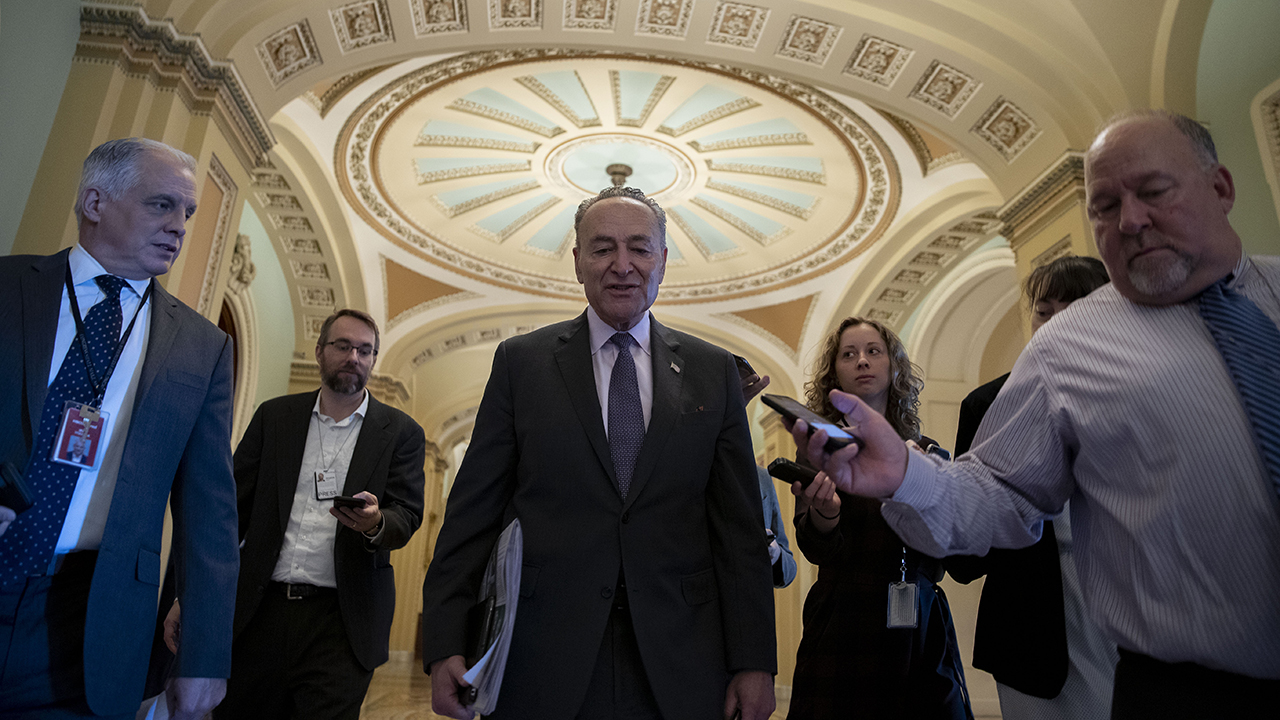 An air of chaos enveloped Washington Saturday as the US government kicked off the holidays by partially shutting down, following the failure of leaders to pass a federal spending bill as negotiations stalled over Donald Trump’s demand for money to build a US-Mexico border wall.

Having postponed his holiday trip to Florida to continue talks after operations for several key US agencies ceased at 12:01 am (0501 GMT), Trump warned Saturday morning that “it could be a long stay.”

“I am in the White House, working hard,” the Republican president wrote. “We are negotiating with the Democrats on desperately needed Border Security (Gangs, Drugs, Human Trafficking & more) but it could be a long stay.”

Most critical US security functions remain operational, but 800,000 federal workers are impacted, with many furloughed just days before Christmas while others deemed essential are working unpaid.

And as many other Americans and tourists began their end-of-the year holidays some national parks have shuttered completely, while others remain open but without any visitor services including restrooms and maintenance.

New York’s governor provided funding to the Statue of Liberty monument and Ellis Island so those key attractions could remain open.

The budget wrangling and subsequent shutdown — the third in a year — cast a dark cloud over the US capital already reeling from Defense Secretary Jim Mattis’s resignation announcement Thursday.

The uncertainty pushed Wall Street into a third straight rout on Friday, to end its worst week since late 2008 at the start of the global financial crisis.

“President Trump threw a temper tantrum and convinced House Republicans to push our nation into a destructive Trump Shutdown,” Chuck Schumer, the top opposition Democrat in the Senate, and his House counterpart, fellow Democrat Nancy Pelosi, said in a joint statement.

Trump has dug in on his demand for $5 billion for construction of a wall to curb illegal immigration on the US border with Mexico.

Democrats are staunchly opposed, and the absence of an elusive deal means federal funds for dozens of agencies lapsed at midnight Friday.

– ‘Dereliction of duty’ –
The House of Representatives and the Senate are due back in session at noon on Saturday.

But it remains unclear how long the shutdown will last, with Washington unable to accomplish one of its most basic tasks — keeping the government up and running.

“This is a dereliction of duty by Congress and the president,” said David Cox, national president of the American Federation of Government Employees.

Trump’s own Republican party still controls both the House and Senate, but in January the House comes under Democratic control.

Governor Ralph Northam of Virginia — a state bordering the US capital that is home to many federal workers — urged Trump in a letter Saturday to push immediate action to end the shutdown, saying it “inflicts real harm” on workers.

“I share your desire for strong economic growth throughout the United States, but the current partial government shutdown makes it harder to achieve this goal,” the Democratic governor said.

About three-quarters of the government, including the military and the Department of Health and Human Services, is fully funded until the end of September 2019, leaving 25 percent unfunded as of Saturday.

Most NASA employees will be sent home, as will Commerce Department workers and many at the Departments of Homeland Security, Justice, Agriculture and State.

Should they eventually strike a deal, it could swiftly clear Congress and reach the president’s desk, said Senate Republican Bob Corker.

One focus of discussion was the $1.6 billion in border security funding that was a part of pending Senate legislation, number two Senate Republican John Cornyn told AFP.

– ‘No agreement’ –
But conservatives in the House would likely balk at that figure.

“There’s no agreement,” congressman Mark Meadows, chairman of the House Freedom Caucus of ultra-conservatives, told reporters as he left a closed-door meeting on the Capitol’s Senate side.

“There’s a whole lot of numbers being thrown around,” but a maximum $1.6 billion for border security “is not acceptable.”

Trump reversed course Thursday and rejected a measure that had unanimously passed the Senate and was under House consideration.

It would have extended government funding until February 8, but contained no money for a border wall, a pet project Trump has fought for since his presidential campaign.

Democrats painted Trump as the Grinch who stole the year-end deal.

With lawmakers like Meadows and prominent conservative commentators demanding that the president stick to his campaign promises, Trump would not budge on his wall.

The House swiftly passed a bill that fulfilled the president’s demands. It included $5.7 billion in wall funding, and $7.8 billion in disaster relief.

But it stalled at the first hurdle in the Senate.