Collation of results from the 2019 gubernatorial election in Imo state has come to an abrupt end as the Peoples Democratic Party agent tore result sheets.

The collation of results, which was going on at the INEC collation center in Owerri, following a clash between agents of leading political party agents in the state.

The trouble started when PDP agent,Uche Onyeaguocha, said that the result of Ideato South LGA would not be announced.

He had alleged that Rochas Okorocha, governor of the state, had chased every agent and wrote result for his preferred candidate.

But other party agents insisted that the result should be announced owing to the fact that they had protested when that of Aboh Mbaise LGA was presented for announcement. 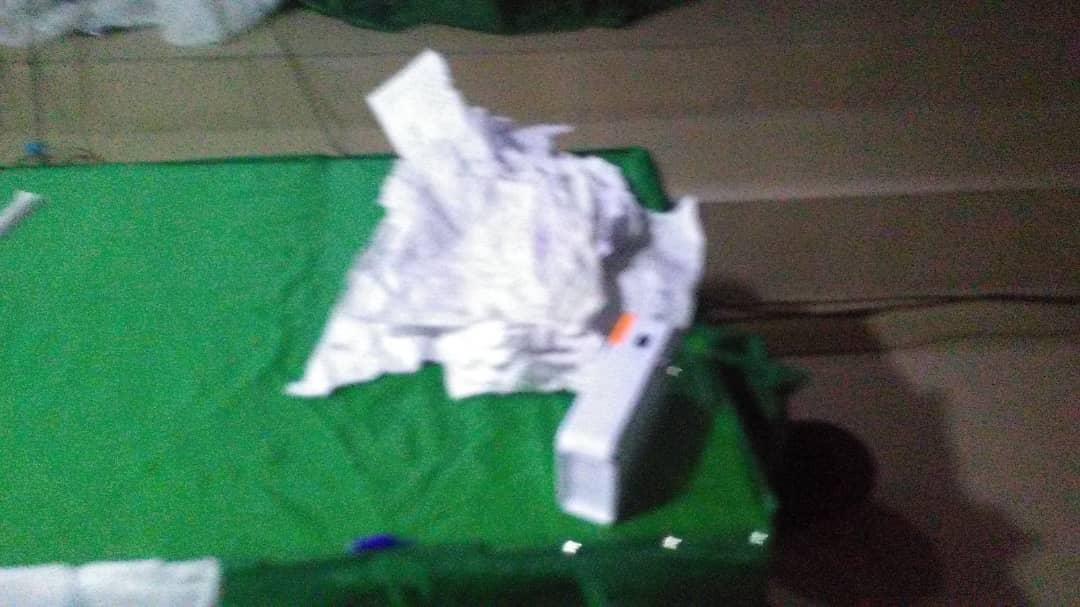 Francis Otunta, the state returning officer, after inquiries asked that the result be announced.

But the PDP returning officer rushed to the table and tore the result sheet.

In a swift retaliation, another party agent rushed to the high table and tore result sheets of other LGAs that had earlier been collated.

As the situation escalated, party agents, electoral officials, including the retuning officer, ran away from the centre.

The policemen on duty quickly arrested the two contending agents leading to the collation process to come to an abrupt end.