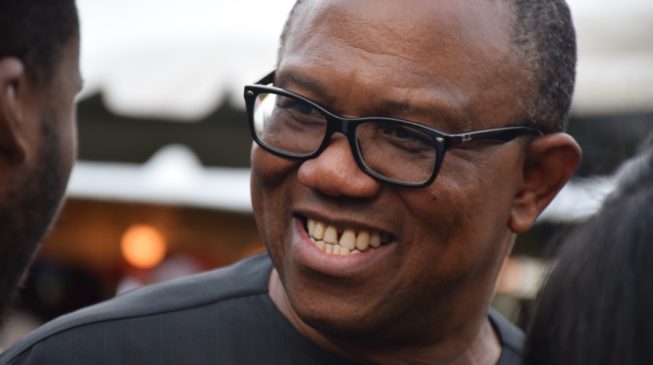 This followed insinuations that Atiku deliberately shunned the inter-denominational Church service/reception held for Obi at the weekend.

Director-General of the Atiku/Peter Campaign Council, Dr. Harry Oranezi, explained that Atiku was not factored into the programme.

He said it was meant for PDP chieftains, as well as its members and supporters from the state.

Oranezi, a former member of the House of Representatives, further disclosed that the event was necessitated by the need to welcome Obi home after his appointment as Atiku’s running mate.

He added that it was also an opportunity to show appreciation to the PDP presidential candidate for the choice of Obi, while seeking God’s guidance to achieve victory in the forthcoming election.

He said: “The event was an Anambra State affair, meant for some sons and daughters, including well-wishers from outside the state to celebrate with us.”

Also, Chairman of Atiku/Obi Presidential Council, Okoli Akarika, said the grand reception was purely to welcome and honour Obi as the vice presidential candidate of PDP.

Akirika, a former Commissioner for Lands, added that the organisers deemed it fit to also use the occasion to showcase other candidates from the state who are vying for various positions, from state to federal levels.

He stressed that the reception was to further show the Igbo people that it is only the PDP that has their interest at heart, unlike the All Progressives Grand Alliance (APGA), which is working against Igbo interest.

In a related development, Atiku’s wife, Jennifer yesterday charged the party and its supporters in Edo to dissociate from poverty by rejecting the ruling All Progressive Party (APC) in the February 16 election.

Mrs. Atiku, who spoke at the PDP campaign in Edo Central Senatorial District, said she came with a message of hope for Esan people and Nigerians.

Chairman of the PDP in the state, Dan Orbih, said next month’s general elections was not about the party, but securing a better future for Nigerians and the country’s hard-earned democracy.

He said the country was presently drifting towards dictatorship and condemned the appointment of Amina Zakari as head of INEC’s collation centre.

The party’s candidate in the 2016 gubernatorial election, Pastor Osagie Ize-Iyamu admonished the people to reject APC at the polls, or else the drowning party would kill Nigeria.