Bauchi is the only state where supplementary election held on Saturday yet a winner has not been declared.

But the fate of Bala Mohammed, candidate of the Peoples Democratic Party (PDP) who secured enough votes to edge out Mohammed Abubakar, the sitting governor, is still hanging in the balance.

He polled a total of 6,376 votes across the 36 polling units in 29 wards across 15 local government areas where the supplementary poll held while Abubakar trailed with 5,117 votes.

Is this the next Bauchi governor?

But a final pronouncement was not made due to a court order which prohibited further collation of results from Tafawa Balewa local government area of the state.

At the end of declaration of results of the supplementary poll, on Sunday, Kyari Mohammed, returning officer, said: “As you well know, I cannot make a return because I understand that the case of Tafawa Balewa LGA is in court.”

The result from the local government made INEC declare the March 9 election inconclusive.

The returning officer had rejected the result of Tafawa Balewa because it was not documented in the original sheet which the collation officer said was hijacked by thugs.

A committee set up by INEC to review the election had recommended that the collation should resume because the results were intact and INEC had fixed Wednesday for the exercise but the governor got a court injunction which put collation of the local government on hold. 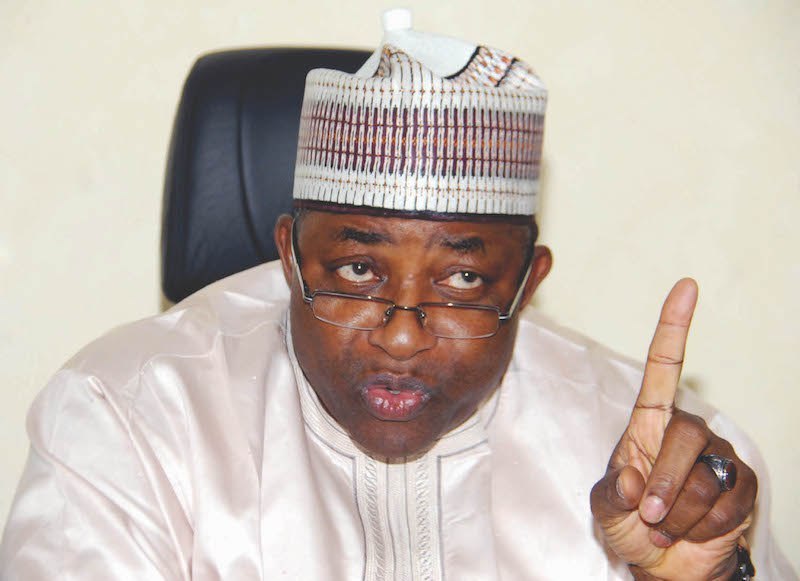 Bauchi governor might just be on his way out of office

The matter was adjourned till Monday. So INEC’s next action on Bauchi election is dependent on the court.

In his reaction, the PDP candidate said although INEC was yet to make the final pronouncement, it was clear that he had won.

“We are aware that the collation is not concluded; but this is just a fait accompli, because we have won the runoff election and all the elections that have been warehoused have also been won and it is in the public portal. With that, I said there can’t be any runoff or supplementary elections in Bauchi state as far as the 2019 elections are concerned,” he said at a press conference after the supplementary poll.

“This is because there is nowhere in the world where supplementary elections are held twice. We are law abiding and we are warriors in democracy and from here we are heading to Abuja by the grace of God to give an added impetus to INEC so that the exiting of this court order will be accelerated.”