The Peoples Democratic Party (PDP) has sued President Muhammadu Buhari over his directive to the military to be “ruthless” with ballot box snatchers.

In a suit filed before the federal high court in Abuja, the party asked the court to declare that Buhari’s directive is unconstitutional, unlawful and void.

The party also sued Mohammed Bello, minister of the federal capital territory (FCT), before a FCT high court over the “gigantic broom” erected by the All Progressives Congress (APC) near Abuja city gate.

It urged the court to issue an order compelling the minister to investigate allegations of intimidation and illegality which poses potential threat of violence and disunity the structure may cause. 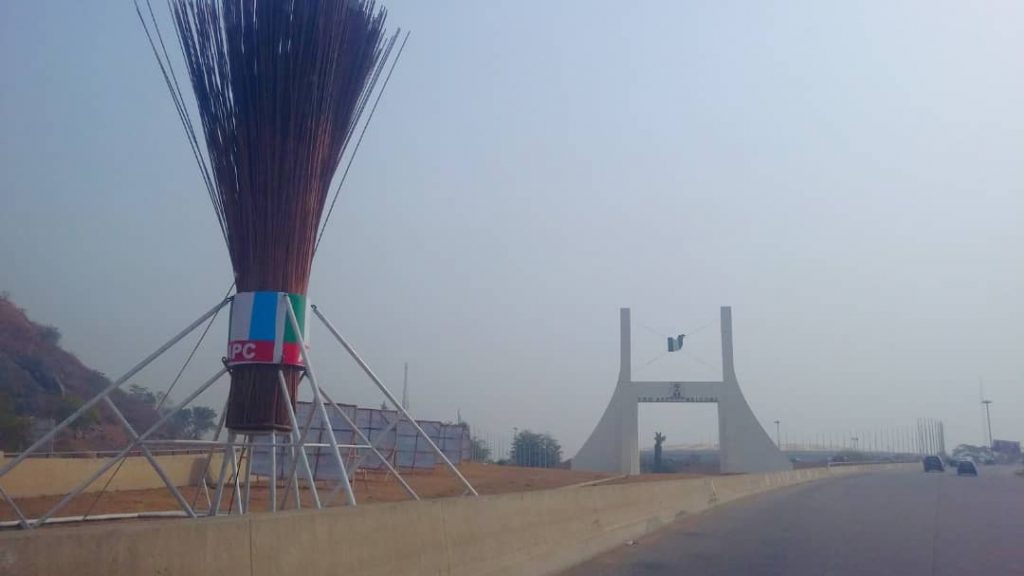 The broom at Abuja city gate

The party said this follows the permission of the FCT administration or its failure to take action against the broom which it said is an “improper structure”.

On Monday President Muhammadu Buhari said he had given the military and the police the order to be ruthless, stating that those who snatch ballot boxes will pay with their lives.

“I really gave the military and police order to be ruthless,” Buhari had said.

“Anybody who thinks he has enough influence in his locality to lead a body of thugs to snatch ballot boxes or disturbs the voting system, will do so at the expense of his own life.”

The comment was criticised by some Nigerians who described it as unconstitutional.

The Independent National Electoral Commission (INEC) said the military has no business in the election business, and that ballot box snatchers should not be shot but prosecuted according to the law.

In the suit filed on Thursday, the party asked the court to issue a declaration that the military are not under any obligation to carry out the president’s order regarding the elections.

It also asked the court to declare that Buhari lacks powers to deploy troops of the armed forces for the general election without the approval of the national assembly.

The party urged the court to issue an order of perpetual injunction restraining the military from participating “or playing any role whatsoever” in the general election without the approval of the national assembly.