President Muhammadu Buhari on Wednesday received the FIFA World Cup trophy to be competed for by qualified nations in Russia 2018.
‎
The cup, presently on a tour of some countries of the world, was presented to him at a ceremony inside the Banquet Hall of the presidential villa, Abuja.

Also in attendance were members of Africa’s first Bobsleigh team made up of Seun Adigun, Ngozi Onwumere and Akuoma Omeoga.

The United States-based team represented the country at the just-concluded Winter Olympics in South Korea.

The FIFA trophy was presented to the president by a representative of the world football ruling body and former France international, Christian Kerembeu, who said the purpose of bringing the coveted cup to the country ahead of the tournament was to rekindle the passion and inspire Nigerians.

He also thanked Coca-Cola, sponsors of the tour, for their involvement in sports development in the country.

He advised the Super Eagles to be confident and bring the cup back to the country. 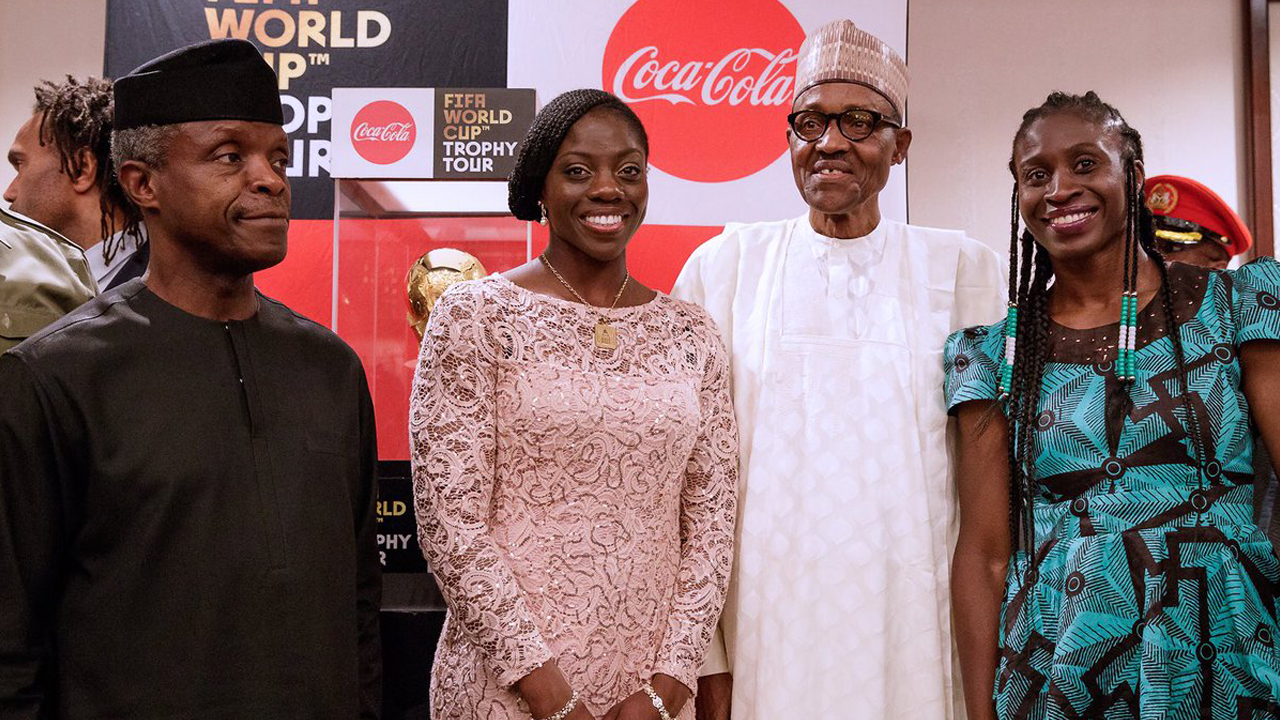 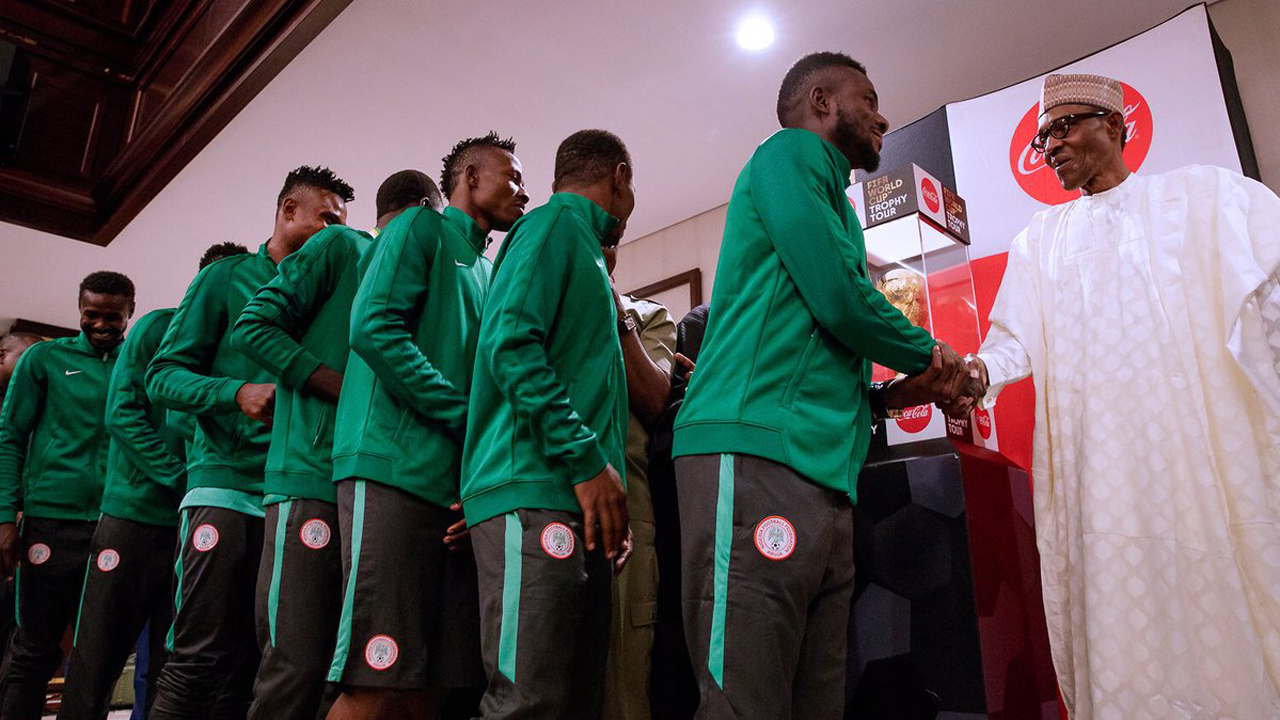