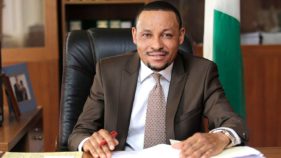 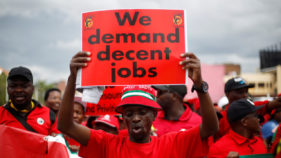 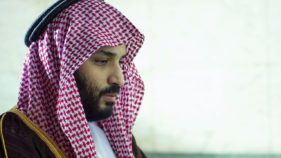 The police in Ogun, on Wednesday arraigned two staff members of the Living Faith Church,Canaanland in Ota, Afolabi Samuel, 46, and Blessing Kolawole, 39, in an Ota Magistrates ‘ Court in Ogun for allegedly stealing N38 million.

The police charged Samuel and Kolawole, whose addresses were not given with two counts of conspiracy and stealing.

The Prosecutor, Sgt. Abdulkareem Mustapha, told the court that the accused persons committed the offence between Dec. 1 and Dec. 15, 2018, at about 10 a.m. at the Living Faith Church, Canaanland, Ota.

Mustapha alleged that the accused persons conspired and stole N38 million belonging to the church.

Chief Magistrate Mathew Akinyemi, admitted the accused persons to bail in the sum of N2 million each with two sureties each in like sum.

Akinyemi ordered that the sureties must reside within the court’s jurisdiction and be gainfully employed with evidence of tax payment to Ogun Government.
He adjourned the case until Feb. 20 for further hearing.