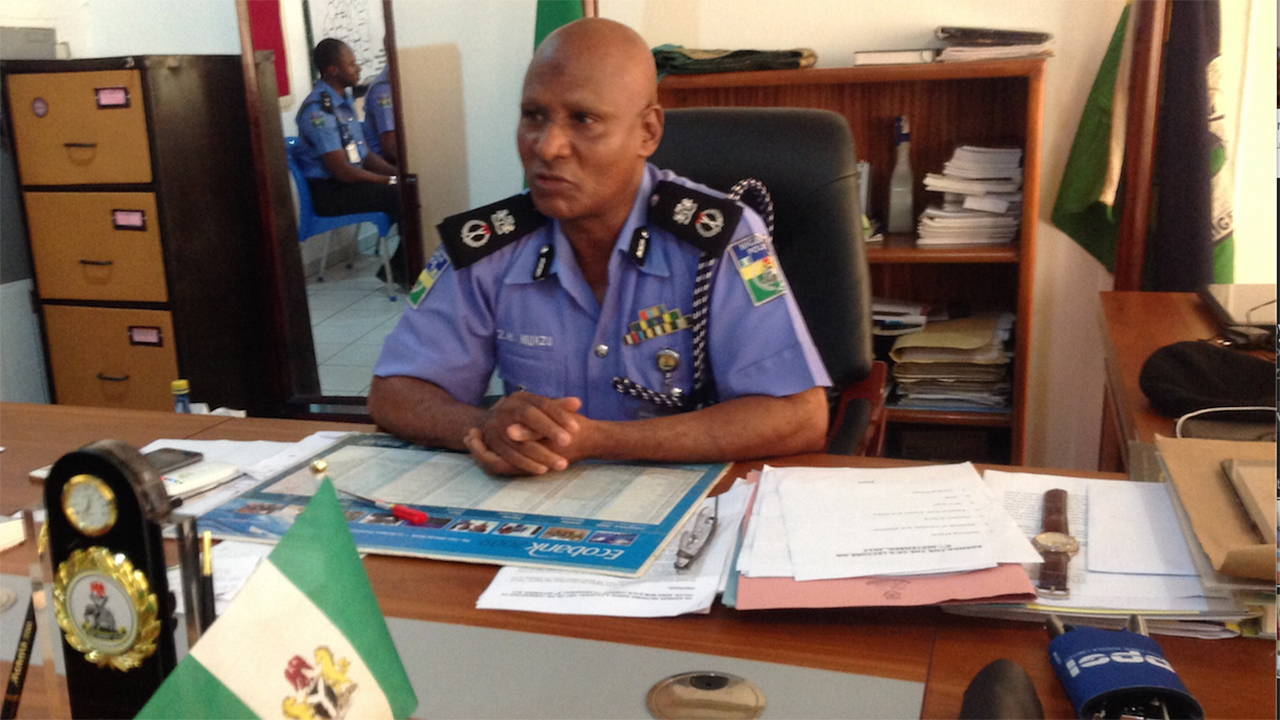 A notorious cult member and alleged serial killer, Ibrahim Abdullahi, a.k.a. Tiny, whose name sends shivers down the spines of residents of Satellite Town, Lagos State, was arrested in the early hours of yesterday at his hideout in Ijegun-Egba area of the town.

He was smoked out of his hideout some minutes after midnight in an operation led by the Divisional Police Officer of Satellite Town Division, Chike Oti, a Chief Superintendent of Police (CSP), to rid the community of the violent activities of criminals.

It would be recalled that the Commissioner of Police, Lagos command, CP Zubairu Muazu, had earlier in the week charged Area Commanders, Divisional Police Officers (DPO’s) and Tactical Unit Commanders in the state to clamp down on the activities of members of unlawful societies and raid all identified criminal enclaves.

According to spokesman of the command, Bala Elkana, “based on this directive and credible intelligence received about Ibrahim Abdullahi, who had been on the run since he was linked to the murder of three residents of the community, Satellite Town division swung into action.

“The said suspect nicknamed Tiny was arrested alongside one of his accomplices, Obinna Kelvin Okey, aged 23. During preliminary interrogation, they confessed to belonging to a cult group called the Aro-Bagger, a.k.a. Vickings. Other cultists arrested during the operation are Ismaila Adebayo, 21; Bode Akodo, 21; and Adefesun Abdulwahab, 25 – all of Eiye Confraternity”.

CP Muazu has directed the Homicide Section of the State Criminal Investigation and Intelligence Department, Panti, Yaba, to take over the case involving Abdullahi, which has to do with an ongoing investigation on the three murder incidents linked to him. The other suspects were transferred to the command’s Anti-Cultism Squad for further investigation.

In a related development, one Stephen Egbe, a notorious traffic robber, who specialised in robbing commuters along Mile 12-Badagry Expressway, was caught in the act on Saturday at about 8:05p.m. at Mosalashi bus-stop, near Maza-Maza, by detectives of Satellite Town Police Division. The command’s Special-Anti Robbery Squad (SARS) has been directed to take over investigation. All the suspects arrested would be charged to court.