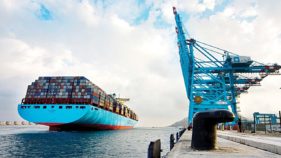 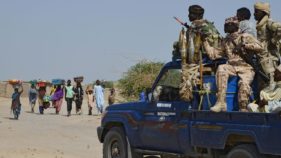 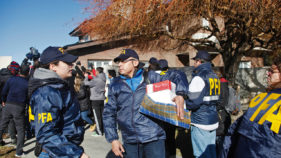 The Nigeria Police Force has on Friday announced the arrest of the two policemen involved in the shooting that led to the death of Tunde Nofiu at Ajangbala Eleha, Iwo, Osun State.

Nofiu was reportedly shot dead on Thursday night at Odo-Ori market in the town while boarding a bike to Ile-Ogbo.

Consequently, hundreds of youths had on Friday morning took to the streets to protest the brutality. They pulled down the fence of the Police area command office of the town and set the offices within the premises ablaze.

However, the Public Complaint Rapid Response Unit (PCRRU) of the police have confirmed the arrest of the policemen that allegedly shot the deceased and an investigation is ongoing.

“Policeman involved in the shooting that led to the unfortunate death of a man at Ajangbala Eleha, Iwo yesterday has been arrested. He is in custody & investigation ongoing. CP Osun State is meeting with relatives & community,” PCRRU said in a tweet.

The Assistant Commissioner of Police (ACP), Yomi Shogunle has also disclosed that there was no justification for the shooting that led to the death of Nofiu. He insisted that the police would ensure justice is done in the matter.

“No justification for the shooting that led to the death of Tunde Omologo at Iwo,” Shogunle said on Friday.

“In addition to @PoliceNG_PCRRU actions #PCRRU202284, I have also contacted the Commissioner of Police, Osun State, 2 officers taken into custody. Be assured, @PoliceNG will ensure justice.”