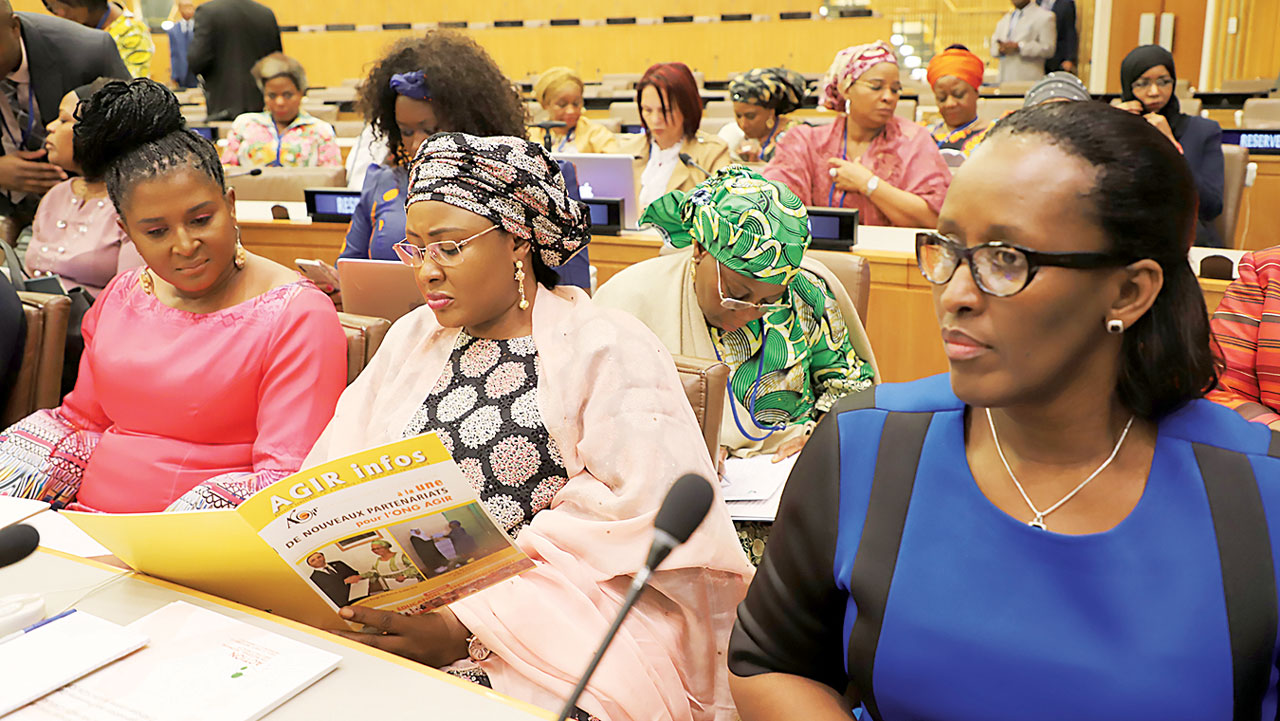 Wife of the President, Hajia Aisha Buhari (middle); with other members on her delegation as she arrived for the high level meeting of African First Ladies as one of the side events of the 73rd General Assembly of the United Nations Congress in New York.

Police authorities have invited the whistleblower that raised the alarm of a missing N2.5 billion allegedly donated by politicians and other business executives to the wife of the president, Hajia Aisha Buhari.

Specifically, reports had it that her Aide De Camp (ADC), CSP Sani Baba-Inna received huge donations on her behalf but failed to disclose the amount.On receiving a petition against the aide, Hajia Buhari reportedly requested the Inspector General of Police, Ibrahim Idris, to arrest and compel him to refund the money.

It was gathered that following the embarrassment the case had caused the first family, the petitioner was yesterday summoned by the police to give details to enable relevant law enforcement agencies unravel the puzzle.

A presidency source, who sought anonymity, said: “The person that wrote the petition on behalf of the First Lady is already at the Police Headquarters right now (yesterday).”He was, however, silent on investigation so far on the matter when asked whether any trace of the funds in question had been made.

An online platform, which reported on Monday that the ADC has been in custody since Friday, had also quoted the police officer as denying the allegation.
Consequently, the president’s wife reportedly asked the Department of State Service (DSS) to take over the case and facilitate the recovery of the funds.

However, Hajia Buhari yesterday claimed that the embattled ADC had used his position to defraud unsuspecting politicians as well as other business associates and officials.

Reacting in a statement issued by her spokesman, Suleiman Haruna, she denied having a hand in Baba-Inna’s arrest and detention.Mrs. Buhari added that the aide was being quizzed by the police because it was within their purview to do so.

The statement read in part: “The attention of the wife of the President, Dr. (Mrs.) Aisha Muhammadu Buhari has been drawn to some media publications and releases purporting illegal detention of her Aide De Camp (ADC), CSP Sani Baban-Inna, over allegations of fraud.

“He has been her ADC since 2016 and has been associated with her ever since. To the utter dismay of Her Excellency, he has used the opportunity to defraud unsuspecting associates and officials as initial investigations have shown.“The Nigeria Police Force, his employers, arrested him to investigate the allegations levelled against him, this, being within their jurisdiction.”