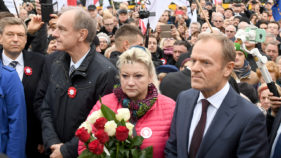 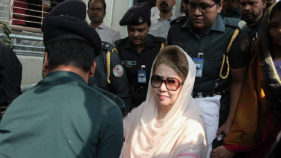 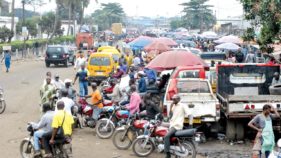 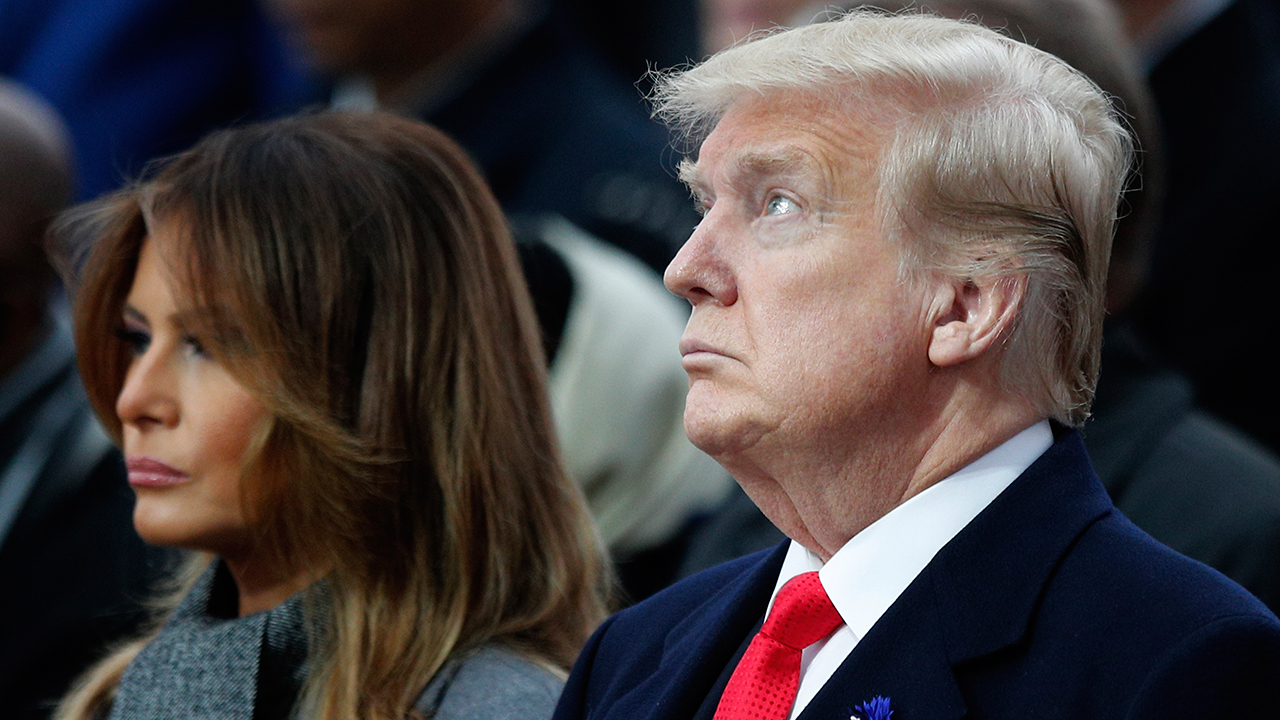 US First Lady Melania Trump (L) and US President Donald Trump look on as they attend a ceremony at the Arc de Triomphe in Paris on November 11, 2018 as part of commemorations marking the 100th anniversary of the 11 November 1918 armistice, ending World War I. (Photo by Francois Mori / POOL / AFP)

French police stopped two topless protesters who approached the motorcade of US President Donald Trump as he made his way up the Champs-Elysees to a ceremony in Paris marking 100 years since the end of World War I.

One of the protesters, with slogans written on her body, got within metres of the rear of the motorcade after jumping over a barricade.

She was grabbed by a police officer, while a second woman could be seen being hauled away by security services on the edge of the famous avenue, live television pictures showed.

Inna Shevchenko, one of the leaders of radical feminist group Femen, appeared to claim responsibility for the protest on Twitter.

“FEMEN activists ‘welcomed’ the cortege of @realDonaldTrump twice on his way to Arc de Triumph,” she wrote.

The motorcade briefly paused due to the breach of security before continuing towards the Arc de Triomphe where commemorations for the Armistice are being held with around 70 world leaders.

Three Femen protesters had demonstrated at the Arc De Triomphe on Saturday morning to denounce “war criminals” among the guests at the commemorations in Paris which include leaders from Europe and Africa.

“Welcome war criminals” was written on one of their placards which they held up, while “Fake peacemakers” and “Real dictators” had been daubed on their bodies.

“Most of them are dictators who don’t respect human rights,” said 24-year-old protester Tara Lacroix, who was detained by police along with the two others.