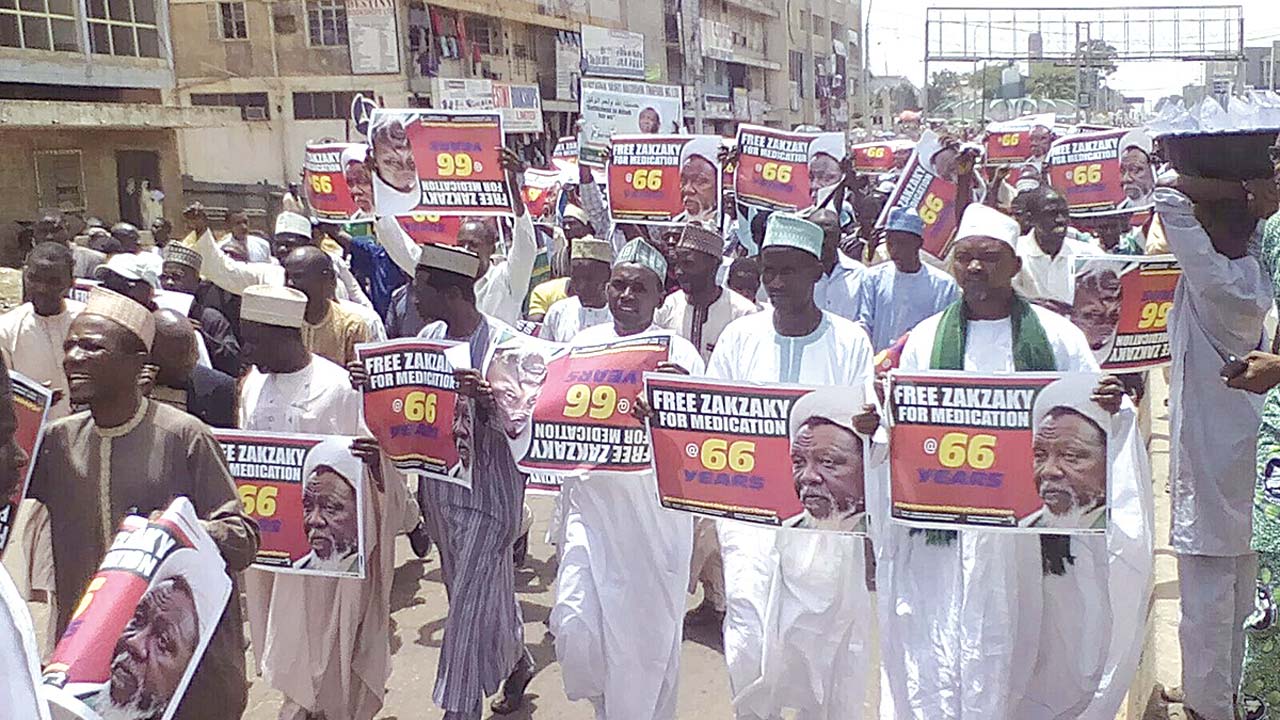 Members of the Islamic Movement in Nigeria (IMN) have accused the Police in Kano State of threatening their lives over their continued clamour for the release of Sheikh Ibraheem El-Zakzaky.

The group said: “The Kano State Police Commissioner, Rabiu Yusuf, told some members of the movement that he will not hesitate to use force on them whenever they protest in his area of jurisdiction.”The allegation was contained in a statement issued yesterday by IMN’s spokesman, Ibrahim Musa.

“The movement believes that Yusuf meant to kill the protesters, when he said he will use force on them, since that was what happened when he used force on our members in 2016 and 2017 during the yearly Arbaeen trek in commemoration of the martyrdom of Imam Husain, grandson of Prophet Muhammad.

“On Wednesday, December 19, 2018, Yusuf invited some members of IMN to his office and threatened to use maximum force on them should they dare to defy his orders not to carry out ‘Free Zakzaky’ protest in the state,” the statement reads.

Musa explained that the group decided to go public on the CP’s threat to use force on its members despite the fact that threats will not in anyway break their resolve, neither were the members shaken by the latest threat.

“On Monday, November 14, 2016 the same CP sent policemen to open fire on thousands of our members who were on peaceful march during the Arbaeen religious festival, killing at least 40 people. “Till today, only 18 corpses handed over to us were duly buried in accordance with Islamic rites, the rest were buried secretly by the police.

“Again on Sunday, November 5, 2017, policemen uses live bullets during another Arbaeen trek killing at least three persons, including an infant. “It is surprising that the CP would toe this line moments after President Muhammadu Buhari warned the police against unprofessional conduct such as illegal detentions, extrajudicial killings, torture and violation of fundamental human rights at the convocation and passing out parade of the First Regular Cadet Course at the Police Academy, Wudil, Kano State,” he stated.

Musa added that the recent outburst of the CP was contrary to the President’s directive that the police should abide by the constitutional code of conduct in policing Nigerians.

“Free Zakzaky protest is our right as enshrined in the nation’s constitution. The provisions of Sections 38 and 39 of the 1999 Constitution guarantees our right to congregate peacefully, which is what we have been doing since the illegal detention of Sheikh Zakzaky on December 14, 2015,” he stated.