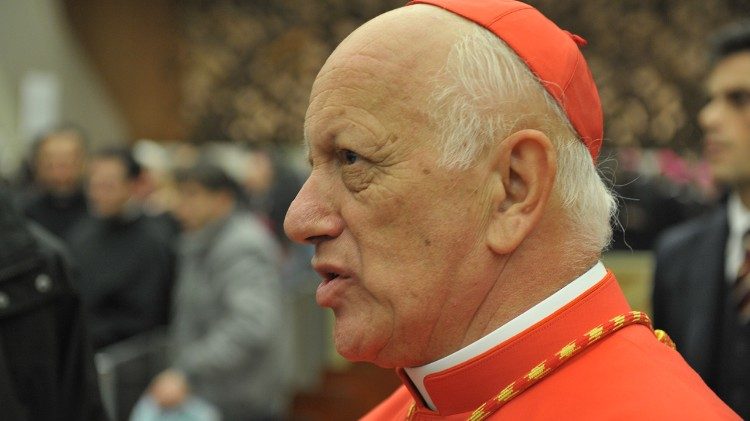 Pope Francis has accepted the resignation of Chilean Cardinal Riccardo Ezzati, who had agreed to step down along with his country’s bishops over sexual abuse cases and their cover-up, the Vatican said Saturday.

Ezzati, archbishop of Santiago, is the seventh senior Chilean church official to resign over a scandal which the pope insists must be remedied.

To date, Ezzati, the Catholic Church’s highest official in Chile, has maintained his right to silence although he has promised to cooperate with the investigation into his activities — if the authorities first clear him, insisting he is innocent.

The latest move in the Vatican’s attempts to deal with abuse within the higher echelons of the Roman Catholic Church comes just days after disgraced Australian Cardinal George Pell received a jail term for sexually abusing two choirboys.

Pell, 77, and the former Vatican number three, has maintained his innocence and says he plans to appeal his conviction on five offences including oral rape and molestation of the boys in 1996-1997.

The decision over Ezzati also comes with Chilean media reporting that the nation’s court of appeal had Friday confirmed he would face trial for not denouncing sexual abuse by three priests.

It also comes after Argentine Pope Francis last Monday rejected the resignation of French cardinal Philippe Barbarin, who was handed a six-month suspended jail sentence earlier this month for failing to report sex abuse by a priest under his authority. Barbarin has appealed.

The pontiff stated last month that “no abuse must ever be covered up, as has happened in the past” as the Church struggles to restore trust in its efforts to fight child abuse given the slew of abuse cases.

In October, Francis did, reluctantly, accept the resignation of US cardinal and Washington Archbishop Donald Wuerl, accused of helping to cover up hundreds of child abuse cases in his former diocese.

And in February the pontiff defrocked former cardinal American Theodore McCarrick, 88, who a Vatican court found guilty of sexually abusing a teenager 50 years ago.

McCarrick became the first cardinal ever to be defrocked for sex abuse.