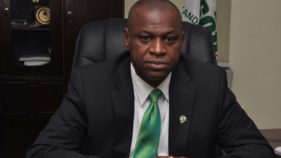 SON alerts on cancer-causing substance in school uniforms from China 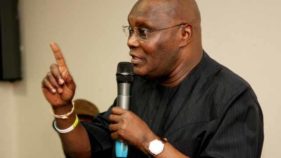 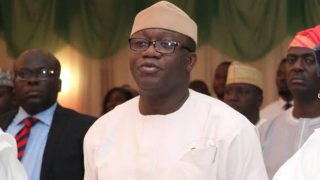 The Apostolic Nuncio to Nigeria, Archbishop Antonio Guido Filipazzi has applauded Ifeanyi Ugwuanyi of Enugu State for his closeness to God and exemplary leadership style, which has brought peace and good governance to the state.

The Apostolic Nuncio, Pope Francis’ representative in Nigeria, spoke in Enugu, when he led a delegation comprising a Cardinal, Archbishops, Bishops and Priests of the Catholic Church to pay a courtesy visit to Ugwuanyi at Government House.

The clerics were in the state for the Episcopal Ordination of Most Rev. Ernest Obodo as the Auxiliary Bishop of Enugu Diocese, which took place yesterday at St. Paul’s Parish, Ozalla, Nkanu West Local Government Area.

Most Rev. Filipazzi, who was warmly received by Ugwuanyi, informed the governor of the purpose of his visit and also commended him for his faithful service to the church and to the residents of Enugu State, irrespective of religion, state of origin and ethnicity.

The Pope’s representative described Ugwuanyi as “a good governor” and “a father of the family”, adding that he is inspired by the governor’s good works in the state and his commitment to the development of the church. Archbishop Filipazzi, equally appreciated the collaboration between the governor and the Bishop of Enugu Diocese, Most Rev. Callistus Onaga, stressing that the emergence of the first Auxiliary Bishop of the diocese would enhance the evangelical duties of the church in the state.

In his goodwill message, Ugwuanyi thanked God for the success of the event and equally expressed gratitude to Pope Francis for finding Obodo worthy of elevation to “this important position”.

The governor, who welcomed the Apostolic Nuncio to Nigeria and other revered clerics of the Catholic Church to the state, expressed joy that the Episcopal consecration was one of “the most glorious and significant” of all the many outstanding events that have happened in the state, saying that the reason was because “it is all about God”.