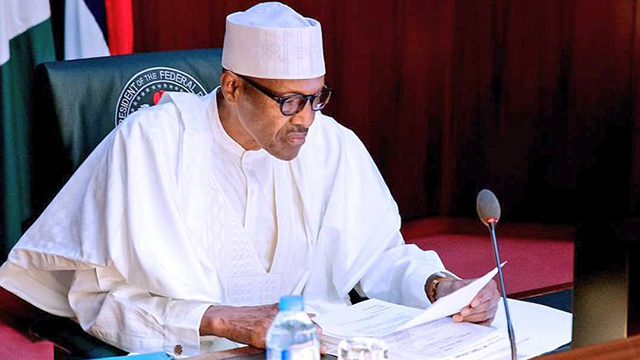 President Muhammadu Buhari has declined assent to five more bills transmitted to him by the National Assembly between November and December last year.

Buhari, as stated in his letter of refusal of assent to the Maritime Security Operations Bill said the proposed amendments would create distortions and duplications with the functions and operations of the Nigerian Maritime Administration and Safety Agency (NIMASA) .

On the Revenue Mobilization Allocation and Fiscal Commission (Amendment) Bill, President Buhari, in his letter of refusal of assent, said it would interfere with and obstruct the smooth administration of revenue generating agencies of the Federal Government aside other infractions on extant laws.

While he cited drafting errors as reason for refusal of assent to Bankruptcy and Insolvency Bill, the president kicked against move to weaken his power in the approval and removal of the governing council members of Federal Polytechnics as envisioned in the rejected bill.

On why he rejected Energy Commission (Amendment) Bill, President Buhari said its provisions infringed on the Rural Electrification Agency ‘s power and mandates .

The president, however, transmitted to the federal lawmakers an executive bill titled “Transmission of the Food Safety and Quality Bill 2018” for consideration and passage.

He also forwarded to the Senate for confirmation, the appointment of Modibbo Hamman Tukur as Director of the Nigerian Financial Intelligence Unit (NFIU).

Meanwhile, President Buhari has commiserated with the government and people of Kenya on the deadly terrorist attack on a hotel and office complex in Nairobi.

Condemning the attack as “wicked, cruel and dastardly by evil people,” the Nigerian leader, in a statement signed by Senior Special Assistant on Media and Publicity, Garba Shehu, yesterday assured President Uhuru Kenyatta that the thoughts of the people of Nigeria were with Kenyans at this moment of their national grief.

President Buhari called on well-meaning members of the international community to rally round Kenyans to overcome the scourge of terrorism “because any terrorist attack on one country is an attack on all countries.”

He prayed God to console the bereaved families and quicken the recovery of the several injured people.