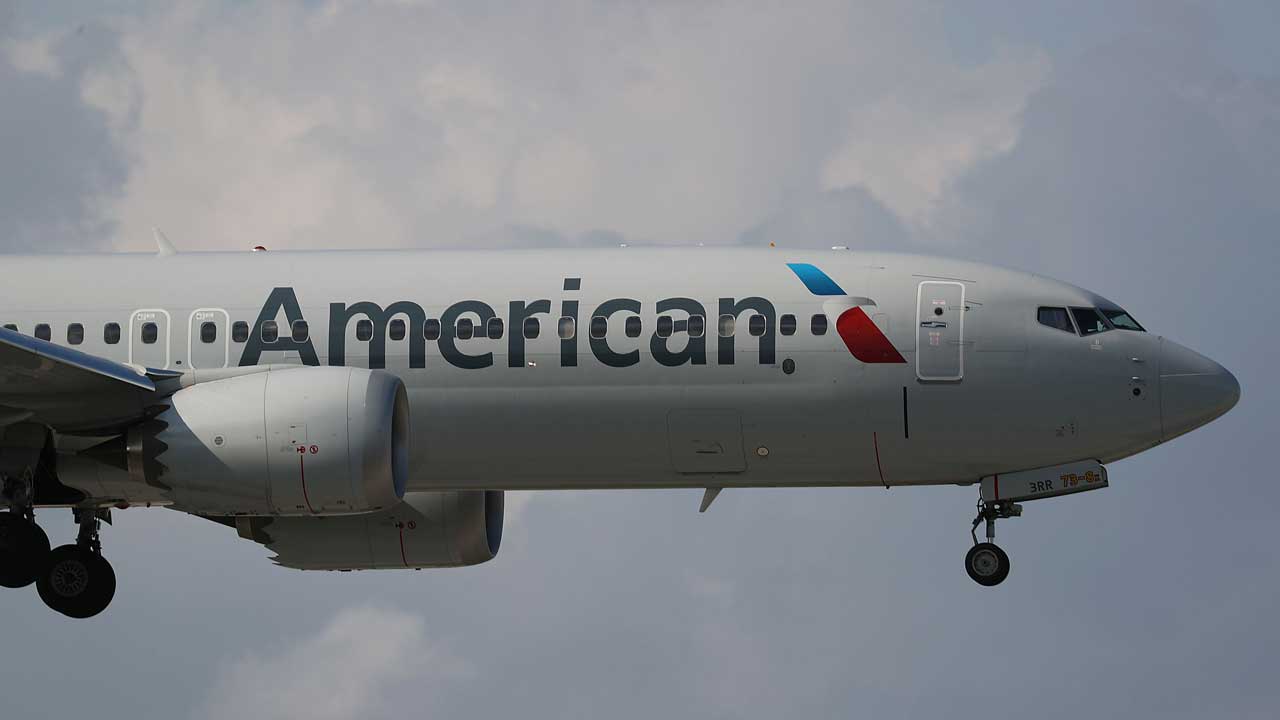 MIAMI, FL – MARCH 12: An American Airlines Boeing 737 Max 8 prepares to land at the Miami International Airport on March 12, 2019 in Miami, Florida. The European Union along with other nations have grounded all Boeing 737 Max 8 and Max 9 jets, after the crash of a Max 8 being flown by Ethiopian Airlines that killed 157 people on Sunday. Joe Raedle/Getty Images/AFP<br />JOE RAEDLE / GETTY IMAGES NORTH AMERICA / AFP

The subtle protest further gained momentum when Australia and the United Kingdom yesterday banned the aircraft from their airspace, a day after China, Indonesia, Ethiopia and India wielded the big stick. To be affected are about 400 active aircraft and another 5000 orders.

Meanwhile, the Nigerian Civil Aviation Authority (NCAA) has assured the flying public, saying, “there is no cause for alarm.”

The Spokesperson for the body, Sam Adurogboye, re-emphasised that the accident aircraft type was not in operation nationwide.

He said the apex regulatory body, in line with its safety oversight mandate enshrined in the Civil Aviation Act 2006, “is consciously monitoring the development with a view to taking the necessary steps that would enhance the safety of all aircraft in operation within the Nigerian airspace.”

Similarly, the Australian Civil Aviation Safety Authority (CASA) has temporarily suspended the operation of all B737 Max aircraft to and from the country.

Though no Australian airline operates the aircraft type, two foreign airlines fly it to the nation, according to a statement from the aviation authority.

“Singapore-based SilkAir has already temporarily suspended operation of its 737 Max aircraft, and Fiji Airways is the only other operator that will be affected by this temporary suspension,” the statement read in part.

The United Kingdom’s Civil Aviation Authority is the latest regulator to temporarily ban the model from its airspace.

A statement read: “Our thoughts go out to everyone affected by the tragic incident in Ethiopia on Sunday. The UK Civil Aviation Authority has been closely monitoring the situation. However, as we do not currently have sufficient information from the flight data recorder, we have, as a precautionary measure, issued instructions to stop any commercial passenger flights from any operator arriving, departing or overflying UK airspace.”

This safety directive will be in place until further notice, the authority added.

“We remain in close contact with the European Aviation Safety Agency (EASA) and industry regulators globally,” it noted.

The pressure notwithstanding, the United States has signalled its confidence in the safety of the controversial jetliner, issuing a global notice of “continued airworthiness” a day after the model’s second deadly crash.

U.S. Federal Aviation Administration (FAA) said there was no conclusive evidence so far to link the loss of an Ethiopian Airlines 737 Max 8 on Sunday and a fatal Lion Air disaster involving the same jet model last October.

Boeing is working on improvements to the plane’s flight-control system and the FAA plans to publish a related directive to operators not later than April.

“External reports are drawing similarities between this accident and the Lion Air Flight 610 accident on October 29, 2018. However, this investigation has just begun and to date we have not been provided data to draw any conclusions or take any actions,” the FAA said.

The statement signals that U.S. regulators have no immediate intention of grounding the 737 Max 8, breaking with a decision by China and Indonesia to tell its airlines to suspend the use of the plane after the Sunday’s crash.

Boeing’s flight-control changes would address the plane’s anti-stall software and faulty sensor linked to the earlier crash in the Java Sea off the coast of Indonesia, it said.

It added that regulators have been reviewing the performance of the plane for almost five months since the Lion Air crash, including the behavior of the angle-of-attack sensors and Maneuvering Characteristics Augmentation System that appears to have malfunctioned in that incident.