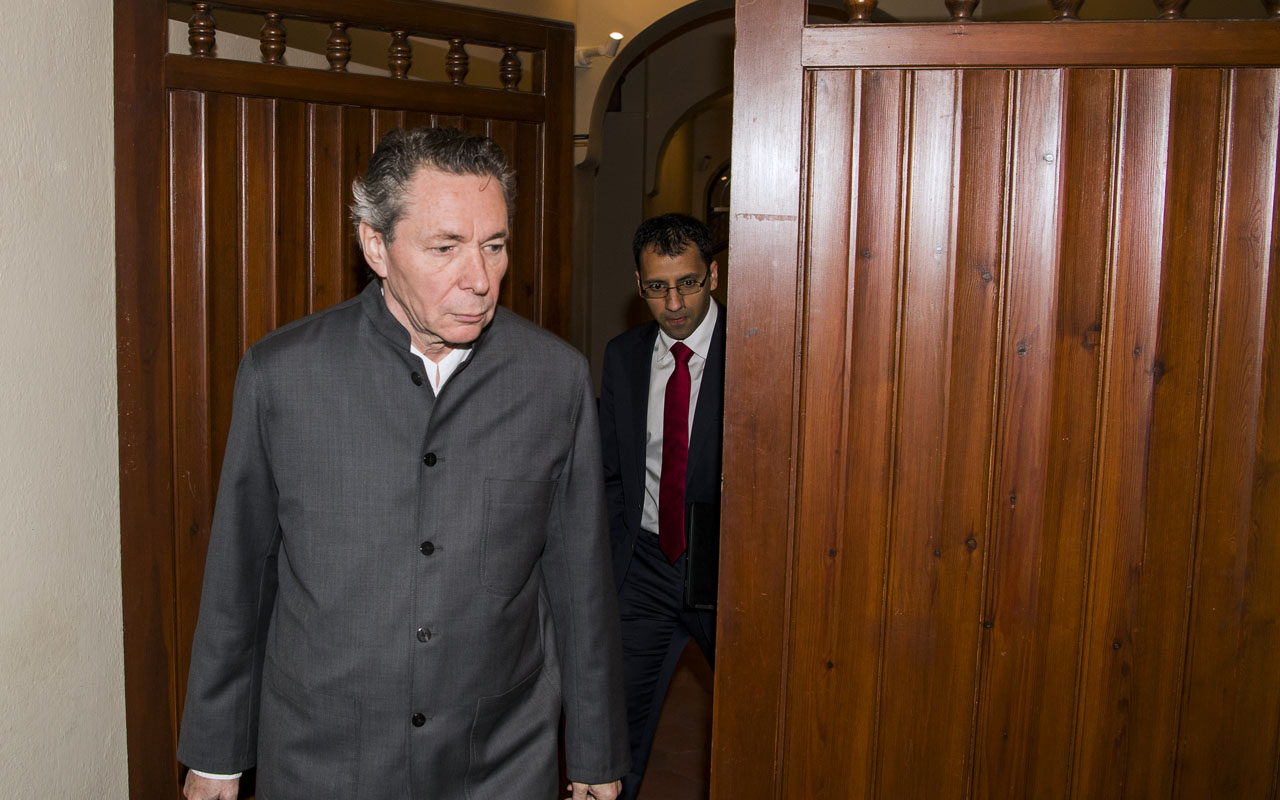 Frenchman Jean-Claude Arnault arrives at the district court in Stockholm on September 24, 2018, where he will attend the final hearing in his trial for rape and sexual assault, allegations that prompted the Swedish Academy to postpone the Nobel Literature Prize. / AFP PHOTO / Jonathan NACKSTRAND

Swedish prosecutors on Monday called for a minimum three-year sentence against a Frenchman accused of two counts of rape, in one of the first big trials to come out of the #MeToo movement.

Defendant Jean-Claude Arnault is an influential figure on Stockholm’s cultural scene and married to a member of the Swedish Academy, which selects the Nobel Literature Prize winner. The accusations against him caused a scandal that prompted the Academy to postpone this year’s Nobel Literature Prize.

On Monday, at the close of Arnault’s three-day trial, the Stockholm district court ordered the 72-year-old held in custody pending the verdict on October 1.

“I asked the court to remand him in custody pending the verdict because there’s a risk he’ll flee abroad,” prosecutor Christina Voigt told reporters. Arnault’s lawyer, Bjorn Hurtig, said his client, who denies the charges, was “very shocked”.

Arnault had close ties to the Academy and ran the Forum club in Stockholm, a meeting place for the cultural elite and popular among aspiring young authors hoping to make contact with publishers and writers.

But a month after the rape and sexual abuse accusations emerged against Hollywood mogul Harvey Weinstein, which sparked the worldwide #MeToo campaign, Arnault found himself the target of allegations.

Swedish daily Dagens Nyheter in November 2017 published testimonies of 18 women claiming to have been raped, sexually assaulted or harassed by Arnault.

Several of the allegations against Arnault were dropped, due to lack of evidence or because the statute of limitations had expired.

The two counts of rape with which he has been charged date back to 2011 against one woman.

According to the prosecution, Arnault allegedly forced the woman — who was in a state of “intense fear” — to have oral sex and intercourse in a Stockholm apartment on October 5, 2011.

Arnault is also accused of having raped her during the night of December 2-3 while she was asleep.

The trial was heard behind closed doors to protect the victim, whose identity has not been disclosed.

The claims against Arnault left the Swedish Academy, which funded his Forum club for years, deeply divided over how to deal with the scandal. Eight of the 18 members have either resigned or are on leave.

As a result, the Academy postponed the 2018 Nobel Literature Prize until next year, a first in 70 years.