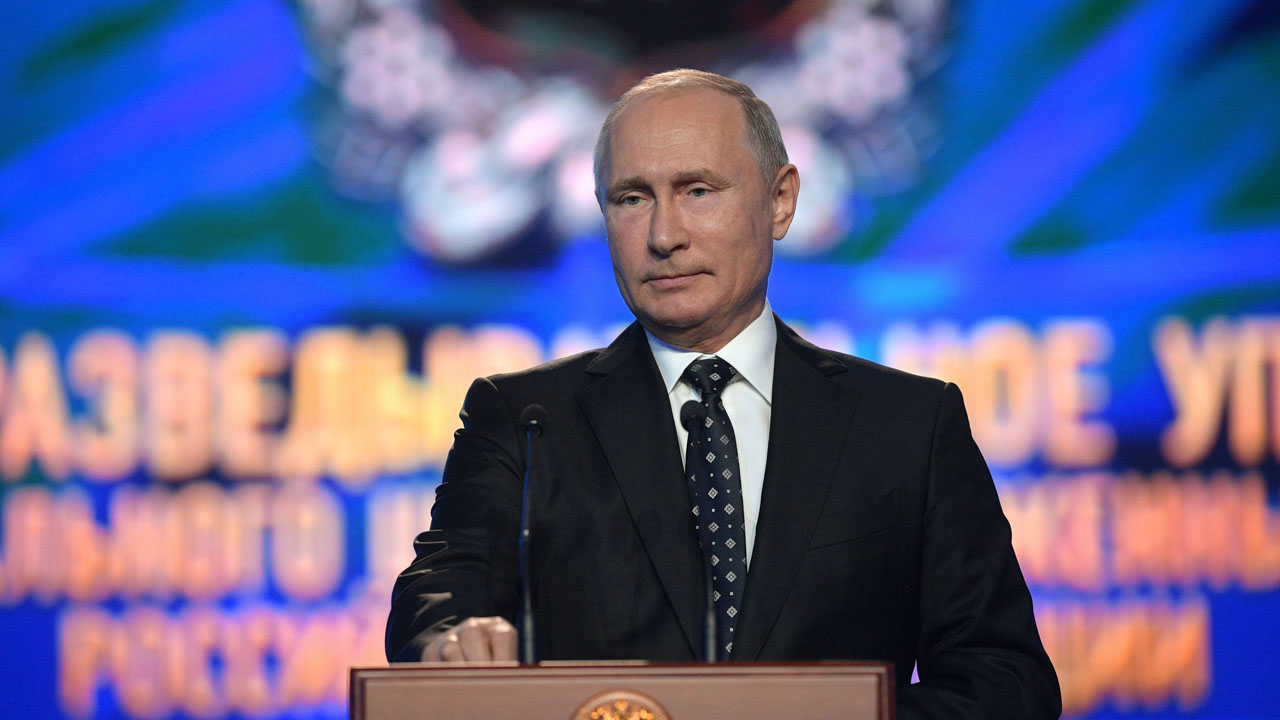 Russian President Vladimir Putin delivers a speech at the Russian Army Theatre during the event to mark 100th anniversary from the establishment of the Russian Armed Forces’ General Staff in Moscow on November 2, 2018. (Photo by Alexei Druzhinin / Sputnik / AFP)

Russian President Vladimir Putin on Friday publicly backed the GRU military intelligence agency at the centre of a spy poisoning row while rubbishing a recent change to its name.

Putin was speaking at an event to mark the centenary of the service also accused of carrying out large-scale cyber attacks including a foiled attempt to hack into the computer system of the global chemicals watchdog.

“I’m sure of your professionalism, personal courage and decisiveness, that each of you will do anything for Russia and our people,” Putin, a former KGB agent, said in a televised speech.

But the Russian leader was scathing about a change to the agency’s name.

The agency changed its name to the Main Directorate (GU) as a result of a reform in 2010, although it is still commonly known as GRU, or Main Intelligence Directorate.

Putin mocked the new name saying “it’s not clear where the word Intelligence went — the Main Intelligence Directorate — this should be reinstated”, to applause from the audience.

His speech came as a ringing endorsement of the service which has found itself in an unwelcome spotlight over the poisoning of ex-Russian spy Sergei Skripal and his daughter Yulia in the English city of Salisbury in March.

The Kremlin denies any involvement in the poisoning.

In September, the men gave an interview to a Kremlin-controlled television channel in which they said they were in Salisbury as tourists.

The GRU is one of Moscow’s three spy agencies along with the FSB security service and the SVR foreign intelligence agency.

Putin is a former head of the FSB, the main successor to the Soviet Union’s notorious KGB and served as a KGB agent in East Germany.

The GRU military intelligence has an extensive spy network abroad and its highly-trained “Spetsnaz” special forces have fought in various conflicts, including in Afghanistan and Chechnya.