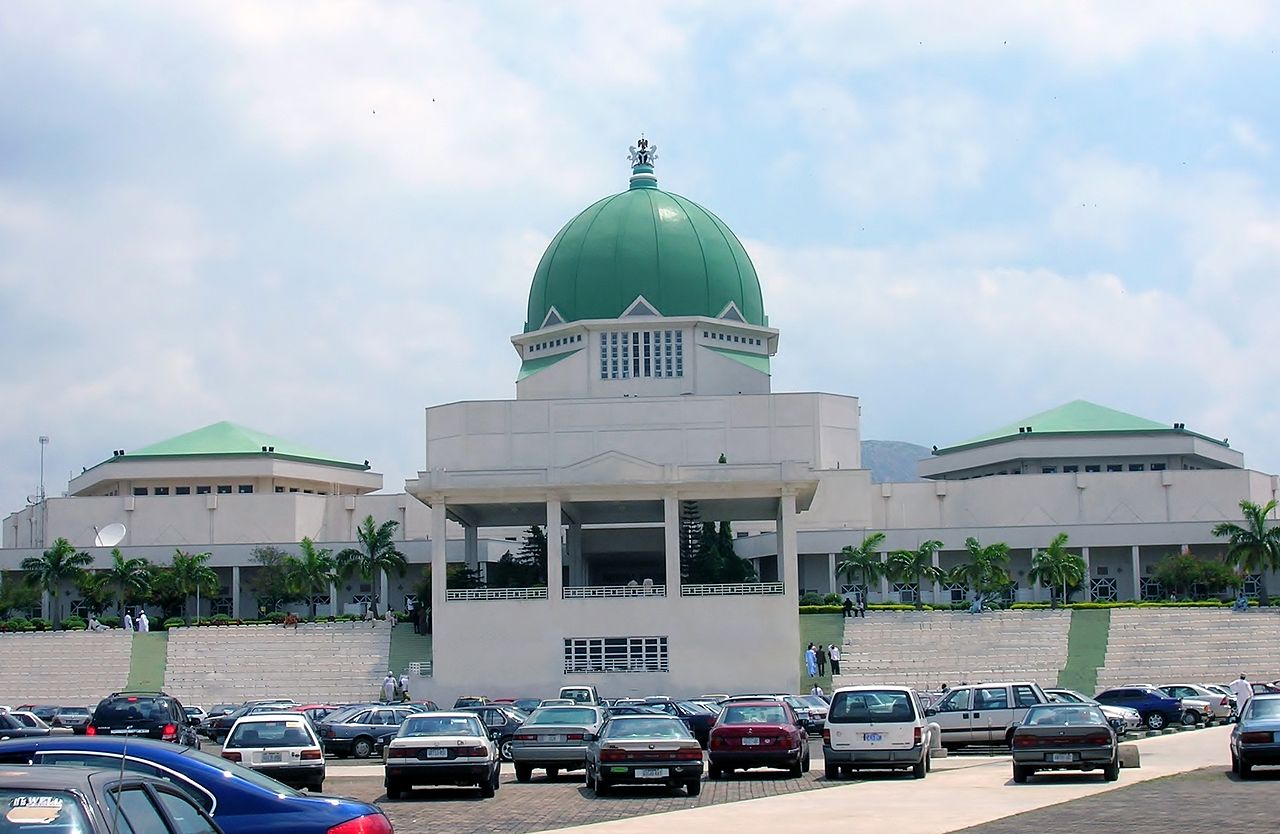 House of Representatives of Nigeria PHOTO:Wikipedia

The House of Representatives on Thursday stepped down the debate on the Electoral Act (Amendment) Bill 2018 currently before it.

The announcement was made at the plenary presided over by the Speaker, Mr Yakubu Dogara.

The motion to drop the bill, which was on Item 7 of the Order Paper of the day’s proceeding, was moved by Chairman, Rules and Business, Emmanuel Orker-Jev.

Orker-Jev, who represents Buruku Constituency of Benue, told the News Agency of Nigeria (NAN) in an interview shortly after the plenary that the debate on the bill could not hold because the sponsor of the bill was in another meeting with her colleague in the Senate.

”Well, the bill is on the process of harmonisation. The Chairman of the Committee on Electoral and Political Party’s Matter, Hajia Aishatu Dukku, was meeting with her Senate counterpart to bring out a harmonised version so that when we debate it on the floor of the House, there won’t be any basis for another conference committee,” he explained.

The lawmaker assured that on Tuesday, next week, the matter would come up and the bill would be done with.

He allayed fears that the bill may not scale through before the conduct of the 2019 General Elections.

”The fears by Nigerians are unfounded because that is why we want to circumvent the idea of prolonging the procedures and processes.

”When you have the chairmen of the committees of both sides of the National Assembly meeting, by the time it comes on the floor, we will cut out the whole of the not-here, not-there issue because we’ve already known that it is something that is agreed on between the two chambers.

”So that is what they are trying to avoid. We are going to sit on Tuesday, I assure you and Nigerians that the matter will come up and possibly be done with,” he said.

The News Agency of Nigeria (NAN) reports that President Muhammadu Buhari had returned the bill to the National Assembly on August 30 after he withheld his assent to it for the second time.

Many Nigerians, including members of the civil society organisations (CSOs), had expressed fear that the bill might not see the light of the day before 2019 poll, calling on the lawmakers to treat it with the urgency it deserves.

However, the bill, which is currently at the Committee of the Whole, could not pass on Wednesday as the House adjourned the plenary to Thursday, this week, for continuation of the debate due to the controversy it generated over the Card Reader clause.

Earlier, the Chairman, House Committee on Electoral and Political Party Matters, Hajia Dukku, had briefed members on the areas of dispute between the National Assembly and President Buhari.

Dukku, a member of the APC from Gombe State, listed 11 sections which she said the president raised objections to.

She explained that the Senate and the House committees worked on all the sections in conjunction with the Senior Special Assistant to the President on National Assembly Matters (Senate), Sen. Ita Enang, and top officials of INEC, leading to all of the president’s objections being addressed.