You are here
Home > 2019 elections > Rerun: Suspense as four Governors know their fate 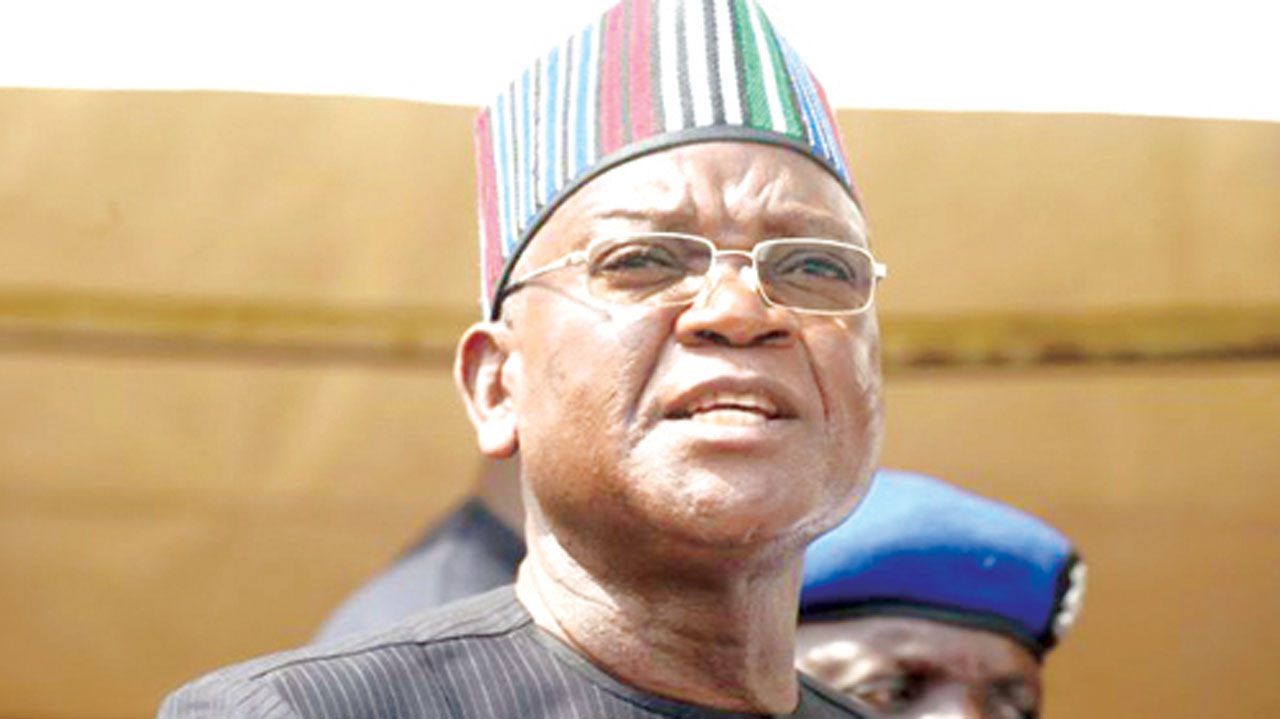 The country, yet again presented another ugly spectacle to the world as the Independent National Electoral Commission (INEC), yesterday, conducted supplementary elections for governorship and House of Assembly polls in some states.

Consistent with the 2019 general elections, violence, low voter turnout, underage voting, destruction of ballot papers, maiming of voters, as well as accusations and counter-accusation between the All Progressives Congress (APC) and the Peoples Democratic Party (PDP) featured unabated, especially in Kano, and Benue states.

Yesterday’s supplementary governorship and House of Assembly elections held in 618 polling units spread across 96 local council in the affected four states, and a total of 250,000 registered voters were expected to cast their ballots in the polls, which recorded its fair share of violence and malpractice. The supplementary for Adamawa has been put on hold due to court intervention.

A picture of bedlam was painted in Kano State, where violence was recorded in different locations. Trouble started when thugs allegedly procured by the APC chased journalists and voters who reported early to voting units in some wards in Gama. Gama Ward alone has 83 voting units with 40, 821 registered voters out of the 128, 324 that were expected to vote.

In the fracas, a reporter with The Authority Newspapers in Kano, Jerry Maduabuchi, narrowly escaped death after thugs wearing APC agent’s tags descended on him while taking photographs of voters on queue at Gama, while his counterpart from The Punch, Ted Odogwu, sustained bruises while attempting to escape the mob armed with clubs, cudgels and other dangerous weapons who, descended on voters at Suntulma Primary school, in the same Gama Ward.

The thugs freely chased many residents, who turned out to vote away from the polling units, while fully armed security operatives turned blind eye.

As the violence continued, the PDP called for cancellation of the supplementary election, citing massive cases of irregularities and rigging.
Chairman of the party, Rabiu Suleiman Bichi at a press conference accused the ruling APC of mobilising political thugs to unleash terror on PDP agents across the polling units.

Rabiu specifically accused security operatives of providing cover to the thugs to unleash mayhem, saying the party has lost faith in the whole exercise.

“Today, this charade called rerun election was slated to hold in Kano and other states. Unfortunately, what we have in Kano is nothing but shame. Political thugs have been mobilised by the APC and Kano State government to take over all the 207 polling units.

“These thugs are imported from Zamfara, Katsina, Kaduna, Plateau, and other Neighbouring states. I am certain most of you media have been out there in the field and have witnessed what happened. The thugs freely voted with the PVCs that do not belong to them and some posing as INEC staff within, while others were clad in our party (PDP) agents’ tags. Our original agents were beaten and driven away from the polling units.

As this was going on, in another part of the town, the Chairman of the APC, Prince Abdullahi Abbas was expressing shock over the PDP’s call for cancellation of the rerun, even when the exercise was still in progress.

The party also dismissed allegation of thugs’ importation during the poll.

The APC chairman said the PDP’s lamentation was a clear sign of defeat, having lost the opportunity to manipulate the results.

Also addressing journalists, the state Commissioner for Information, Mohammad Garba alleged that his car was invaded by the thugs at Yalwa polling unit in Dala Local Council, where he went to inspect the conduct of the election.

Garba also alleged that his counterpart in the Ministry of Finance, Dr. Aminu Muktar narrowly escaped an attack by suspected PDP thugs, who blocked his private car and smashed the windscreen at Dogon Nama polling unit also in Dala Local Council.

“We have not witnessed any ugly incidence except some isolated cases of violence and it is being addressed adequately. Voting went on smoothly and the process of collation is about to start,” he told newsmen.

IN Benue, where Governor Samuel Ortom of the PDP, who scored 410,576 votes in the earlier election, and led with 81,554 votes was squaring up against Emmanuel Jime of the APC, who scored 329,022 votes before the process was declared inconclusive by INEC, violence also reared its ugly head.

Elections were, however, suspended in Azendeshi ward of the state, where over 13, 000 voters were to vote, but could not because of the attack and destruction of election materials by suspected thugs.

The attack, which took place along Zaki Biam in Ukum Local Council, after the thugs intercepted the election materials and set them ablaze, left some security operatives, INEC officials and party agents injured.

Elsewhere in the state, The Guardian, which monitored the exercise in Makurdi, Gwer-West, Otukpo and Okpokwu council areas observed that electoral materials arrived polling units as early as 7.30, while accreditation of voters and actual voting started at 8am.

At Polling Unit 008 in Okungaga, Ugbokolo Council ward of Okpokwu Local Council, voters were seen undergoing accreditation and voting started at 8:40am without hitches, while other voters cast their votes peacefully.

Senator-elect for Benue South Senatorial District and PDP supervising agent for Okpokwu Local Council Comrade Abbah Moro, told journalists, that the election was going on peacefully and people were making their choices.

Senator Moro who stated that the people of Benue state took the governorship rerun very seriously, added that, “it is even better to witness a level of apathy and get the right result without anybody losing his life than to have a mammoth crowd, which could record rancour, violence and deaths.

SUPPLEMENTARY elections also held in Lagos State, yesterday at Ibeju-Lekki State Constituency I. Accreditation and voting commenced at 8 am at Polling Units 001, 003, 004, 005, and 006 of Ward 01, Ibeju Registration Area, as INEC officials and materials arrived the polling units before 8 am.

Officers and men of the Nigeria Police, Nigeria Security and Civil Defence Corps (NSCDC) and Federal Road Safety Corps (FRSC) were on hand to provide security in all the polling units, even though voter turn out was initially poor.

Erinle Kazeem, the Baale of Okegun Odofin in Ibeju-Lekki, , who spoke to newsmen expressed optimism that the peaceful atmosphere of the poll would continue till the last ballot was cast.

The monarch who cast his vote at about 10 am at polling until 001 of Ward 01, however, decried the short notice for the supplementary election, adding that many youths and residents of the area had left for the Lagos metropolis for different engagements.

Fatimon Ashafa, an APC agent at PU 001 said: “We were not aware of this supplementary election until Thursday and we went out to inform our people, though the notice was too late.”

PLATEAU State supplementary elections were held in 40 polling units across nine local councils of the state.

The elections were peaceful, orderly and devoid of rancour. By 2.00pm yesterday, elections in most polling units had been concluded.

However, jourmalists were subjected to the usual waiting game at the INEC headquarters in Jos.

A Nigerian Air Force helicopter hovered over the Jos/Bukuru metropolis providing aerial surveillance, while security operatives were also on hand to take care of any eventuality.

IMO State witnessed snatching of ballot and electoral materials during yesterday’s supplementary poll held in about 175 polling units for election into the state House of Assembly seats. The elections were held in Oguta, Isu, Ikeduru, Ngor Opkala and Orlu local councils.

Late arrival of electoral materials and snatching of ballot boxes and election materials by hoodlums were recorded in Avuvu, Eziama in Ikeduru Local Council and in Alulu in Ngor Opkala Local Council.

THE Centre for Democracy and Development’s (CDD) Election Analysis Centre (EAC), which deployed observers to Bauchi, Benue, Kano, Plateau and Sokoto states in its preliminary report said on average, accreditation and voting processes commenced in earnest between the hours of 8am and 8:30am in majority of polling units across the five states.

It said the exercise was greeted with commendable turnout of voters in the five states, while incidents of violence and disruption of voting process were reported in Kano, Sokoto, Benue and Bauchi states.

“In Kano State, violence and disruption of polling were widespread as an army of thugs reportedly took over polling activities in several local government areas, including Nasarawa, Dala, Karaye and Gaya, etc. In PU 011, Kwanyawaward and PU 002, Chede ward, both in Karaye LGA; and PU 001 and PU 034-036, Gama Ward of Nasarawa LGA. It is distressing that political thugs took over the elections, forcing voters to vote along a party line, stoning voters and violently disrupting the elections.

The group also said that issues of vote buying were recorded in Sokoto State and the allegation was against both the PDP and the APC, failure of smartcard reader failure hindered the early take off of polling, particularly in Bauchi State, while a high level of under age voting added to the ugly scenario.

In a statement entitled, “INEC Must Halt The Ongoing Bloody Supplementary Elections Now,” it said, “from visuals of mayhem laden with the blood of citizens emanating from Kano, Sokoto, Rivers etc to the reported kidnapping of INEC staff in Benue, we as democrats expect the rest of the civilised world to wonder if it is war or elections that is presently being prosecuted in Nigeria.”

It added: “NDP is therefore scandalised that with all the open threats by partisans in the run up to these elections, inadequate security measures still pervade our electoral landscape.”

The statement signed Promise Adewusi, Director of Administration, and Hajia Khadija Abdullahi Yusuf, Director of Special Duties continued: “To save Nigerians from this mockery of democracy, NDP calls on INEC to immediately have recourse to the provisions of the Electoral Act as it relates to violent disruptions of elections by calling off and cancelling the charade floating on the blood of citizens in Kano State until such a time adequate security can be guaranteed in the country as no election is worth the blood of any citizen.

“Finally, we call on law enforcement agencies to immediately apprehend and prosecute all suspected offenders and culprits of this needless mayhem for the sake of justice and stability within the Nigerian polity.”