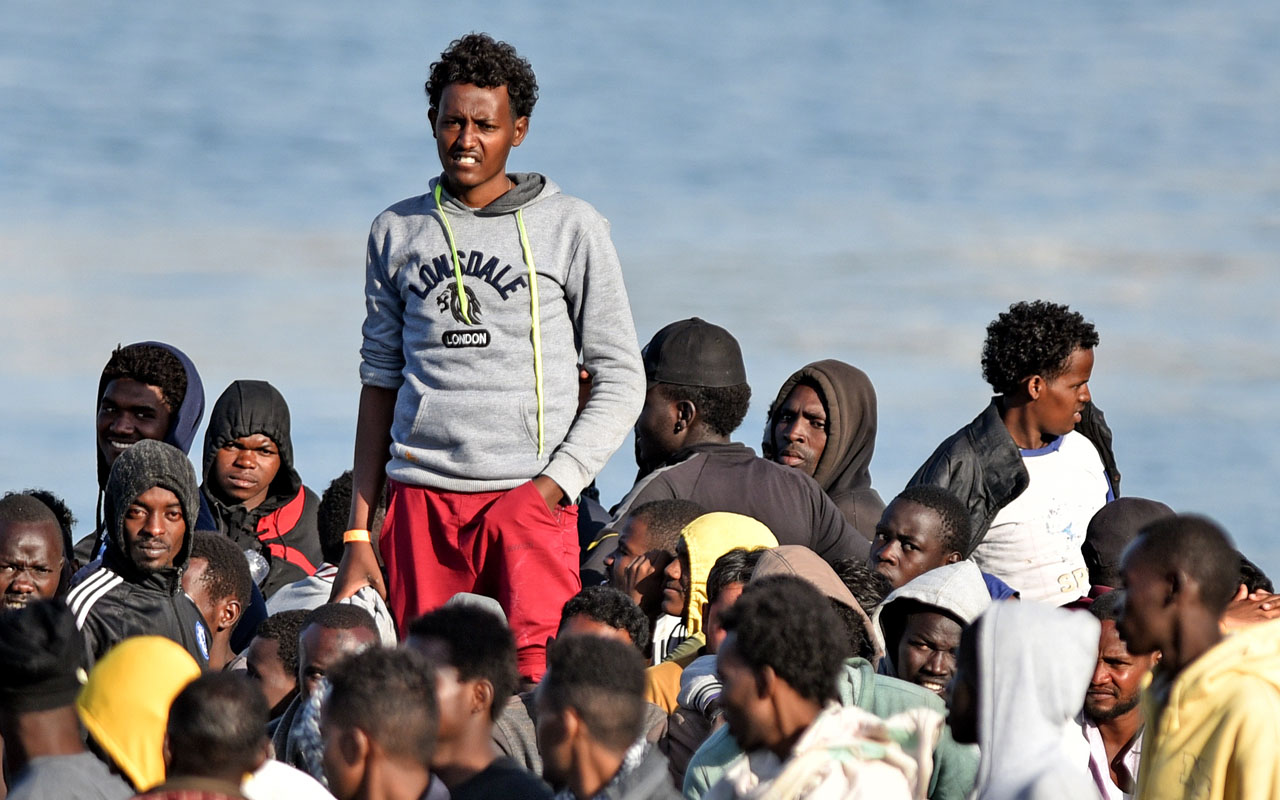 Italy’s far-right Interior Minister Matteo Salvini said on Saturday Italian ports were closed to hundreds of migrants rescued off Libya after a mother and newborn baby were evacuated to Malta.

The anti-immigration minister said that the Spanish NGO Proactiva Open Arms had asked to allow the men, women, children and babies rescued on Friday to disembark in Italy after Malta turned them away.

“My answer is clear: Italian ports are closed!” Salvini tweeted. “For the traffickers of human beings and for those who help them, the fun is over.”

The NGO said a Maltese coastguard helicopter had taken a woman and her baby born on a Libyan beach three days ago who were among those rescued at sea.

“We continue with 311 people on board, without port and in need of supplies,” the NGO tweeted.

Proactiva Open Arms said on Friday that it had rescued more than 300 migrants from three vessels in difficulty, including men, women — some of them pregnant — children and babies.

The NGO posted a video of some of those rescued “from a certain death at sea. If you could feel the cold in the images, it would be easier to understand the emergency. No port to disembark and Malta’s refusal to give us food. This isn’t Christmas.”

The vessel started patrolling the Mediterranean with two other boats run by migrant aid groups off the Libyan coast in late November.

This area of the Mediterranean has been the most deadly for migrants attempting the crossing to Europe.

More than 1,300 migrants have perished trying to reach Italy or Malta since the beginning of the year, according to the International Organization for Migration.

Aid groups have been sending rescue vessels into these waters despite vocal opposition from Salvini.

Accusing the groups of acting as a “taxi service” for migrants, he has denied them access to Italy’s ports. Malta too has been increasingly unwilling to host rescue vessels.

Another aid group meanwhile, Sea-Eye from Germany, announced Friday that one of its vessels was setting off from the southern Spanish port of Algeciras.

The 18-strong crew includes former volunteers who were on board the Aquarius, a rescue boat run by Doctors Without Borders (MSF) and SOS Mediterranee.

The two groups said they had to halt activities earlier this month because of obstruction by some European countries.