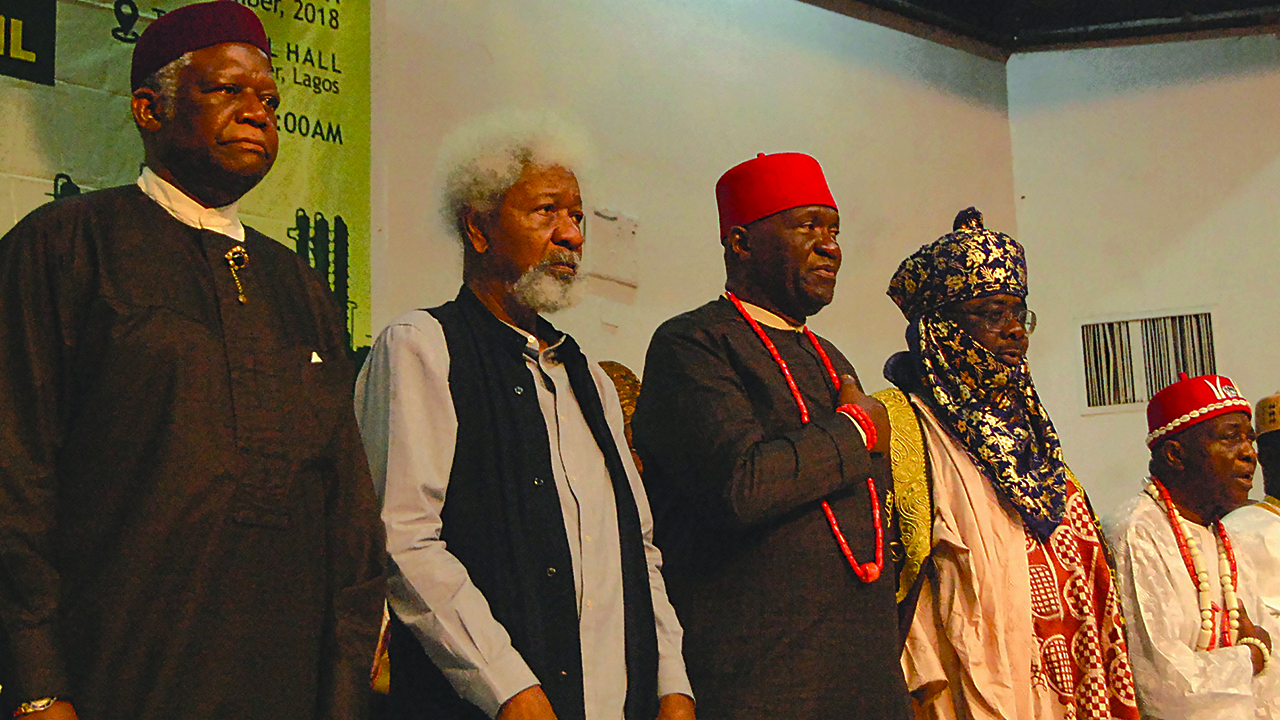 Prominent Nigerians have restated calls for restructuring the country with Nobel Laureate Wole Soyinka insisting the move is unstoppable.

“A methodological way of stopping the bloodbath in the country is to reconfigure the nation. And nobody has the right, either through body language or any other means, to say no,” Soyinka said during the Handshake Across Nigeria summit organised by Nzuko Umunna/Aka Ikenga and Core Federalists in Lagos yesterday.

In his welcome address, Nwachukwu dismissed the concern that some states would get unfair deals in a restructured Nigeria. “There is no state without the basic requirements for economic and human capital development. The fear therefore, that some states would be disadvantaged under this arrangement would be removed because the Federal Government would intervene directly or through loans to the federating units to realise their developmental projects.”

He explained that states would not be able to misappropriate such funds, as people would rise against any attempt to misapply the commonwealth. Consequently, unemployment, agitations from ethnic groups, insurgency, kidnappings, armed robbery and ritual killings would be reduced to the barest, he said.

He further urged the Independent National Electoral Commission (INEC) to be truly independent as the 2019 general elections draw closer. According to him, though government set up the commission, it is responsible only to the people. To make INEC truly independent, he said, there is the need to review the way its members are appointed.

“In the United Kingdom, for instance, the Speaker’s Committee appoints the electoral officers drawn from the political parties. Currently, of the total 10 members, appointed and ex officio, there are four Conservatives, three Labour and one Scottish Nationalist (excluding the Speaker). The body reports to the parliament and not to the Prime Minister, thereby making them truly independent and representative.

Nwodo, on his part, said it was disheartening to see the Federal Government assuming responsibilities such as education, health and agriculture, which states could effectively discharge. “The usual response to this observation is that states are not even now able to pay their workers. What is not acknowledged is that the resources that the Federal Government corners for itself, now, would have to be released to the states when they take on these duties,” he said.

He added: “Those campaigning against restructuring have painted an unfortunate and untrue picture that those of us in support are going to deny the northern states, who do not yet have any proven oil reserves, the ability to survive.

“This is unfortunate. The new model we propose for Nigeria will drastically reduce corruption, as the large federal parastatals, which gulp government revenue for little or no impact, dissolve and give way to small and viable organs in the new federating units.”

At a meeting with executive members of the Delta State Traditional Council yesterday, he described his optimism as “incurable.” He said although the country lacks perfection, it nevertheless “can be made to make progress and move at a pace that will be advantageous to all of us, no matter our tribe, position, gender and race.”