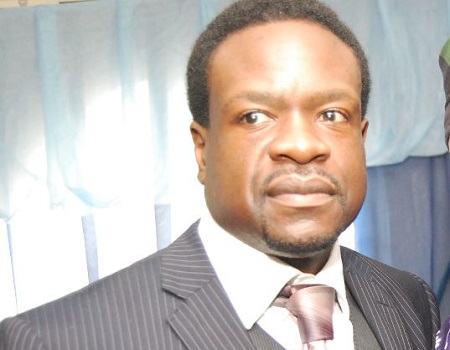 A Lagos-based legal practitioner, Barrister Olumide Braithwaite, has called on President Muhammadu Buhari as well as the National Assembly to revisit the report of the 2014 National Conference which mainly focuses on restructuring the country, declaring that government cannot put off the report any longer.

Olumide, who is the son of late elder statesman and an activist, Dr Tunji Braithwait, made the call in an open letter addressed to the National Assembly titled: ‘Re-Save our democracy- Adopt the 2014 National Conference Report’ and dated, decrying what he termed lack of attention paid to the report so far.

It would be recalled that former President Goodluck Ebele Jonathan set up the conference, comprising eminent Nigerian men and women from across the country.

Olumide, who said he was privileged to have witnessed the working of the conference, assisting his father at the exercise, which was made up of committed, patriotic men and women drawn from all corners of the country, pointed out that the various committees set up at the conference was charged to treat present constitutional shortcomings facing Nigeria.

“As part of the 2014 National Conference which my late father, Dr Tunji Braithwaite, strongly advocated for and which I was privileged to attend, one of its main objectives was to restructure the Federation of Nigeria,” he said.

According to him, a lot of work was done by the various committees in that Conference that advocated for structural change amongst other things, saying such included deliberation on the present six geo-political zones in the country, amendment of the constitution to do away with the 1999 Constitution, considered as an appendage of the military decree of General Abdulsalam Abubakar which ushered in the Obasanjo Regime as well as the abolishment of the immunity clauses and issue that had to do with indigeneship.

“A lot of work was done by the various committees in that Conference that advocated for structural change amongst other things, including that of six geo-political zones, amendment of the constitution to do away with the 1999 Constitution which was an appendage of the military decree of Abdulsalam which ushered in the Obasanjo Regime as well as the abolishment of the immunity clauses,” he said.

“As a Lagosian and also a member of the Lagos Elders Council which strongly advocates for the rights of indigenes of the Colony of Lagos, this is a topic that resonates with our identity and our fundamental rights to self govern. That report is still pending and yet to be implemented and I strongly believe that it is something that the next government must address and cannot be put off any longer,” he added.