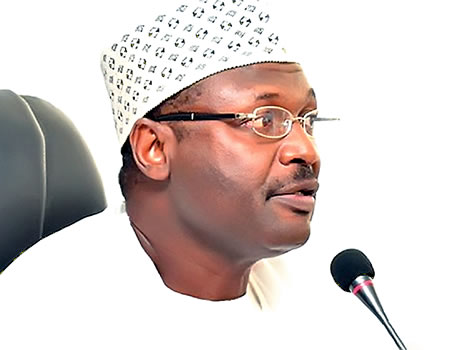 Ahead of next week completion of final collation of results of governorship and state assembly elections in Rivers state, the All Progressives Congress, (APC) has alleged that the Independent National Electoral Commission, (INEC) has prepared Certificates of Return to be issued to governorship candidate of the Peoples Democratic Party, (PDP), Governor Nyesom Wike alongside other candidates of the PDP for state assembly.

Tribune Online checks revealed that the electoral umpire had suspended collation of results in Rivers state on March 10, citing disruption of the process by party thugs and soldiers.

Further checks revealed that it had completed collation of results in 17 out of the 23 local government areas before it suspended the process.

The APC has been declared ineligible to produce candidates for elective offices in Rivers state by a pronouncement of the Supreme Court, but it has since adopted candidates of the African Action Congress, (AAC).

Speaking with newsmen in Abuja, Prince Tonye Princewill, Director, Strategic Communications, Tonye Cole Campaign Organisation, accused INEC of doctoring results of collated results to favour the PDP candidates and even prepared Certificates of Return for the party candidates in outstanding local government areas where results have not been collated.

He said:” INEC has already prepared certificates of return for constituencies that it is yet to collate as planned, going by even their own schedule. Who is deceiving who?

“Even before the conclusion of the Governorship and State House of Assembly elections which it suspended in Rivers State, the Independent National Electoral Commission, INEC, had declared the candidates of the Peoples Democratic Party, PDP, winners.

” The Commission had also prepared their Certificates of Return, including that of Governor Nyesom Wike, inside sources have revealed. The certificates, which have the name of the National Chairman, Prof. Mahmood Yakubu, are reportedly in the custody of the Resident Electoral Commissioner, REC, Obo Effanga,  who it was also alleged, was the mastermind behind the certificates-before-election-results deal with PDP.

“Though the electoral umpire had suspended the Rivers’ elections via a statement on March 10, 2019, the certificates bear dates later than the April 15 date INEC said collated results would be declared.

” In its latest press statement on the election saga in Rivers State,  INEC gave April 19 as the date that certificates of return will be issued to winners.

The unsigned Certificates of Return, copies of which were made available to newsmen were dated March 14, 2019.

But the INEC chairman, Professor Mahmoud Yakubu dismissed the Certificates of Return as a fake document.

Speaking with Saturday Tribune on phone, Rotimi Oyekanmi, media aide to Professor Yakubu said the electoral umpire could not have produced Certificates of Return before the conclusion of an electoral process.

He also noted that the Certificates purportedly prepared by INEC have no signature of the Commission chairman, Professor Yakubu.

He said: ” The allegation by the APC is unfounded. INEC does not produce Certificates of Return before the conclusion of an election. We can only issue certificates to the legitimate winners.