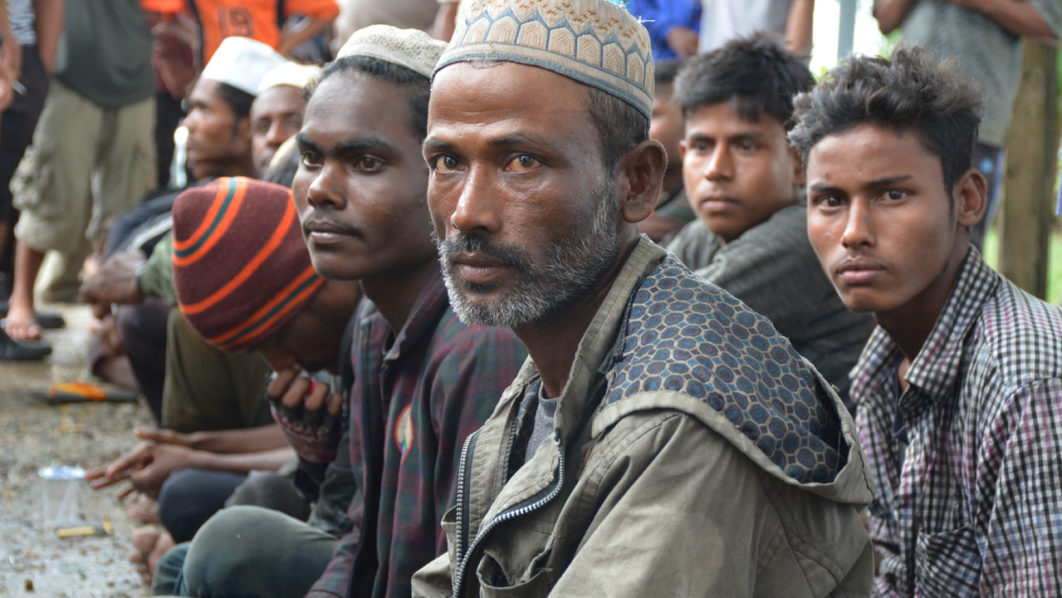 They arrived in Indonesia’s western Aceh province on Sumatra island in a rickety wooden boat, according to a local official.

“They are Rohingya from Myanmar. We asked them where they were heading and they said they were going to Malaysia,” said Idi Rayeuk district navy commander Razali, who like many Indonesians goes by one name.

“Maybe it’s because of the currents that they’ve landed here instead.”

The group were all in good condition and authorities are trying to find them a shelter, Razali added.

In recent weeks authorities in both Myanmar and Bangladesh, where around a million of the Muslim refugees are living in camps, have stopped boats filled with fleeing Rohingya migrants headed mainly for Malaysia.

It has been rare for Rohingya to attempt the sea routes south since Thai authorities clamped down on regional trafficking networks in 2015, sparking a crisis across Southeast Asia as large numbers were abandoned at sea.

That year, hundreds of Rohingya came ashore in Aceh, where they were welcomed in the staunchly conservative Islamic province.

But there have been concerns the desperate community might start taking to the high seas again after mainly Buddhist Myanmar launched a new military crackdown last year that forced about 700,000 members of the Muslim minority to flee to Bangladesh.

In April, about 80 Rohingya in a wooden boat landed in Aceh, just weeks after dozens more arrived in neighbouring Malaysia.

Indonesia tends to accept asylum seekers but they are usually barred from working and often spend years in immigration centres.