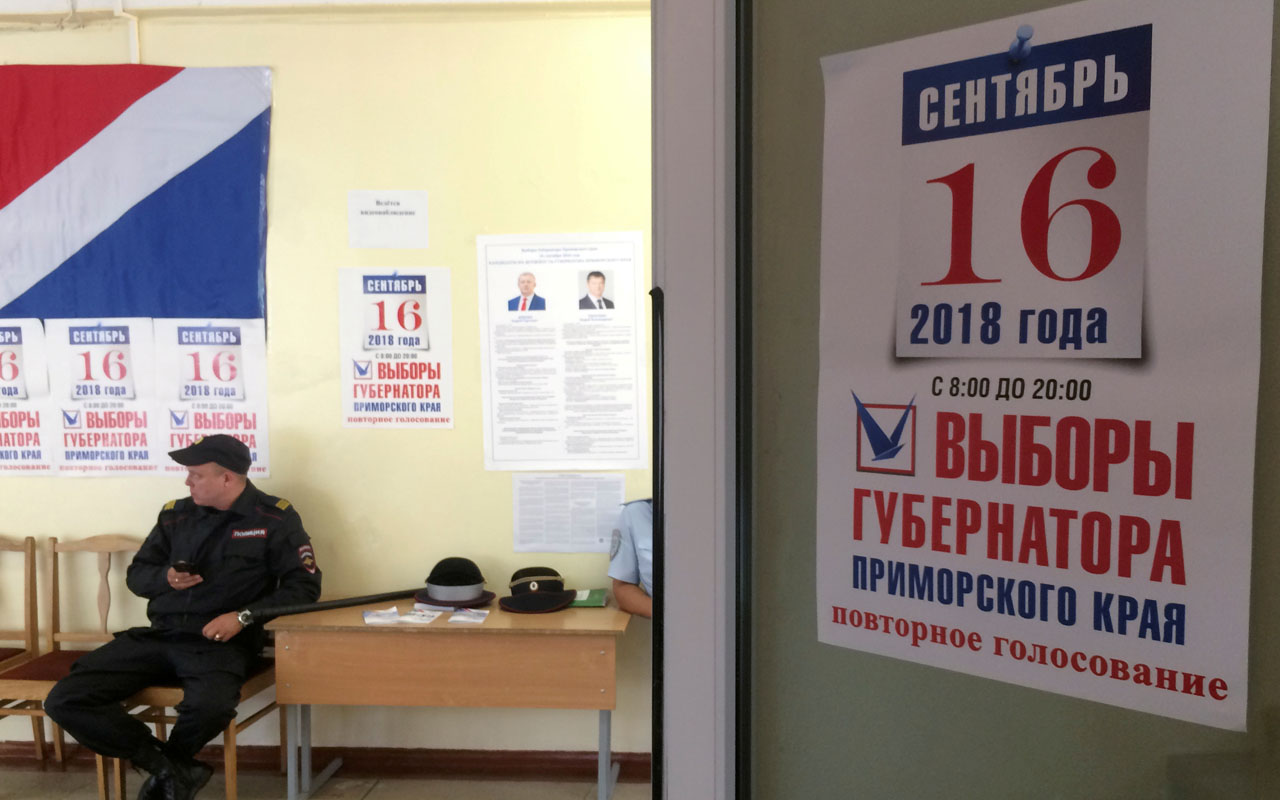 Russian authorities on Thursday cancelled the result of a vote in an unprecedented move after claims of vote-rigging in favour of a candidate backed by President Vladimir Putin triggered protests.

An electoral commission in the far eastern region of Primorsky Krai took the decision to invalidate the results of a runoff governorship vote after the country’s election chief on Wednesday recommended re-running the election, citing numerous violations.

It was the first such case in the history of modern Russia.

The crisis erupted after a Communist Party candidate accused a ruling party representative endorsed by Putin of “stealing” his victory in the vote last Sunday.

The candidate of the ruling United Russia party, Andrei Tarasenko, accepted the vote annulment, saying there “have been too many complaints.”

The Communist Party had earlier urged the authorities to call the race for its candidate Andrei Ishchenko instead of re-running it and said they would launch legal action.

“You have to conduct an investigation and draw serious conclusions,” he said on Wednesday, calling the polls a “criminal drama.”

Ishchenko, 37, said he would appeal the election commission’s decision in court and that he planned more rallies in Vladivostok, Primorsky Krai’s main city. The Communist party said more than 2,000 people protested Monday.

On Sunday he seemed poised to become the next governor of Primorsky Krai until the results suddenly changed overnight allowing Tarasenko to claim victory.

Sunday’s vote was a second-round runoff after Tarasenko failed to win at least 50 percent of the vote earlier this month.

In Moscow, electoral head Ella Pamfilova welcomed the decision, saying “there was no other way out in this situation.”

New polls are supposed to take place in three months.

Pamfilova said Wednesday there were “serious violations” in the vote and referred to instances of ballot-stuffing and bribes, but denied that it was rigged in favour of the Putin-backed candidate.

In a sign of how rare official acknowledgements of vote rigging are in Russia, the developments from Primorsky Krai — which borders North Korea and lies on the coast of the Sea of Japan — were on the front pages of the country’s top newspapers Thursday.

An editorial in the liberal daily Vedomosti called the vote-rigging “the loudest election scandal in recent years,” saying that only “a drop in the ocean” of election violations in Russia were punished by courts.

The pro-Kremlin media hailed the vote cancellation as evidence that authorities were committed to clean elections.

Rigged so blatantly on purpose?
But The Bell, a respected media startup run by investigative journalists, said, citing sources from Tarasenko’s campaign, that officials rigged the vote so openly on purpose because it became clear the Kremlin-endorsed candidate was going to lose and asked Moscow for help.

While nearly every election in Russia is marred by claims of vote-rigging, the opposition and ordinary Russians said ballot-stuffing during the far eastern vote was especially brazen.

According to the official results, Tarasenko won 49.55 percent of the vote after a sudden surge, while Ishchenko received 48.06 percent.

That result came despite the Communist Party candidate enjoying a five-point lead when more than 95 percent of votes were counted.

Voters across Russia are angry over rising poverty under Western sanctions and a controversial pension reform, which led to a major drop in Putin’s approval ratings.

The Kremlin this month also suffered election blows in the regions of Khabarovsk, Khakasia and Vladimir, where ruling party candidates failed to win in the first round.

Second-round runoffs are scheduled in those regions on Sunday.