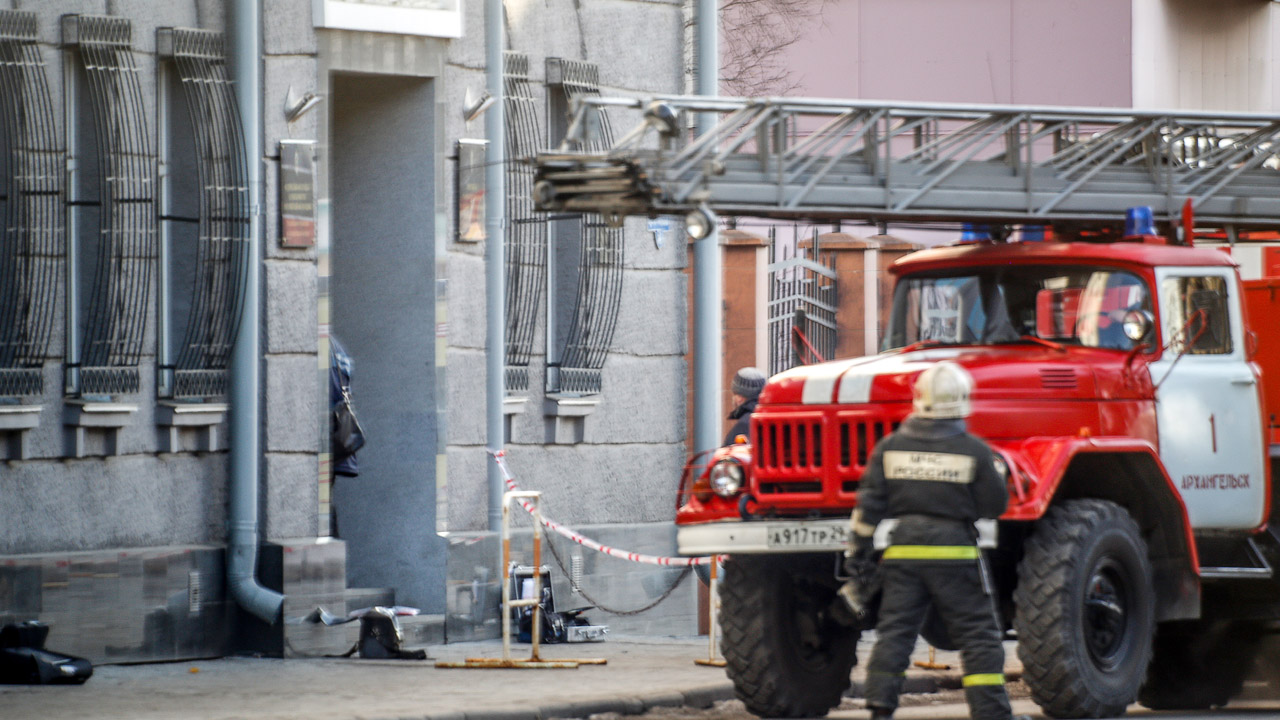 A Russian firefighter walks near a fire-engine at building housing the FSB security service in Arkhangelsk on October 31, 2018, after an explosive device went off inside the building. – Russian authorities said they have opened a terrorism investigation after a bombing on October 31 by a 17-year-old local resident at a building housing the FSB security service in the north of the country. (Photo by Michail SHISHOV / AFP)

Russia said it had launched a probe into terrorism after a 17-year-old blew himself up at a regional headquarters of the FSB security service on Wednesday, wounding three employees.

The bomber took an explosive device into the FSB building in the northern city of Arkhangelsk and a blast occurred inside the entrance just before 9 am (0600 GMT), the National Anti-Terror Committee said.

Authorities have cordoned off streets around the building, with police and experts combing the area for clues.

Attacks on police and security services are common in Russia’s restive Northern Caucasus but are very rare in the rest of the country.

Investigators identified the bomber as a 17-year-old local resident.

“According to preliminary information, the person who came into the building took an unidentified item out of a bag which after a period of time exploded in his hands, as a result of which he sustained fatal injuries,” the committee said.

Investigators said they opened a probe into terrorism and illegal possession of ammunition.

Three FSB employees were hospitalised with various injuries after the blast in the city, which is located more than 1,000 kilometres (800 miles) north of Moscow, the committee said in a statement.

“One man is in surgery,” a spokeswoman for the regional FSB told AFP.

President Vladimir Putin — himself a former FSB officer — was informed about the explosion, his spokesman Dmitry Peskov told reporters but declined to speculate on the cause.

Regional governor Igor Orlov, who inspected the scene, had said the explosion was not part of a drill gone wrong.

“Things are very serious,” he said in comments confirmed by his spokesman to AFP.

Orlov added that the authorities were working to establish the type of the explosive used.

“We are taking measures to increase security of all public and state buildings in Arkhangelsk region.”