Russia was reinstated by the International Olympic Committee (IOC) on Wednesday after the remaining tests of the country’s athletes at the Pyeongchang Winter Olympics were all returned negative. 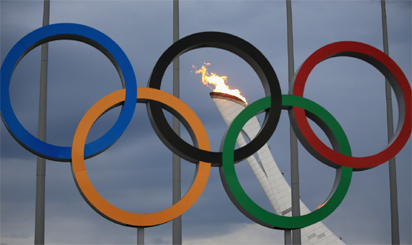 Russians competed as neutrals at the Games after the IOC suspended the country’s Olympic Committee (ROC) in December, saying it had found evidence of an “unprecedented systematic manipulation” of the anti-doping system.

The IOC reinstatement means athletes can compete under the Russian flag and wear a national team uniform, while the national anthem can be played at gold medal ceremonies.

On Sunday the IOC said Russia, which has repeatedly denied state involvement in doping, would be automatically readmitted if there were no more doping violations from the Games.

“The final notification of all remaining test results from the Olympic Athlete from Russia (OAR) delegation has been received,’’ the IOC said in a statement on Wednesday.

“The IOC can confirm that all the remaining results are negative.

“Therefore, as stated in the Executive Board decision of Feb. 25, the suspension of the Russian Olympic Committee is automatically lifted with immediate effect.”

The decision was announced earlier on Wednesday by ROC president Alexander Zhukov on state television.

“The Russian Olympic Committee has had its rights fully restored,” he said. “It’s a decision of the utmost importance for us.”

A team of 168 Russians competed as part of a neutral ‘Olympic Athlete from Russia’ (OAR) team in Pyeongchang but two of them failed drug tests.

They had all been required to prove they were clean before the Games.

Under the neutrality rules, the Russians were unable to wear national uniforms or have their anthem played at medal presentations.

However, on Sunday the men’s ice hockey team sang the national anthem after winning gold.

Widespread doping by Russian athletes at the 2014 Sochi Winter Games was exposed by an independent report for the World Anti-Doping Agency (WADA).

WADA said in a statement on Wednesday that Russia remained non-compliant with its code.

“This is because it has not yet met the necessary criteria of RUSADA’s (Russian Anti-Doping Agency‘s) Roadmap to Compliance, following Russia’s proven systemic manipulation of the doping control process.”

Forty-three Russian athletes were disqualified from the 2014 Sochi Winter Games and banned by the IOC.

This was after the Olympic body followed up the WADA investigation, although 28 of those had their results reinstated and bans overturned after appealing to the Court of Arbitration for Sport (CAS).

Those 28, however, were not invited to Pyeongchang by the IOC.