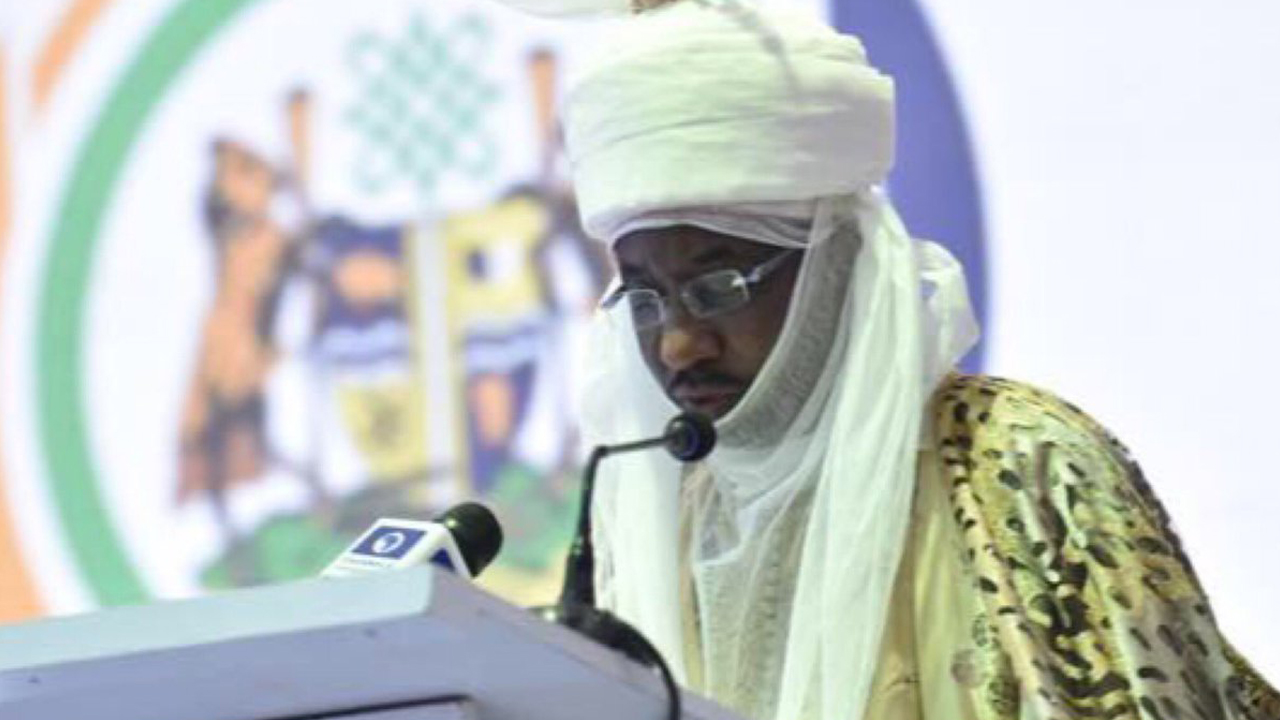 Emir of Kano Muhammadu Sanusi II has cautioned politicians who hide behind the mask of religion to exploit Nigerians.

He regretted that the North, in the last two decades, was robbed of focus due to the politicisation of religion and culture.

Politicians turned religion into a vehicle for campaign, thereby exploiting the religious character and ignorance of the people, he said.

Rather than solving problems in the education and health sectors, governors were busy promising to deliver religion, which led to the underdevelopment of many states, the emir noted.

He said it was not surprising that states which placed too much emphasis on religion over development lagged behind in socio-economic milestones. According to him, “The most backward and underdeveloped states in Nigeria today are also the same states that claimed to be run based on Sharia. The people seemed satisfied with slogans and pilgrimages that have become jamborees.”

Due to the hype, people in the region stopped demanding the education of their children and healthcare from their leaders, he noted.

The centre, founded by the late M.D. Yusuf, a former Inspector General of Police, empowers youths, particularly the physically challenged.

The emir called on government to engage youths through increased investment in agriculture. He also urged politicians to sign peace pacts before next year’s general election and discourage youths from violence.

On its part, the Christian Association of Nigeria (CAN) warned the presidency and the Nigeria Police against acts capable of threatening democracy. It also urged the legislative and executive arms of government to collaborate in the interest of smooth governance.

“We express grave concerns over the poor handling of the police invitation to the Senate President Bukola Saraki, over the infamous Offa robbery saga that led to the death of about 30 people, and the alleged plan by the Economic and Financial Crimes Commission to arrest the Deputy Senate President Ike Ekweremadu, over alleged money laundering,” CAN said in a statement by its president, Samson Ayokunle, in Abuja yesterday.

“The Christian umbrella body condemns in strong terms the way the police were deployed in subjecting the leadership of the National Assembly to needless embarrassment and harassment. The ongoing action of the police is a siege against democracy,” the association noted.

“We are shocked, disappointed and alarmed at the aborted moves by the police to stop both the senate president and his deputy from attending Tuesday’s proceedings for whatever reasons. We call on both the leadership of the National Assembly and the presidency to stop acting in a manner that constitutes international disgrace and embarrassment.

“We appeal to all security agencies to stop being involved in partisan politics. Nigerians must realise that leadership goes around and comes around, but our country will continue to remain. CAN calls on all service chiefs, including the Inspector General of Police, Ibrahim Idris, not to destroy our democratic institutions through needless partisanship.”

In a related development, the Supreme Knight of the Order of the Knights of St. Mulumba Nigeria, Chief Diamond Ovueraye, expressed fear that the nation was hurtling towards the precipice.

“There is too much self-aggrandisement on the part of the leaders. But as knights, our duty is to speak when things are going wrong and pray for the country and for solutions to problems. The leadership must bring us back from the drift by doing the right thing,” he said at the investiture of 150 ladies and brothers into the apex Fourth Degree of the Order at the Catholic Church of Ascension, Ikeja, Lagos.

He told delegates and members of the party in Owerri, Imo State that the move would satisfy the yearnings of the geo-political zones. He promised to toe this line if he was given a chance to rule the country next year.