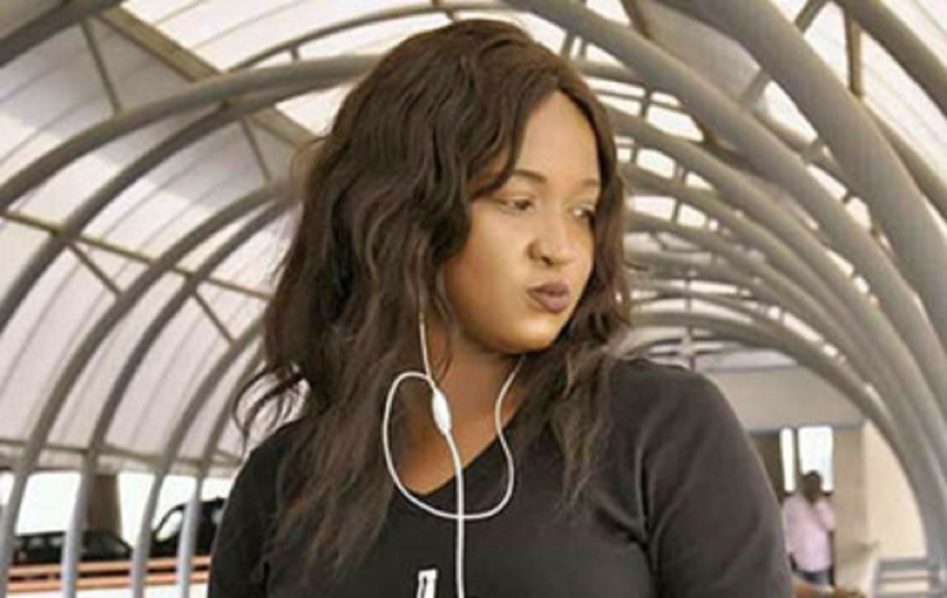 Meyer, an ex- BBC journalist, said she had some business dealings with Phillips dated back to 2015, which she terminated in 2016.

Meyer disclosed she had met Philips 2015 when she “needed a face” for a “blog and event portal on the business of drinking.”

But she terminated her dealings with Phillips “after I found out that @FunkePhillips is facing COCAINE smuggling charges (with a 2009 court case); and on 4 July 2011, @ndlea_nigeria listed her as skipping bail.”

The court case paper posted on Twitter by Meyer bears the surname Philips instead of Phillips the campaign aide uses on social media and on her bio page on the beverageroom.co.

She was arraigned before Justice P.I Ajoku of the Lagos Division of the Federal High Court in 2007 but she, alongside 25 others absconded after being granted bail by the judge.

Meyer said Philips told her that she “went through a lot to settle the case” when Meyer demanded her explanations about the case.

Meyer explained that she worked with Phillips at the time because she needed her to be the face of the business – The Beverage Space – in Nigeria.

She insisted that Phillips was a minority partner in the venture and that she contributed no financial and intellectual input to the business.

“I was not based in Nigeria. This is where Funke Phillips came in. I later called it The Beverage Space,” said Meyer.

She, however, said she discontinued contract after her “character check” revealed Philips as a “drug baron on the lam.”

“I, therefore, asked Funke Phillips for her documents of acquittal. She responded that this was the work of her enemies. With such answers, I told her I could NEVER work with her on any basis; we needed to cut all ties immediately.”

But years later, Phillips began her own website which she named ‘The Beverage Room’ based on the same ideas Meyer said she “originated and conceptualised.”

The Guardian found out that the website was registered in Lagos on November, 2017. Curiously, on the website’s About Us page, Phillips claimed it was launched in 2015.

“In 2015, TBR was launched by Olufunke Phillips to chronicle her love for Coffee, Wine and Spirits. She started an Instagram, Facebook page and a blog sharing tips, tricks, findings and other things.”

Meyer explained on Twitter that she was making a public disclaimer to fully dissociate herself from any from business dealings she had with Ms Phillips in 2015 and 2016.

“I cared about my career and life in Europe, where even the whiff of an association with criminality is just as bad as criminality,” She said.

“Worse still, when I raised the issue 72 hours ago, contacts have since come to tell me they thought I was still a silent partner at TBR, and that is why they joined online groups, bought t-shirts, went to and had events, etc.

To be clear: I publicly (via social media) tagged Funke Phillips, asking her to pull down TBR, because it is a rip-off of TBS, and she knows why she has to: Intellectual property theft, and the matter of GROSS criminality.”

Meyer threatened a lawsuit  to “force a pull-down” of The Beverage Room.

“I am more concerned about DISSOCIATION and intellectual property theft,” Meyer said.