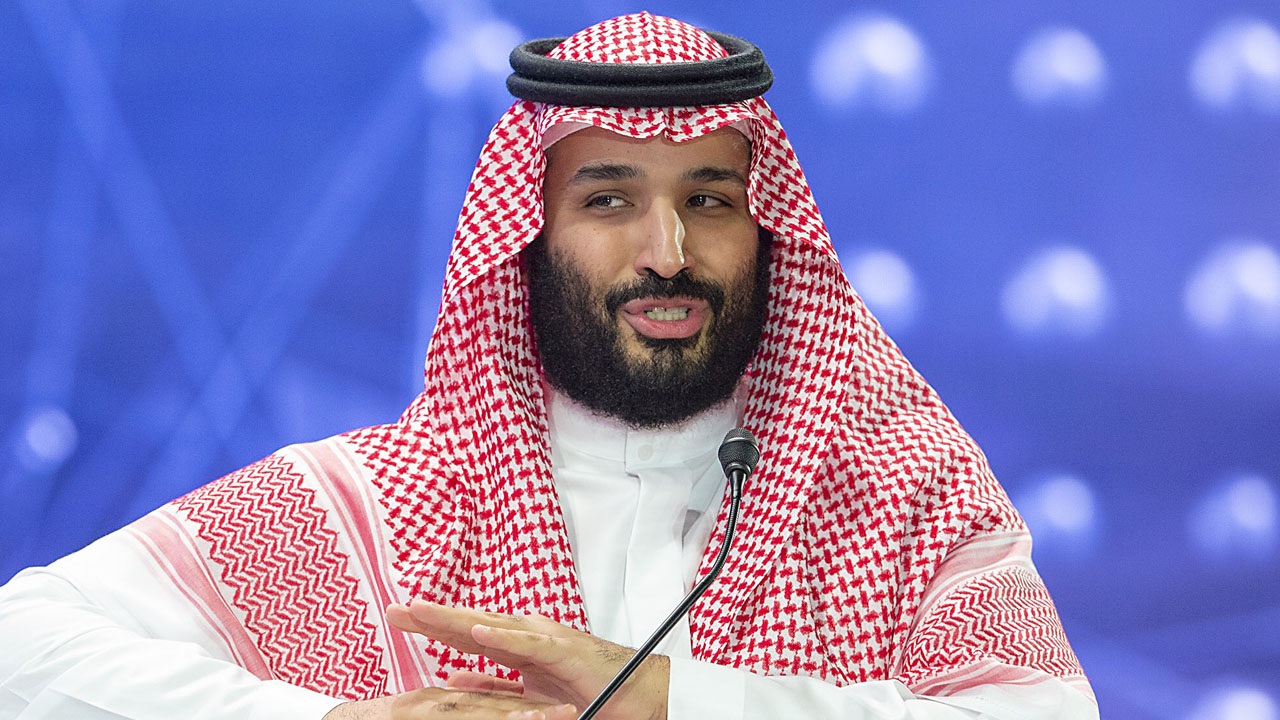 A handout picture provided by the Saudi Royal Palace on October 24, 2018, shows Saudi Crown Prince Mohammed bin Salman speaking during a joint session of the Future Investment Initiative (FII) conference in the capital Riyadh, which included the Crown Prince of Bahrain and the Lebanese Prime Minister. – Saudi Arabia is hosting the key investment summit overshadowed by the killing of critic Jamal Khashoggi that has prompted a wave of policymakers and corporate giants to withdraw. (Photo by Bandar AL-JALOUD / Saudi Royal Palace / AFP) /

The campaign included surveillance, kidnapping, detention and torture of Saudis, said the report which cited US officials who have read classified intelligence reports about the effort.

American officials referred to it as the Saudi Rapid Intervention Group, the Times said.

At least some of the clandestine missions were carried out by members of the team that killed and dismembered Khashoggi in October at the Saudi consulate in Istanbul, suggesting his murder was part of a wider campaign against dissidents, the report said, citing the US officials and associates of some Saudi victims.

The murder of Khashoggi, a Washington Post contributing columnist, generated global outrage including an order from US senators for President Donald Trump to designate and punish those responsible.

He did not comply.

The senators, briefed by the heads of US intelligence agencies, said they were convinced that Prince Mohammed was responsible for the Khashoggi killing.

Saudi Arabia has stressed the prince was not involved.

The kingdom initially said it had no knowledge of Khashoggi’s fate but later blamed rogue agents for his death.

Saudi Arabia’s public prosecutor has charged 11 people over his murder.

Among its activities, the Rapid Intervention Group appears to have been involved in the detention and abuse of prominent women’s rights activists arrested last year, the Times said.

The intervention team was so busy that in June its leader asked a top advisor to Prince Mohammed whether he would give them bonuses for Eid al-Fitr, a major holiday at the end of the Muslim holy month of Ramadan.

Saudi officials declined to confirm or deny that such a team existed, or answer questions from the Times about its work.

The Saudi embassy in Washington did not immediately respond to an AFP query for comment.

The Rapid Intervention Group was authorized by Prince Mohammed and overseen by Saud al-Qahtani, a royal court insider, American officials told the Times.

US intelligence reports did not specify how involved Prince Mohammed was with the group’s work, but said that the operatives saw Qahtani as a “conduit” to the prince, the report said.

Qahtani has been sacked over Khashoggi’s murder but Saudi authorities have not said if was among those charged.

Five of the accused face the death penalty.