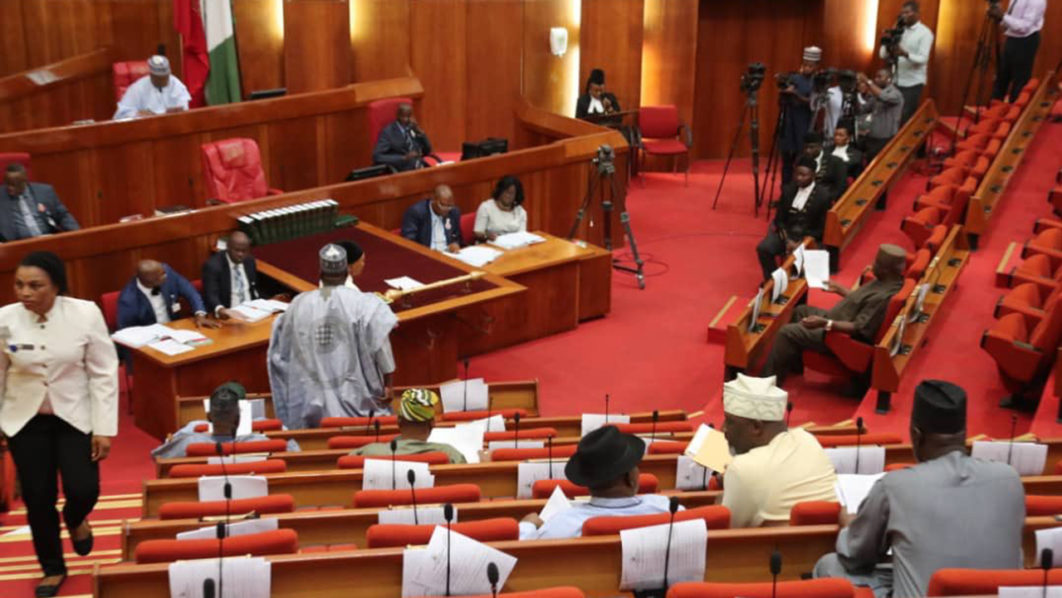 Nigeria Senate on Thursday for the first time read the minimum wage bill seeking an increase in the national minimum wage from the current N18,000 to N27,000.

A minimum wage bill of N27,000 and N30,000 for state and federal workers respectively was on Wednesday sent to the National Assembly by President Muhammadu Buhari.

But the president approved N30,000 for federal workers.

The amount approved by the Council of State is N3,000 short of the N30,000 that the Tripartite Committee on Review of national minimum wage recommended.

The committee, chaired by a former Head of Service of the Federation, Ms Ama Pepple, had submitted the report to Buhari on November 6, 2018, after many months of deliberations.

Prior to the committee’s recommendation, in October, state governors had offered to pay N22,500 as minimum wage.

Nine days after the committee recommended N30,000, on November 15, the Nigeria Governors’ Forum insisted that the states cannot pay the amount, leading to criticism by organised Labour which insisted on N30,000.

On January 8, 2019, the Nigeria Labour Congress held a nationwide protest over what it said was the delay by the Federal Government to transmit a new minimum wage bill to the National Assembly.

However, the Nigeria Labour Congress (NLC) on Tuesday rejected the N27,000.

Peter Ozo-Eson the council has no jurisdiction determining another amount after a Tripartite Committee has submitted its report.

“It is abysmal of government to be delaying the submission of an Executive Bill to the National Assembly and by wrongfully adopting N27,000 through the council of states,” he said.