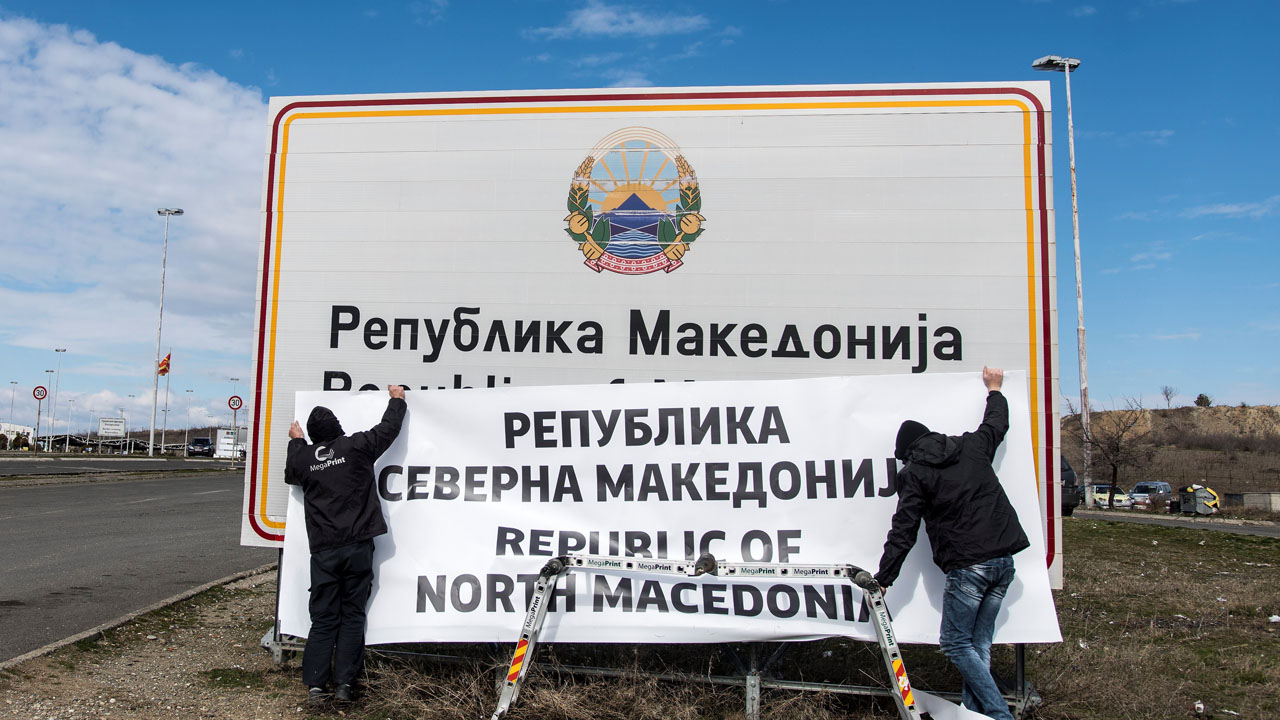 People are at work to change boards at the border between Macedonia and Greece near Gevgelija on February 13, 2019. – The deal between Skopje and Athens to rename Macedonia as North Macedonia came into force on February 12, 2019 after constitutional changes were published in the Official Gazette, the government said in a statement. Since 1991, Athens had objected to its neighbour being called Macedonia because Greece has a historic northern province of the same name. Greece has blocked Macedonia’s NATO and EU integration until it changes the name. (Photo by Robert ATANASOVSKI / AFP)

Skopje and Athens buried a 27-year dispute in agreeing in June last year to rename Macedonia as North Macedonia.

The new name came into force on Tuesday after constitutional changes were published in the Official Gazette and Skopje’s foreign ministry said both countries had informed the UN by letter that the change is now in force.

Skopje is already using the new full name — Republic of North Macedonia — on its official website and Twitter page while the authorities were due later Wednesday to change border signs.

Since 1991, Athens had objected to its neighbour being called Macedonia because Greece has a northern province of the same name.

The issue has held up Macedonia’s attempts to join NATO and the European Union.