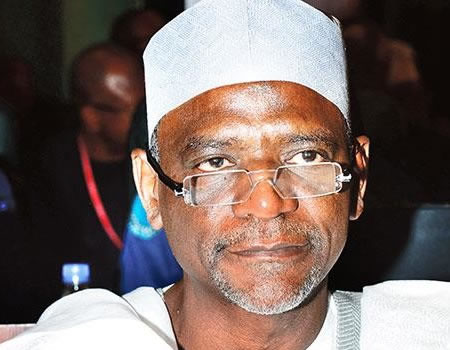 THE Federal Government has received the report of a special committee set up to investigate allegations of sexual abuse of vulnerable minors at the Federal Capital Territory School for the Deaf, Kuje, Abuja.

Police have also apprehended the older student, Sani Isah Filo, who allegedly sodomised a minor, who was a student placed under his watch as the school father. Filo is currently being remanded at Keffi Prison after making a confessional statement to the police.

Minister of Education Malam Adamu Adamu, made this known on Tuesday in Abuja while briefing newsmen on the outcome of the investigative panel raised to look into the allegations by a petitioner, Dr Hannatu Usman Ayuba, on her child molestation.

Adamu, however, said the committee report debunked most of the allegations of poor feeding, poor sanitation, missing children and cannibalism in the vicinity of the school as alleged by Ayuba.

He expressed dismay that the petitioner, Dr Ayuba, after making wide allegations, failed to appear before the committee to further accentuate her earlier claims.

The Minister said the report was inconclusive because of her refusal to cooperate with the committee, saying “this report is inconclusive as her major allegation of her son’s abuse has not been conclusively established or can it be dismissed with a wave of the hand.”

He said: “Some of you here will recall that I had appeared on one edition of the Human Rights Radio programme and promised to set up a broad-based committee to thoroughly investigate the many allegations made by Dr Hannatu.

“Last Friday, March 22, the Committee submitted its report to me. Here are highlights of its findings:

“On Sodomisation of Muhammad Imran Kanun: The Committee sent several invitations both orally and in writing to Dr Hannatu, the petitioner to appear before it and to bring her son who she alleged was sodomised by an older student of the school in primary five, Sani Isah Filo, who also serves as the school father of Imran.

“But all efforts proved fruitless. The Committee could not, therefore, confirm whether or not the boy was molested.

“However, the police report to the Committee stated that they were able to obtain a confession from Sani Isah Filo the alleged abuser of Imran.

“The police said Filo admitted abusing the child. The police have since commenced prosecution and remanded Sani Isah Filo in Keffi prison.

“The Committee from interactions with sign language experts including those involved with Imran established that neither the child nor the mother had sufficient knowledge of sign language, to express, convey and interpret such details about the type of sexual acts alleged by the petitioner and other acts like roasting and eating of human flesh, sucking of human blood, abusing drugs and cultism.

“On Sexual abuse, cannibalism, sucking of human blood and existence of cult in Kuje area which initiates children into it: The police and security report did not lend any credence to all these allegations of untoward things taking place in the school or in the Kuje area.

“No parent reported any missing child or of children dying in the school at least for the past five years. The medical team I had mentioned earlier which comprised 12 doctors from both the public and private sectors, carried out a random medical examination on 170 out of the 630 children of the school and did not find any evidence to support this claim.

“There was also no evidence of blood extraction found. These allegations are, therefore, unfounded and baseless,” he said.

Jake Epelle, Founder of Albino Foundation, who chaired the joint committee of the Federal Ministry of Education and the Federal Capital Territory, said the committee worked dispassionately without influence from any quarters, considering the weighty allegations made by the petitioner and the vulnerable child involved.