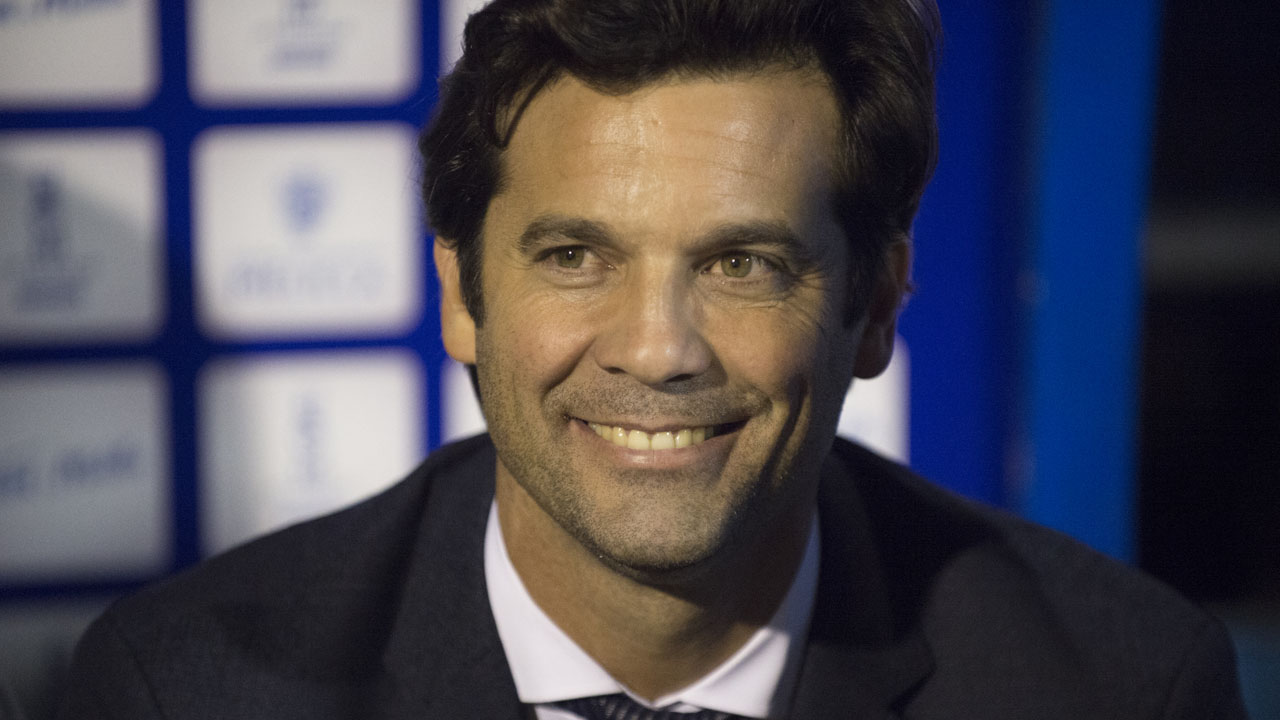 Santiago Solari came through the dress rehearsal with flying colours but now for the real thing.

Real Madrid’s stroll past Melilla from Spain’s third tier in the Copa del Rey was a particularly kind opening assignment, the type of which Julen Loptegegui must have longed for during his miserable run of one win from seven matches.

Solari, put in temporary charge, said the right things in his opening press conference on Tuesday, largely by saying very little at all, and then a day later did the right thing by overseeing an expected, but still emphatic, 4-0 victory. So far, so good.

Already Solari is being discussed as a realistic option for longer than the 15 days that regulations allow a provisional coach to work.

With every success, and without a clear alternative, his status will be enhanced.

The next step is to transmit early enthusiasm into something more substantial, namely wins at home to Real Valladolid, now owned by Solari’s former Brazilian team-mate Ronaldo, and away to Viktoria Plzen in the Champions League next week.

Then comes a trip to Celta Vigo before time is up. Four wins out of four and club president Florentino Perez might well view his problem solved, at least until the end of the season.

“The commitment of the players is not to me, even though I’m here now,” Solari said on Wednesday. “The commitment is to this shirt, to Madrid and to themselves.”

But first, Valladolid, unbeaten in seven and boasting five wins from their last six, should offer a deceptively tricky test.

Their defence is one of the meanest in La Liga and more than capable of restricting a Madrid team bereft of attacking inspiration in recent weeks.

To that end, Solari’s deepest imprint from three full days in charge has been a show of faith in Vinicius Junior, the 18-year-old striker signed for 45 million euros from Flamengo in the summer.

By no fault of his own, Vinicius has become a battle-ground for Madrid’s failings this season. He plays in the position they have struggled in most and where Cristiano Ronaldo once thrived.

His age is symptomatic of Perez’s transfer policy in recent years, a preference for youth over proven quality. He was the club’s signing, not Lopetegui’s, which meant every line-up without him became about something more than just the football.

Solari pricked the balloon by handing him his first start, and 90 minutes, against Melilla. He was excellent, only lacking the goal his all-round performance deserved.

“It was a very important match for me,” Vinicius said afterwards. “A moment that I will forever remember in my career.”

The question now is whether Vinicius is ready for a prolonged stint in the side and if so, at whose expense.

Karim Benzema has lost the scoring habit but is a grafter and well-respected in the dressing room. Gareth Bale is only three months into his own fresh start after Zinedine Zidane.

“Vinicius needs to mature but needs to play too, obviously,” Solari said.

It touches at a wider problem for the interim coach, about the balance between pragmatism, how best to win in the short-term, and those decisions and beliefs that need time to bear fruit.

As well as Real Madrid, Solari played for Argentina, Inter Milan and River Plate. He played under Vicente del Bosque, Roberto Mancini, Ramon Diaz, and with, Zidane, Ronaldo and Luis Figo. He will have his own ideas about how the game should be played.

A successful fortnight would be a relief for Perez, whose alternatives look as few as when he sought Zidane’s successor in the summer.

By the end of the season, the landscape might have changed. Mauricio Pochettino, Jose Mourinho or Joachim Low could be more attainable. By then, Solari might trump the lot.

Barcelona landed the knock-out blow for Lopetegui, their 5-1 win at the Camp Nou extending an upward curve for Ernesto Valverde and his team.

The league leaders travel to struggling Rayo Vallecano on Saturday, looking for a fifth consecutive win.

Behind them in second sit Alaves, whose astonishing start to the season continues away to Eibar. Atletico Madrid face Leganes while on Sunday, Sevilla travel to Real Sociedad.