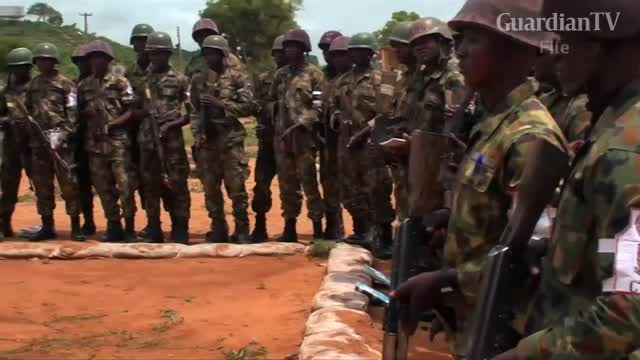 Following the rising spate of renewed insurgent attacks and killings in the northeast, especially the recent massacre of scores of Nigerian soldiers in the frontline of Matete, Borno State, President Muhammadu Buhari has dispatched the Minister of Defence, Brig-Gen. Mansur Dan-Ali (rtd) to Chad for an emergency meeting with the Chadian President, Idris Deby, on the deterioration of security at the Nigeria-Chad border.

Dan-Ali had on Thursday briefed Buhari on security development across the country and the recent killings of some Nigerian soldiers by the Islamic West Africa Province, a breakaway Boko Haram sect operating along the border.

News reports had quoted security sources on November 21 as saying that no less than 44 soldiers were killed during the attack on a military base in Matete, a remote village in Borno State bordering Nigeria and Chad.

Diplomatic sources, however, told the News Agency of Nigeria (NAN) that the minister would also be meeting his Chadian counterpart during his mission to Chad to identify what had led to the recent increase in Boko Haram terrorism in the area.

The sources, who preferred not to be named, said: “Nigeria has a Chad problem in the Multi-National Joint Task Force (MNJTF) put together to secure the Lake Chad Basin area and repeal the Boko Haram terrorism attacks against all the countries neighbouring the lake,” adding that Chad was believed to have its own internal security challenges and this has reportedly led to their pulling away their troops manning their own border around Lake Chad.

“That lacuna is being exploited by the Boko Haram terrorists, who go in and out of Nigeria, Niger and Cameroun to launch terrorist acts. This is a clear illustration of the fact that terrorism is beyond national borders,” the sources added.

When contacted, the Senior Special Assistant to the President on Media and Publicity, Mallam Garba Shehu, said he was aware that the minister would be going to Chad, but said: “I’m unaware of his mission there.”

The President is said to be worried over the deterioration of security situation on the border.