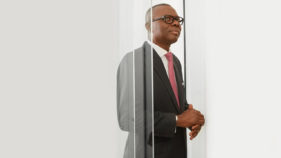 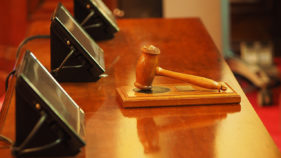 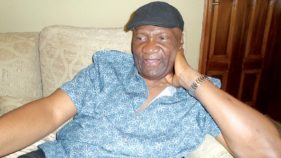 The armed soldiers also invaded the newspaper’s head office in Abuja, packing computer sets and ordering all members of staff to leave the newsroom a few hours after the Maiduguri invasion.

The action may have been prompted by the newspaper’s lead story headlined ‘Military Prepares Massive Operation to Retake Baga, Others’ yesterday. The whereabouts of the two journalists are unknown.

The military men also shut the gates of the Maiduguri regional office of the newspaper. They also allegedly forced the gate open at the head office, driving in with three Jokic vans loaded with armed soldiers.

Eyewitnesses said a combined team of soldiers, DSS, and civil defence officers carried out the invasion.

As at the time of filling this report at 18.30GMT, the newspaper’s lead story, which is believed to have caused the offensive, was pulled down from its online publication. The story was later restored.

The touchiness of the military and its swift action against the newspaper house may not be unconnected with the recent setback soldiers have suffered in the hands of the insurgents, who have repeatedly launched massive attacks on military formations that recorded the deaths of many soldiers, particularly in Melete.

Although the story does not say when the military will swing into action, it gives detailed information about the towns and villages retaken by the insurgents in spite of denials by the authorities.