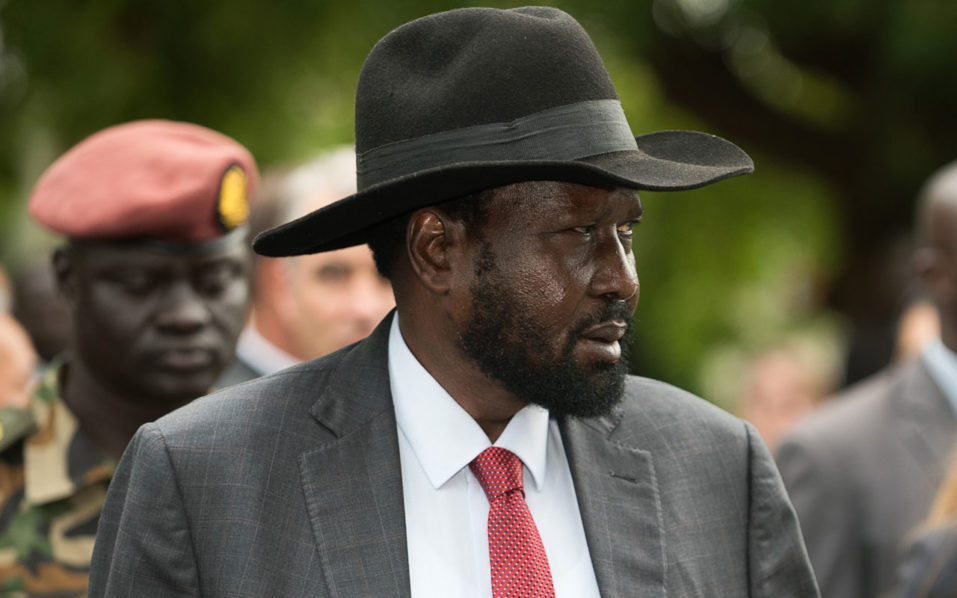 South Sudan President Salva Kiir has rejected opposition calls for him to resign as part of efforts to end a civil war, accusing anti-government groups of making “unreasonable demands” in peace talks.

Despite several agreements and ceasefires, fighting has rumbled on in South Sudan with barely any break since it first erupted in 2013, just two years after independence, killing tens of thousands.

In talks in the Ethiopian capital Addis Ababa led by East African bloc IGAD, 10 opposition groups last month demanded Kiir step aside. They also want a transitional parliament dissolved and replaced by a new one formed with less than 200 members.

“The people who are fighting with us have unreasonable conditions to make peace,” Kiir said during a ceremony for his deceased army chief, General James Ajongo Mawut late on Tuesday.

“They think that I am the obstacle to peace and if I am removed after signing the Agreement then there will be no problem,” he added.

“They want me to sign the agreement and then step down immediately. Just imagine, what is my incentive in bringing peace if it is peace that I will bring and then I step aside? Nobody can do it. Bashir (Sudanese President Omar al-Bashir) didn’t do it when we are fighting with them.”

The government and rebel groups signed the latest ceasefire in December in Addis Ababa, aiming to revive a pact reached in 2015. But the truce was violated within hours.

Another series of talks that were scheduled for this week were postponed, and are now expected to take place in early May.

Civil war first erupted when troops loyal to Kiir clashed with forces loyal to Riek Machar, then the vice president. Tens of thousands of people have been killed and much of the nation has faced dire food shortages.

IGAD said last month Machar should be released from house arrest in South Africa as soon as possible, on condition that he renounces violence.

The fighting has slashed oil production and driven about a third of the population of 12 million from their homes.

The U.N. refugee agency estimates 3.1 million will be refugees in neighbouring countries by the end of this year.