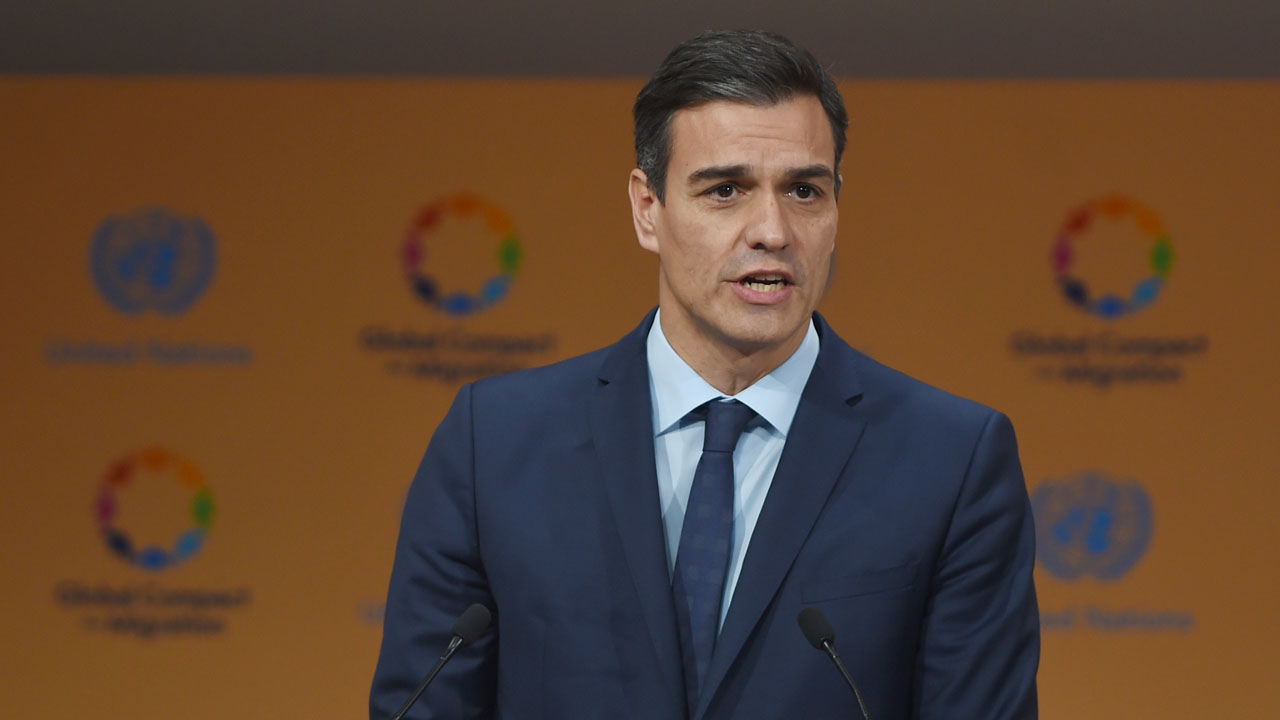 Spanish Prime Minister Pedro Sanchez addresses the United Nations conference on migration on December 10, 2018 in the Moroccan city of Marrakesh. – Politicians from around the globe gathered in Morocco for a major conference to endorse a United Nations migration pact, despite a string of withdrawals driven by anti-immigrant populism. The Global Compact for Safe, Orderly and Regular Migration was finalised at the UN in July after 18 months of talks and is due to be formally adopted with the bang of a gavel at the start of the two-day conference in Marrakesh. (Photo by FETHI BELAID / AFP)

Spanish Prime Minister Pedro Sanchez said Wednesday his cabinet would approve next week a 22 percent increase in the monthly minimum wage to 1,050 euros ($1,192) in 2019.

The increase, “the biggest since 1977”, will be submitted to a cabinet meeting in Barcelona on December 21, he told parliament.

“A rich country can’t have poor workers,” said Sanchez, who is widely expected to call an early general election next year.

The measure was part of his minority Socialist government’s draft 2019 budget unveiled in October but which he is struggling to pass in parliament so it will now be approved by decree.

The announcement comes after French President Emmanuel Macron unveiled Monday a 100-euro ($113) per month increase in the minimum wage from next year in a major concession to “yellow vest” protests which have roiled the country.

After years of austerity policies imposed to cope with the fallout from the 2008 financial crisis, governments are under increasing pressure to ease the purse strings, especially for the lower paid.

Sanchez’s Socialists control just 84 seats in the 350-seat parliament, the smallest number for a government since the country returned to democracy following dictator Francisco Franco’s death in 1975.

He negotiated the draft 2019 budget with far-left party Podemos, which controls 67 seats, but would still need the support of Catalan separatist parties to pass the spending plan and they have steadfastly refused.

The government estimated the minimum wage hike will cost the state 340 million euros per year.

Employers groups and the conservative opposition parties, the Popular Party (PP) and Ciudadanos, oppose the wage hike, saying it will hurt job creation.